Modi a 'very good friend', US will give 'a lot of ventilators' to India: Trump - EasternEye

Modi a ‘very good friend’, US will give ‘a lot of ventilators’ to India: Trump 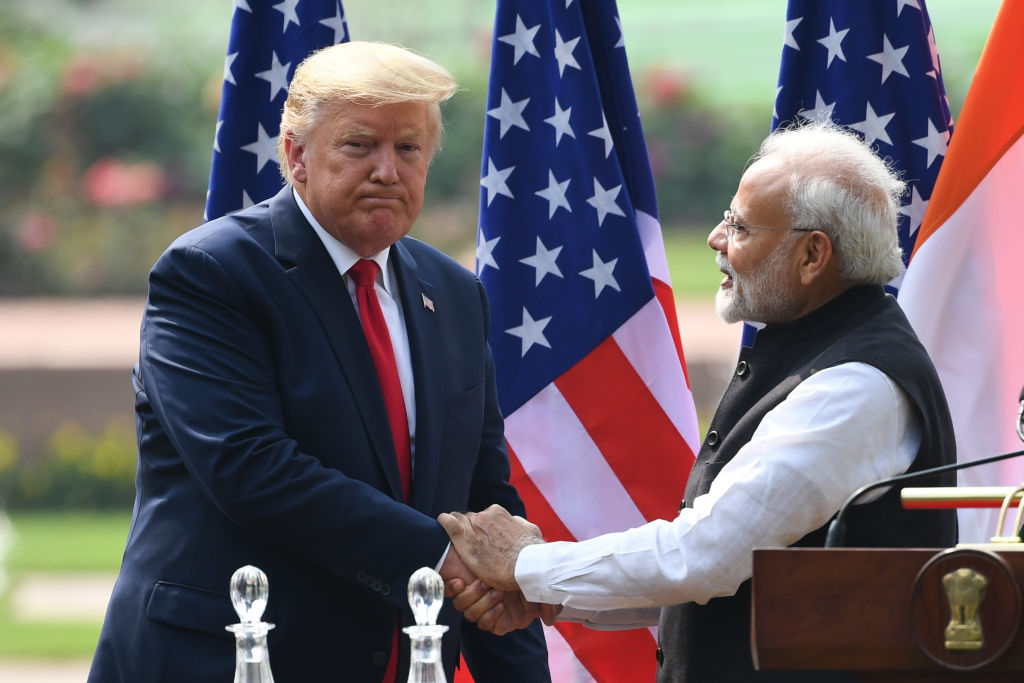 DONALD TRUMP has said the US will donate “a lot of ventilators” to India, moments after he underlined the close partnership between the two countries and calling Narendra Modi his “good friend”.

The US president also said the Washington and New Delhi were cooperating to develop a vaccine for the deadly coronavirus that has claimed 307,666 lives and infected more than 4.5 million people globally since it emerged in China in December last year.

“I am proud to announce that the United States will donate ventilators to our friends in India,” Trump said in a tweet.

The White House, however, did not reveal the number of ventilators that would be sent.

“Together we will beat the invisible enemy! We stand with India and Prime Minister Modi during this pandemic.”

At Trump’s request, India had last month allowed the export of 50 million hydroxychloroquine tablets to treat Covid-19 patients in America, the country worst-hit by the pandemic, with 87,530 deaths and over 1.4 million infections reported so far, according to Johns Hopkins University data.

“India has been so great and, as you know, your prime minister has been a very good friend of mine. I just got back a short while ago from India and we are very much together,” Trump said, referring to his visit to New Delhi, Ahmedabad and Agra in February.

He added that Indian-Americans were “great” scientists and researchers, who were contributing to the development of the coronavirus vaccine.

“The president just extolled our great relationship with India. India has been a great partner to us for quite some time. I am encouraged to hear ventilators to India,” White House Press Secretary Kayleigh McEnany said during a press briefing.

She said India will be among several countries that would be getting the ventilators.

A number of countries, including India, are trying to procure ventilators needed for hospitals to deal with the demand caused by the coronavirus outbreak.

Last month, China had also said it was ready to help India procure the ventilators to treat coronavirus patients, but underlined that Chinese firms are finding it difficult to scale-up production as they needed imported parts.