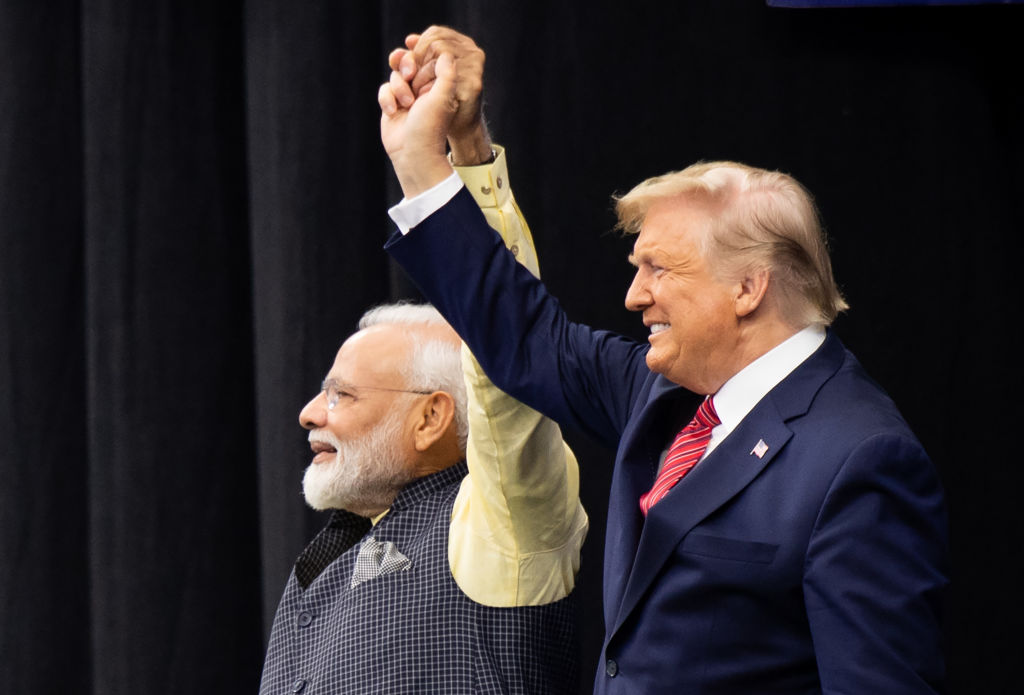 "In the last 20 years, we have seen a 500 per cent increase in the trading relations between the US and India. As President Trump said during his visit to India, we want to build on the foundation for more growth and prosperity," says US vice president Mike Pence. (Photo: SAUL LOEB/AFP via Getty Images)

He credited Prime Minister Modi and President Trump for strengthening the bilateral ties and said the relationship between India and the US has never been so strong, but the best is yet to come.

“So much of the strong India-US ties is a result of the relationship that President Trump and Prime Minister Modi have forged. They are both larger than life figures. People know where they stand. They have great aspirations,” Pence said.

He said the relation between the US and India is deeply personal and has only grown with time.

“What lies at the core of the dramatic growth in the relations are those family ties, those economic ties, and ultimately those shared values – two strongest and prosperous democracies in the world,” Pence said.

“We want to continue to build the relationship with India for the greater prosperity of both nations. The best is yet to come for both India and the United States.”

He also cited the tremendous growth in bilateral trade ties as well as defence and noted that both countries favoured a free and peaceful Indo-Pacific region.

“In the last 20 years, we have seen a 500 per cent increase in the trading relations between the US and India. As President Trump said during his visit to India, we want to build on the foundation for more growth and prosperity,” Pence said.

He also noted that about four million Indian-Americans had made enormous contributions in the incredible relationship between India and the US.

The Trump administration has reaffirmed America’s commitment to a free and open Indo-Pacific, he added.

“While we saw China with the One Belt, One Road initiative, under President Trump’s leadership, we reaffirmed our commitment to the economies of the region to America’s interest and partner with India,” Pence said as he identified energy, infrastructure and space as some of the areas that would strengthen this partnership in the decades to come.

Modi and Trump addressed a huge crowd in Ahmedabad during the US president’s visit to India in February this year. Trump was also accompanied by his wife Melania, daughter Ivanka, son-in-law Jared Kushner and top brass of his administration on his trip to India.

Titled “Four More Years” the 107-second video starts with the iconic footage of Modi and Trump walking hand in hand at the NRG Stadium in Houston during the prime minister’s visit to the US last year wherein the leaders of the world’s two largest democracies made a joint address before a strong crowd of Indian-Americans numbering more than 50,000.

Baking classic desserts a piece of cake for Gill

Birthday Special: Top 5 songs of Udit Narayan from the 90s