Met commissioner on notice after ‘shocking’ findings by watchdog 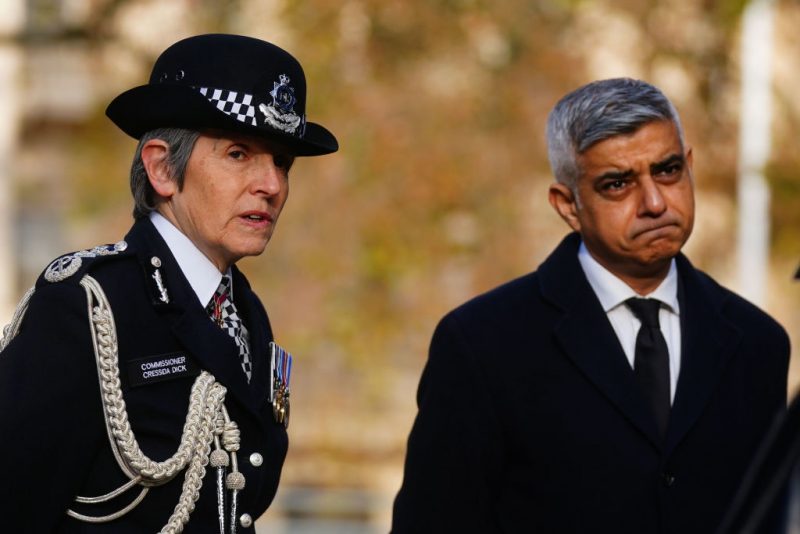 A report by the police watchdog on Tuesday (1) found out that London police sent each other “shocking” racist, sexist and homophobic messages, piling pressure on the force after an officer raped and murdered a young woman.

The messages were exchanged on WhatsApp and Facebook by a now-disbanded Westminster police unit between 2016 and 2018, said a report by the Independent Office for Police Conduct (IOPC).

Among the findings, the report found the officers had joked about rape, domestic violence and killing black children.

The mayoral spokesperson said Khan and Dame Cressida Dick had taken part in a “very frank discussion which lasted for well over 90 minutes” about the force and the changes needed.

“The mayor made clear to the Commissioner how angry he is with a return to the bad days of the Met of his childhood in the 1970s and 80s, and that neither he nor Londoners will put up with this,” the spokesperson was quoted as saying by the BBC.

“He has put the Commissioner on notice. He said the Met needs to urgently show it has an effective plan for restoring the trust and confidence of Londoners in the police and to drive out the culture of racism, homophobia, bullying and misogyny which clearly still exists within its ranks.”

Home secretary Priti Patel said earlier she had been left “appalled and sickened” by the report.

The Met Police commissioner is appointed by the Queen following a recommendation from the home secretary, although the views of London’s mayor are considered as part of the process.

According to the watchdog report, Police officers made multiple references to sexual violence including “I would happily rape you”, while in another discussion an officer said he hit his girlfriend as “It makes them love you more”.

One police officer repeatedly boasted about having sex with a prostitute he met through work, while another was referred to as “mcrapey raperson” after he was rumoured to have brought a woman to a police station for sex.

The messages include the use of homophobic and racist language, including references to African children, Somalis and the Nazi concentration camp at Auschwitz, the report said.

There were also references to so-called Muslim “fanatics” and the use of offensive terms for disabled people.

Last year’s kidnap, rape and murder of Sarah Everard by a serving London police officer rocked the country and prompted calls to address sexism and misogyny in the police.

Some police officers felt unable to raise concerns about the language being used because the messages also contained so-called “banter” that was a cover for bullying and harassment, the report said.

“We know from other recent cases that these issues are not isolated or historic,” said IOPC regional director Sal Naseem.

The IOPC investigated 14 Metropolitan police officers, two of whom had a case to answer for gross misconduct. One of those was sacked and one resigned.

Misconduct was proven against another two, one of whom received a written warning, while another four had internal measures to improve their performance, the report said.

“It’s clear we have a lot of work to do to ensure bullying and discrimination does not exist in any part of the Met,” he said.

The government is conducting a review of culture and standards in the London police force in the wake of Everard’s murder.