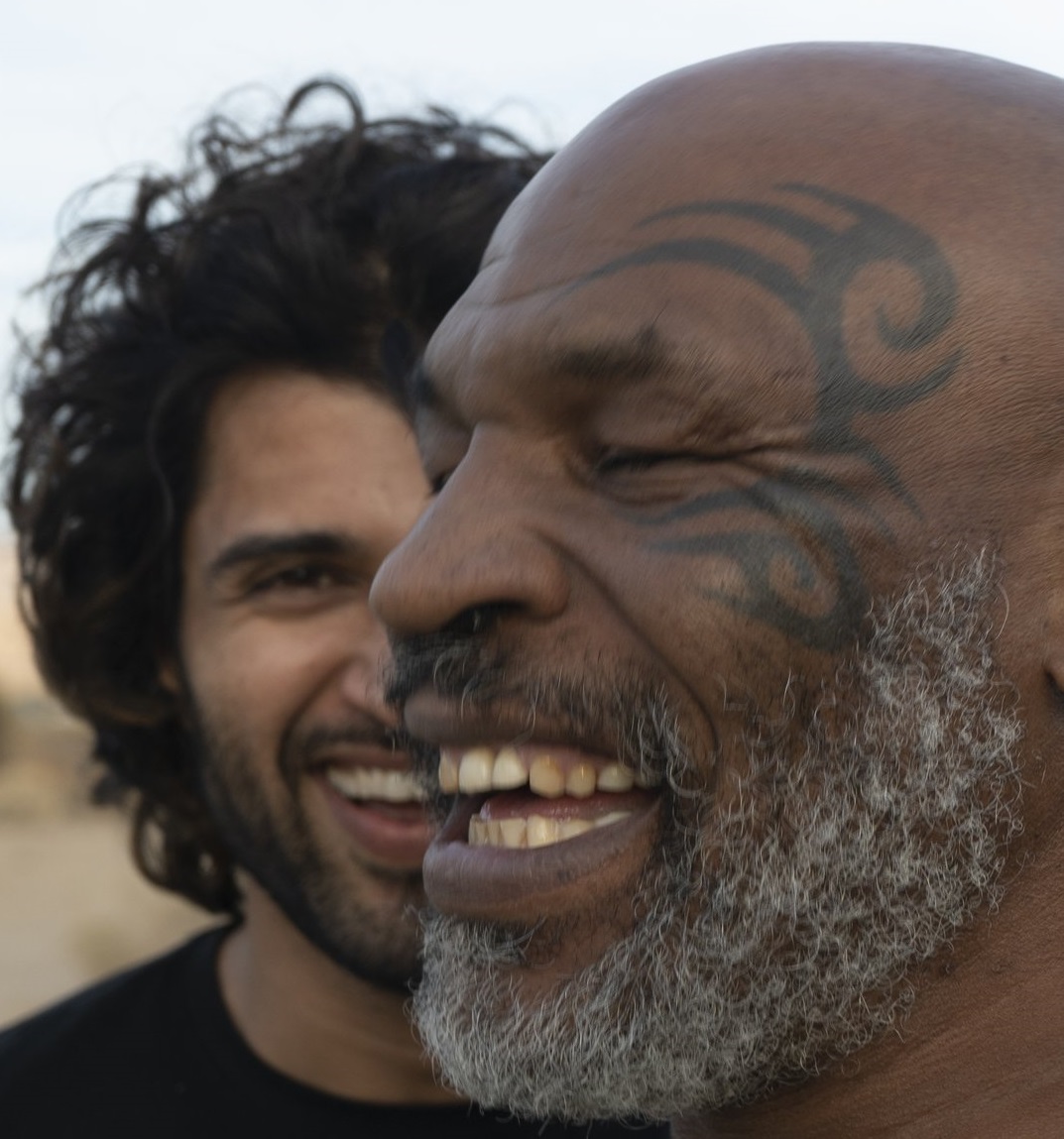 A few weeks ago, it was announced that boxing star Mike Tyson will be seen in Puri Jagannadh’s Liger which stars Vijay Deverakonda in the lead role. On Diwali this year, the makers had also shared a poster featuring Tyson.

Now, finally, Tyson has started shooting for the film along with Deverakonda. The US schedule of the movie has started and Deverakonda took to Twitter to share a picture of himself with Tyson.

The actor tweeted, “This man is love Every moment I am making memories! And this one will forever be special.. #Liger Vs The Legend.. When I came face to face with Iron @MikeTyson.”

This man is love ❤️

Every moment I am making memories! And this one will forever be special..#Liger Vs The Legend..

When I came face to face with Iron @MikeTyson pic.twitter.com/F2QRpIaitS

Liger also stars Ananya Panday, Ramya Krishnan, and Ronit Roy. The film is being shot in Hindi and Telugu, but it will be dubbed and released in various languages like Tamil, Kannada and Malayalam.

The movie was slated to release in September this year, but due to the second wave of Covid-19 in India, the release was postponed. The makers have not yet announced the new release date.

Earlier this year, the first look poster of the film was unveiled, and it had received a great response from Deverakonda’s fans. So, the actor had posted on Instagram, “My loves 🤍 Yesterday you made me emotional, happy emotional :’) Your love has reached me! There was a time I worried if anyone would notice the work I did, if people would turn up to the theaters, yesterday we released just the First Look poster of #Liger and the scenes of celebration across states moved me. Listen & Remember these words – You just wait for the teaser – I am guaranteeing Nation wide Madness! Full Love Your man, Vijay Deverakonda.”