AN award-winning writer has revealed the challenges of adapting Yann Martel’s much-loved novel Life of Pi for the stage, as it premiered in Sheffield last month.

Based on the Man Booker Prize winning novel, Lolita Chakrabarti’s adapted theatrical version has been lauded by critics and audiences since it debuted last month.

The narrative follows Pi, who is portrayed by Sri Lankan actor Hiran Abeysekera, as he faces a fight for survival aboard a lifeboat with a Bengal tiger in the middle of the Pacific Ocean.

Chakrabarti, who read the book when it originally came out in 2002, said she tried to stay as faithful to the novel as she could. However, the adaptation process came with challenges.

“It’s a fantastic story for a novel, but for the stage, it has no dramatic drive,” Chakrabarti told Eastern Eye on Monday (8). “A lot of the book follows Pi in the ocean and his philosophical thoughts. It is wonderful in a book when you’re sitting and reading it, but on the stage, you need action, story and things that change you as a person in the play.”

“So, to try and find how to tell a story that changes Pi, the tiger, all the other animals that journey and his parents and friends (…) that has been a challenge.”

There were various incidents throughout the original story which Chakrabarti would have loved to adapt for the stage – but unfortunately, time constraints meant she had to leave some material out. “Otherwise it would be a seven-hour play,” she laughed.

Already adapted for the screen by director Ang Lee in 2012, the Hollywood version created most of the film’s settings and animal characters with CGI effects.

For the theatrical version, the puppetry designs of Nick Barnes and Finn Caldwell were used to bring the animals to life. And, since the play premiered at Sheffield’s Crucible Theatre last month, critics and audiences have praised the “captivating” production for bringing the novel “stunningly to life”.

Was it nerve-wracking for Chakrabarti to reveal the play, a production that she had worked on for more than two years, to the public?

“Absolutely,” she said. “When we did the first open dress rehearsal with an audience, it felt like I was revealing a secret, as I’d been working on it privately for some time.”

Yann Martel, the author of the original novel, came to see the production in Sheffield last weekend. Chakrabarti was keen that the Spanish Canadian writer was part of the process, revealing that she did not want him to feel that the production left out vital parts from the original book.

“I’m very aware that Life of Pi is his baby,” she said, revealing that Martel gave feedback on early versions of the script. “I wanted him to be involved in it, and his feedback was always good. He raised issues about how we should regard the animals and their relationship with Pi, and I really tried to seep those [suggestions] in.”

Although born in Hull, Chakrabarti later relocated to Birmingham where she spent her teen years.

The arts was always an early interest – she got involved when she was in secondary school and credited her drama teacher for influencing her interest in the theatre. “I remember her taking our O-Level drama class to the West End and feeling like I was home,” she fondly recalled.

Now, Chakrabarti is an established actress and writer. She has starred in a variety of roles – including Sky Atlantic’s Riviera and the upcoming Netflix drama Criminal. And her critically acclaimed play Red Velvet has been staged in various locations across the UK and the US since its premiere in 2012.

However, despite her love for both, she revealed that she finds there is more power in writing. “Acting is my first love,” she said, “but in writing, you can create worlds and stories.”

Chakrabarti, who recently turned 50, is married to actor Adrian Lester. The pair have two daughters, Lila and Jasmine, who the writer hopes are eager to engage with the arts.

However, she is content for them to make their own decision on whether to make it a career. The London-based writer said: “Whether they do it is up to them, but I do think the arts should be part of everyone’s lives.”

Life of Pi is showing at the Crucible Theatre in Sheffield until next Saturday (20). 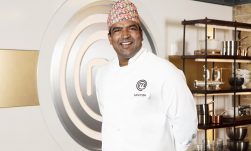 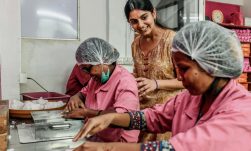 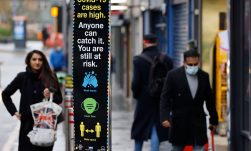