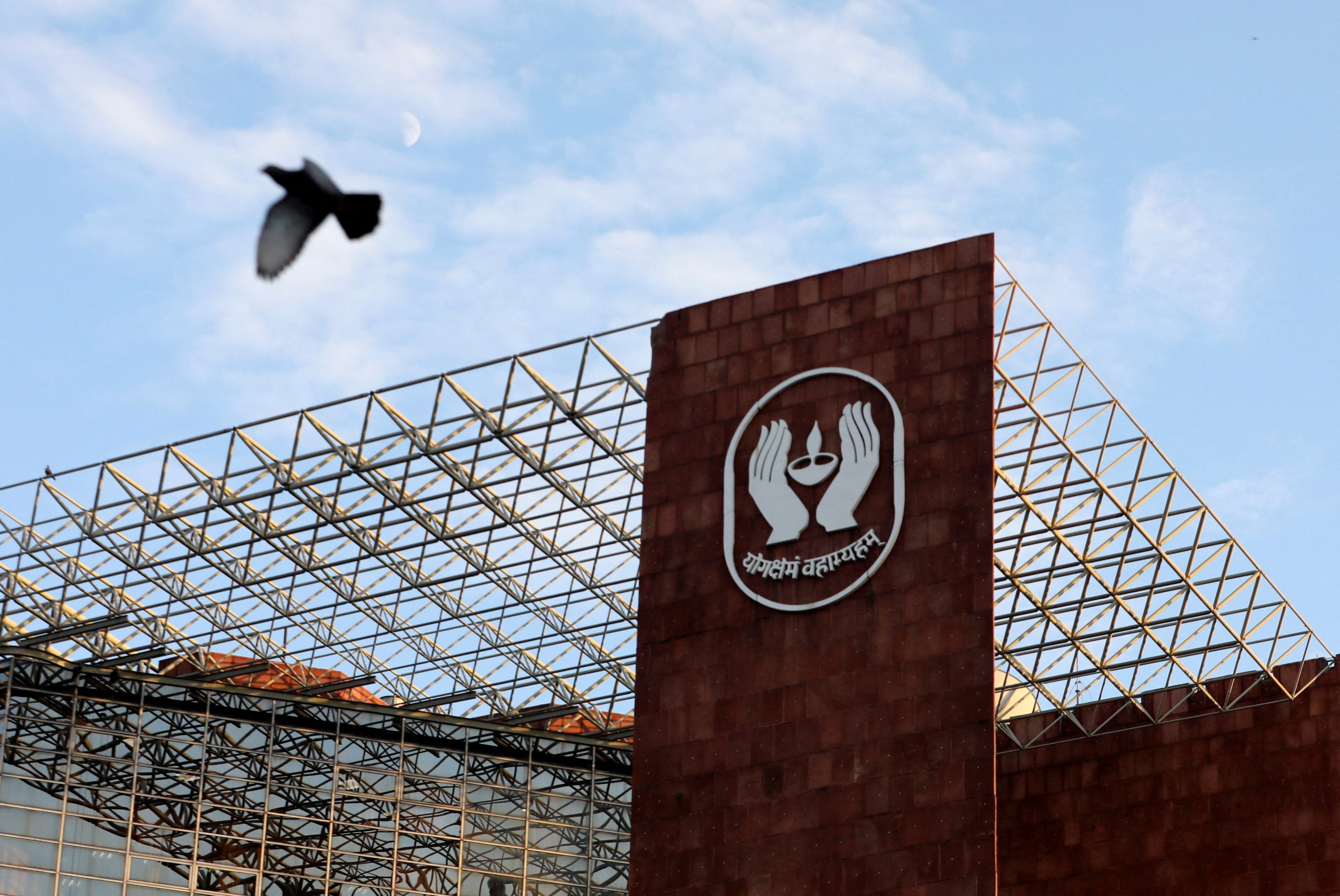 Life Insurance Corporation of India has a majority share of the life insurance market in India and it also has a subsidiary in Singapore and joint ventures in Bahrain, Kenya, Sri Lanka, Nepal, Saudi Arabia and Bangladesh. (REUTERS/Anushree Fadnavis/File Photo)

LIC’s listing is set to be India’s biggest-ever IPO, with the government aiming to raise up to Rs 900 billion (£8.86 bn) from selling a stake.

Officials are working on the valuation of the company which manages more than $450 bn (£327.46 bn) of assets, and once that is completed, they will issue a draft IPO prospectus for investors, a government and two banking sources with direct knowledge of the matter said.

“We will be ready to file the draft prospectus as soon as the final embedded value is communicated and we are working with a timeline of doing that by month-end,” one of the banking sources said.

The embedded value, a measure of future cash flows in life insurance companies and the key financial gauge for insurers, will determine the final valuation of LIC.

The finance ministry and LIC did not immediately respond to email requests seeking comment on the timelines. The embedded value had been expected to come out in November.

LIC has a majority share of the life insurance market in India and the government hopes the proceeds from the IPO will help bridge a deficit gap this fiscal year. The listing will also bring more transparency into the working of the state-run company.

The insurance giant also has a subsidiary in Singapore and joint ventures in Bahrain, Kenya, Sri Lanka, Nepal, Saudi Arabia and Bangladesh.

“Roadshows are expected to start from next month onwards and given the current scenario it is expected to be all virtual,” the source added.