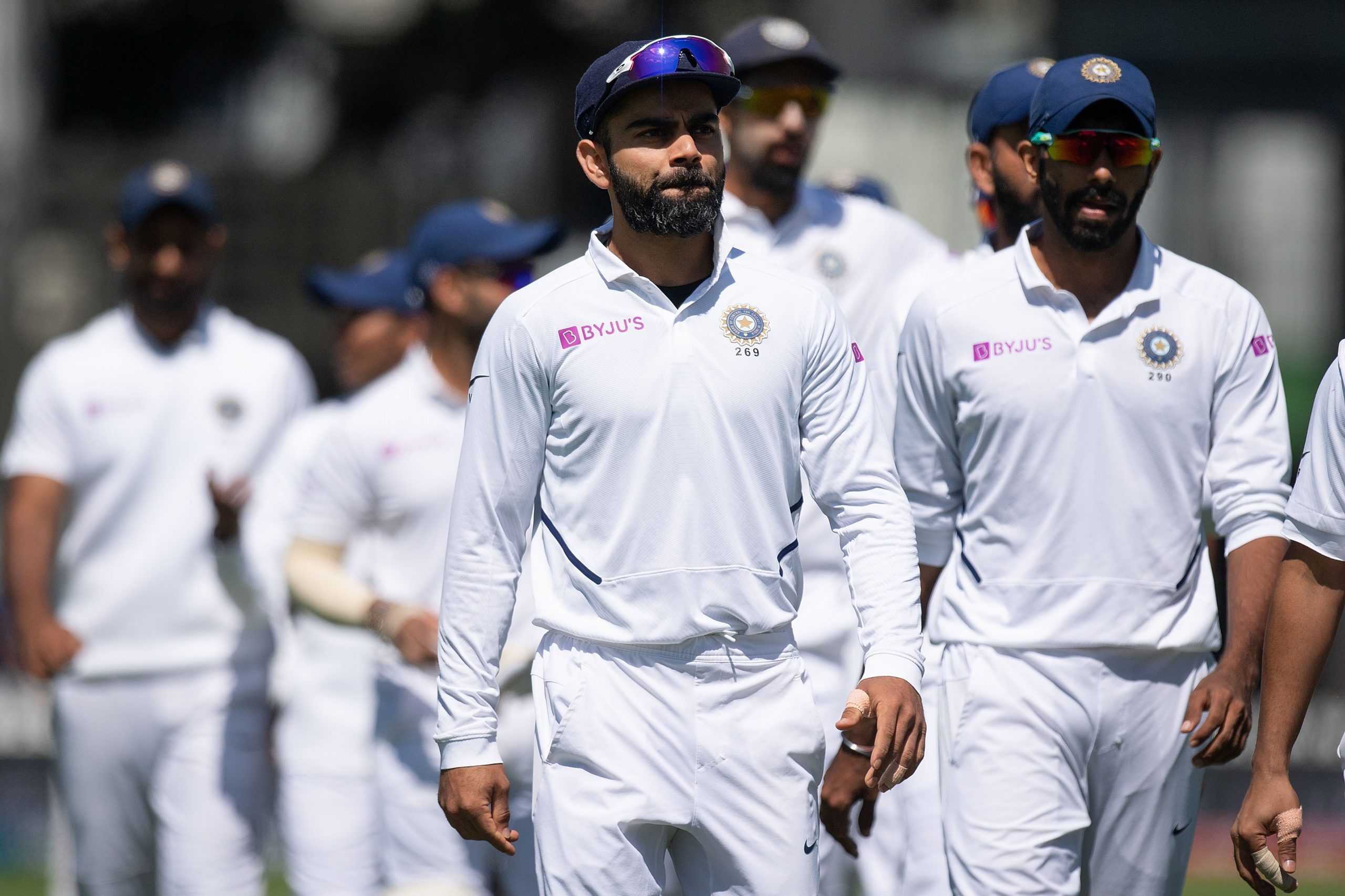 Virat Kohli and his teammates walk off the pictch after losing a Test match to New Zealand in Wellington, last year. (Photo by MARTY MELVILLE/AFP via Getty Images)

INDIA captain Virat Kohli said on Wednesday (2) that India and New Zealand would contest the inaugural World Test Championship (WTC) final as equals, despite expectations that playing conditions would better suit his opponents.

The limited preparation time available to India before the final, which begins on June 18 at the Ageas Bowl in Southampton, would not impact the team’s chances due to their previous experience of playing in England, Kohli added.

India lost 2-0 to New Zealand in their two-Test series last year – their only defeat in the WTC, which began in August 2019.

“We are on equal terms,” Kohli told a news conference. “The conditions are as potent for New Zealand as they are for us. Whichever team performs well session by session, hour by hour, is going to win that championship.

“In the past, we’ve landed three days prior to the schedule and had a great tour. It’s not the first time we’re touring England. We all know what the conditions are like.

“We don’t have any issues even with just four practice sessions ahead of the final. We all want to make the most of the opportunity at hand.”

Kohli added that reaching the final was a testament to India’s recent progress in the format and held a lot of value for the team.

“We take pride in playing Test cricket,” he said. “The way we have progressed as a side is an example of what Test cricket means to us.

“As a unit, those of us who have been part of the Test side for years, this is an accumulation of all our hard work. We are very happy to take the opportunity to play the finals.”

India will undergo 10 days of quarantine on arrival in Southampton while New Zealand are currently playing England at Lord’s in the first of two Tests.