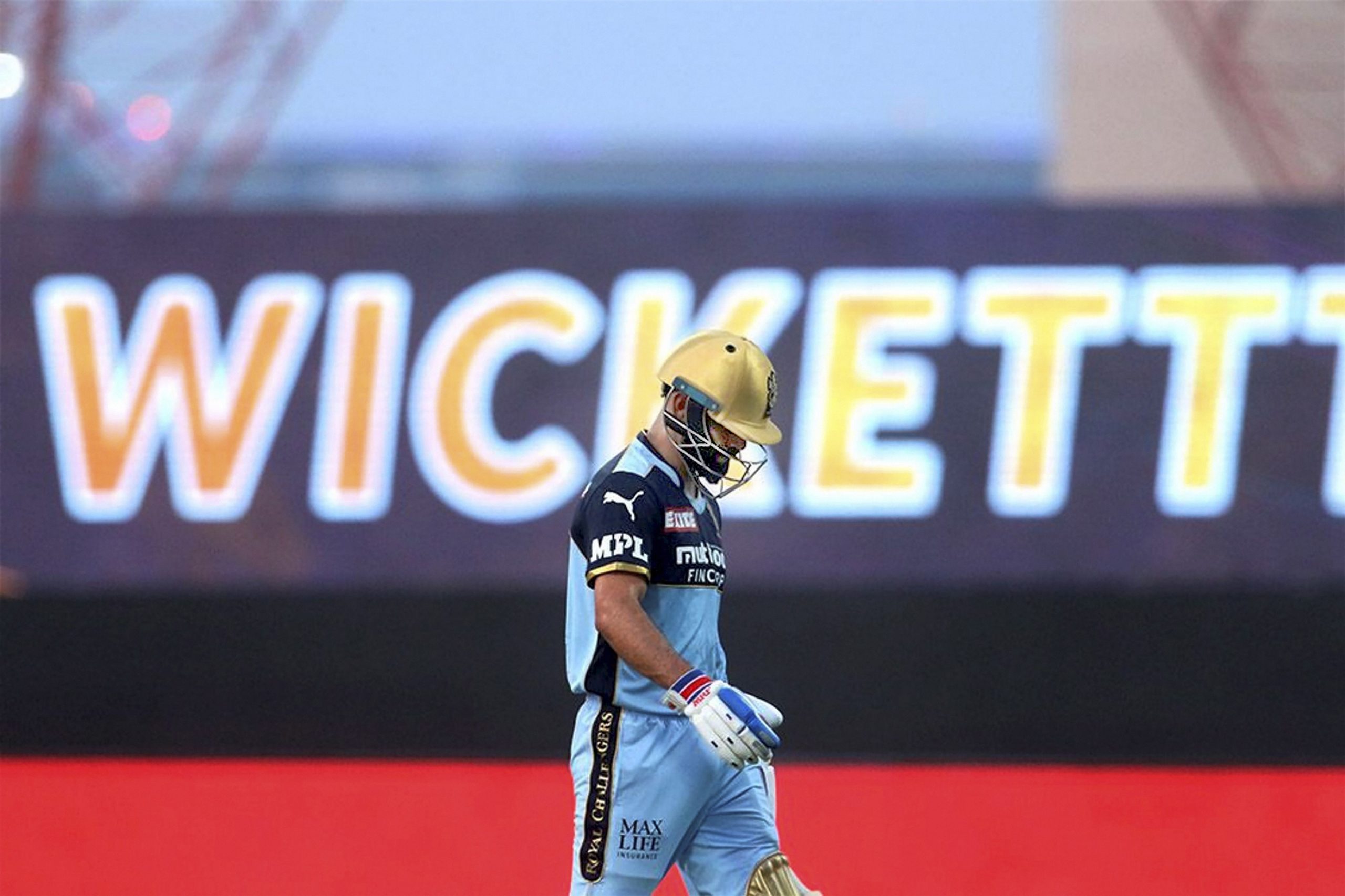 Virat Kohli walks back after being dismissed during RCB’s IPL game against KKR. (Sportzpics for IPL/PTI Photo)

ROYAL CHALLENGERS BANGALORE (RCB) skipper Virat Kohli said Monday’s (21) nine-wicket Indian Premier League defeat by Kolkata Knight Riders was a massive jolt to his side as they resumed their quest for a first title in the Twenty20 competition.

Kohli, who will step down as captain of the franchise after the current season which restarted in Dubai following a break due to Covid-19, scored five runs from four balls as his team were dismissed for a paltry 92 in 19 overs.

Kolkata chased down the total in 10 overs with Shubman Gill making 48 and Venkatesh Iyer scoring an unbeaten 41. The defeat left three-times runners-up Bangalore third in the standings with 10 points from eight games.

“Bit of a collapse for us, bit of a wake-up call and we might as well have this at the start of the second leg so that we know exactly what we need to work on,” Kohli said in his post-match interview.

The IPL resumed more than four months after the Covid-19 outbreak halted the world’s richest T20 tournament and Kohli suggested his team appeared rusty in the shorter format.

“You can make that argument… but as professionals, you’re expected to turn up and adjust to formats, that’s the dynamic of world cricket today,” Kohli, who will also step down as captain of the Indian T20 side after the upcoming World Cup, said.

“We have never found any trouble doing that but sometimes it can take you a game to get into the tournament.”