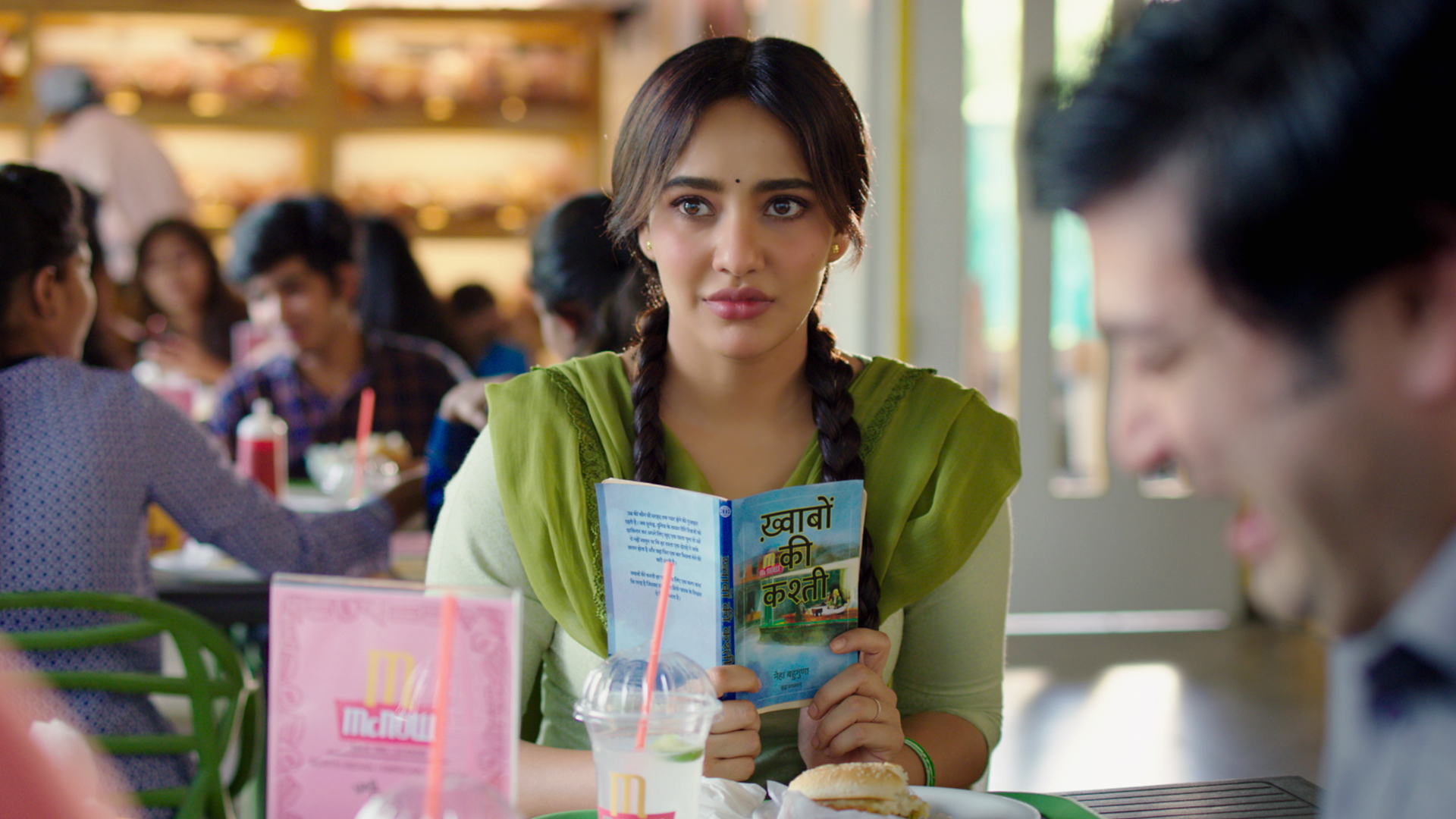 THE spooky bond Bollywood has developed with supernatural films continues this week with an October 29 premiere of new film Aafat-e-Ishq on streaming site ZEE5.

The official remake of widely acclaimed 2015 Hungarian film Liza, the Fox-Fairy, is a black comedy about a reclusive girl yearning for love, whose life changes when she inherits a property and becomes the prime suspect in a series of unexplained deaths. Neha Sharma plays the lead role in the eye-catching film loaded with plenty of twists. Eastern Eye caught up with director Indrajit Nattoji to discuss his love for cinema and interesting looking film.

What was your favourite movie growing up?
This is a movie fan cliche. I think I was four or five when I watched Star Wars at Lighthouse Cinema in Kolkata. It left a lasting impact on me. That our very own Bollywood trope of a boy separated from his father and finally confronting each other on the opposing forces of good and evil can be presented in a gigantic sci-fi canvas as a space opera! Later, I soon discovered its original version – Akira Kurosawa’s samurai classic, The Hidden Fortress, and have been a student of Kurosawa-san since. And then there was all of Steven Spielberg’s Indiana Jones series and as a quintessential Bengali, all of Goopy Gyne Bagha Byne – Ray’s allegorical fantasy adventure film series.

What led towards your latest film Aafat-e-Ishq?
The Zee Studio Originals team had acquired the rights for the award-winning Hungarian film Liza, the FoxFairy. During one of my script-pitch meetings with them, they, in turn, pitched an Indian remake of the same to me. I loved the film and its quirky black humour, and it connected with some of my favourite story-telling genres that I have always been a fan of – fantasy, film noir and black comedies.

How does it compare to the Hungarian original?
Aafat-e-Ishq is my Indian heartland version of the Hungarian original, Liza, the Fox Fairy. The challenge was to reinterpret an East-European sensibility to that of the small-town Hindi heartland. I can safely say that Aafta-e-Ishq is now an adaptation and not a remake. It is a reboot of Liza, with some new twists, eclectic original music, and quirky small-town Indian characters. Some elements have been retained from Liza, but I think it is too soon to reveal anything at this time. Let us wait for the film.

What was the biggest challenge while making this film?
We shot in extremely challenging times. At the height of the pandemic! Finding a ‘home’ location for my character of Lallo was a creative and production task at that time. We had identified locations in Lucknow and Benares for the authentic North Indian small-town flavour. Then the pandemic stuck and all was undone. Finally, we found the right ‘house’ for my Lallo in Nashik, about three hours from Mumbai, and went on to create a fictional North Indian town in Maharashtra.

Why do you think the spooky ghost like genre has become popular?
Ghosts, horror, fantasy genres in films have always been popular. I guess it’s the dopamine fix one can get by watching gore and fear. The last two years of the pandemic has exacerbated our anxiety and uncertainty. As a result, the ghost and horror genres may have acted as an outlet for our fears, making them even more popular.

What can we expect next from you?
I have an ambitious web series in development and an action-thriller feature film in the pipeline. I just completed visual design and VFX for a film that will be released soon on a leading OTT platform. Also, I have a museum film installation project which is ongoing.

Who is your own filmmaking hero?
Akira Kurosawa. He was an artist first, a painter and art teacher, and then a film director. As an evolving artist and filmmaker, I always find something to learn from his gigantic body of work. After all, we can only be standing on the shoulders of the giants.

What inspires you?
What has never failed to inspire ideas and stories is when my mind wanders with a good storybook and freshly brewed coffee in the middle of the mountains, without my smartphone.