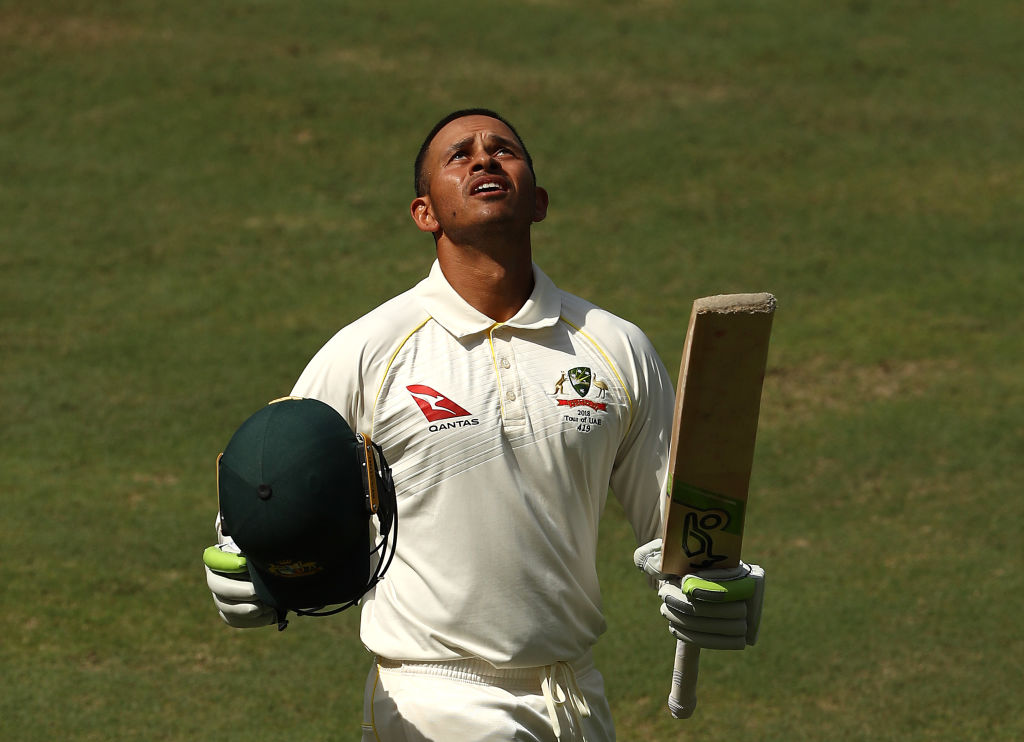 File photo of Usman Khawaja after scoring a Test hundred against Pakistan in 2018. (Ryan Pierse/Getty Images)

BATSMAN Usman Khawaja is working with Cricket Australia to ensure more South Asian representation in his adopted country’s cricketing ecosystem, about a decade after becoming the first muslim cricketer to wear the baggy green.

When he made his international debut at the SCG, his home ground, in an Ashes Test in 2011, the top-order batter became the first muslim and the first player of Pakistan descent to represent Australia.

Khawaja has often spoken about the challenges he has faced in his quest to play top-level cricket in Australia.

“It is a lot better now,” Khawaja was quoted as saying in ESPNcricinfo.

“I see a lot more cricketers coming up through state levels in Australia in particular that are from subcontinent backgrounds, which we really did not see when I came up, even when I played.

“I was playing domestic cricket and I was the only subcontinent player there. At the moment there’s only probably myself and a few others.”

The 34-year-old Khawaja, who has scored close to 3000 runs in 44 Tests and more than 1500 runs in 40 ODIs for an average of over 40 in both formats, cited England team as an example of diversity that Australia can take a cue from.

The ODI team is led by an Irish Eoin Morgan, lead pacer Jofra Archer is from Barbados while Moeen Ali and Adil Rashid are British Asians of Pakistan descent. Ben Stokes is a New Zealander by birth.

“We’re still a long way to go and I look at the England team and see the diversity they’ve had for a long time. They are an older nation than us, but I can see that diversity and think that’s probably where Australia need to reach.

“We have definitely got better from when I was younger, but it’s a generational shift too.”

Khawaja, who was born in Islamabad, moved to Australia with his family when he was five.

“When I started being more involved in cricket, people with subcontinent heritage in Australia came up to me and said, ‘we’re so happy to see you at the top. Seeing someone like you, we feel we’ve got a part in the Australian team, and we support the Australian team. We didn’t do it before, and we do it now’,” said Khawaja.