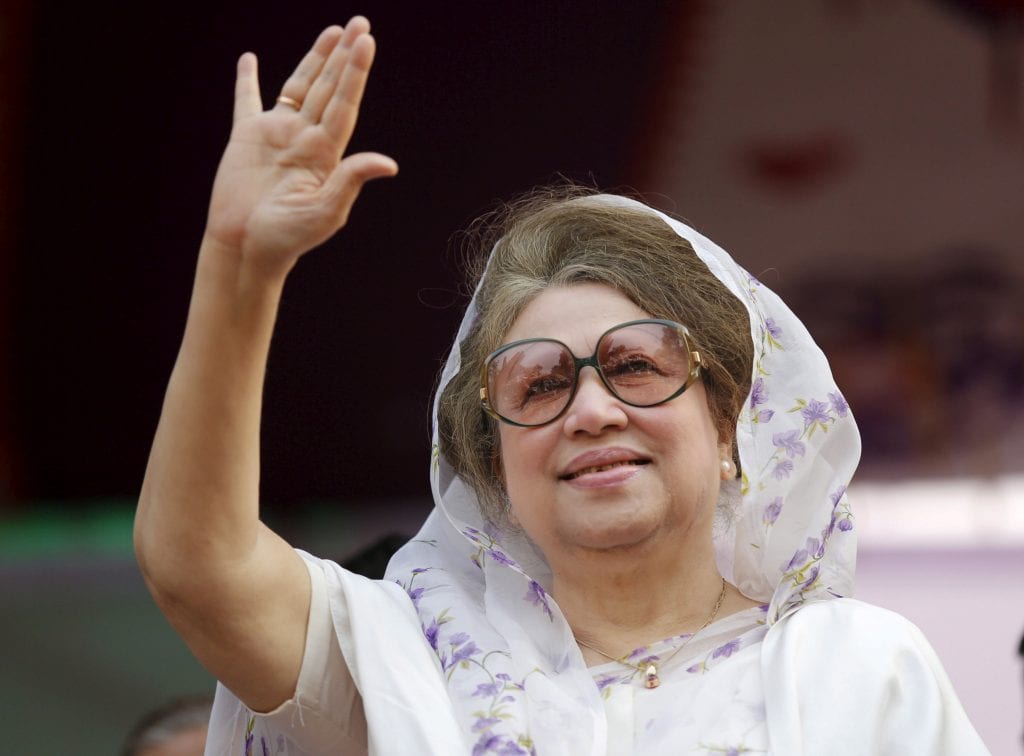 CONTRARY TO media speculations that Khaleda Zia could soon visit London for medical treatment, the Bangladesh government has rejected the plea for allowing the former prime minister to travel abroad.

The request was turned down on legal grounds as her sentence has only been suspended and not commuted as required by law for granting such permission, The Daily Sun reported on Monday, citing Home Minister Asaduzzaman Khan Kamal’s statement.

Convicted in two corruption cases, the Bangladesh Nationalist Party chairperson was sentenced to 17 years in jail, but her sentence was suspended last year with an executive order following the outbreak of the coronavirus. The condition for the suspension was that she should not leave the country.

Khaleda recently tested positive for Covid-19 with mild symptoms and her brother Shamim Eskander had approached the government asking it allow her to fly abroad for medical treatment.

“There is no scope for granting the application to let BNP chairperson go abroad,” Kamal said adding that the law ministry came to the conclusion after reviewing the Code of Criminal Procedure under which her sentence is suspended on humanitarian grounds.

She, however, can receive medical treatment at home at “her convenience”, he said.

According to the report, Law Minister Anisul Huq too echoed a similar opinion. “I gave the opinion that Khaleda Zia’s jail sentence has been suspended… on condition that she cannot go abroad. Now there is no scope for relaxing the condition,” he is quoted as saying.

However, The Daily Sun said citing unnamed sources that the “highest authority” of the country is still positively considering the plea and that the 75-year-old leader “still stands a chance to get medical treatment overseas”.