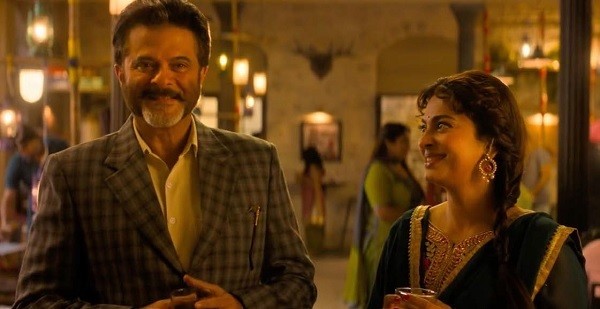 ACTRESS Juhi Chawla, who once ruled Bollywood, is not seen on the silver screen very often these days and last appeared in 2016 drama Chalk N Duster.

Helmed by debutante director Shelly Chopra Dhar, the film revolves around a father-daughter-duo who has to save their relationship in moments of ultimate emotional turmoil caused by a very unexpected revelation. Juhi plays a key role in a film that has caused a lot of debate since the trailer was released recently.

Eastern Eye’s India correspondent caught up with Juhi to talk about what drew her to the film, how Bollywood has changed over the years and what kind of scripts she is looking for at this point in her career.

The actress also reminisced about working with legendary filmmaker Yash Chopra on Darr
(1993), an iconic movie that recently celebrated its 25-year anniversary.

You have become very selective about projects you choose to do. What made you say yes to Ek Ladki Ko Dekha Toh Aisa Laga?
I received a call from Vidhu Vinod Chopraji who said that his team was writing this film and particular role. He said he had already told everyone on his team that only Juhi would play this part. I was like, ‘Oh, wow, this sounds wonderful to me’. The role was tailor-made for me. Then I heard the whole script. It was one of the most fantastic scripts ever. It was a perfectly blended script. I loved it and I wanted to do it. There was no question. I can only tell you that it is an unfamiliar story told in a very familiar way. You will have to see it. It is a fantastic film.

This movie brings you and Anil Kapoor together after a very long time. Was that also one of the reasons you agreed to do this film?
No. I agreed to do it because I loved the script. In fact, later when negotiations were going on, I told them (the makers) that, ‘listen, no matter whether you negotiate properly or not, I am only doing this part because it suits me very well’. Why would I leave something, which was written so well?

So, how was it to team up with Anil Kapoor after such a long gap?
Wonderful. (Laughs). Not much has changed. He is the same guy. He does 25 rehearsals. He will do his takes again and again until it is perfect. He is very hard working, and committed. And I was amused to see him act with his daughter Sonam Kapoor. It was fun to see when Sonam bullies him. But otherwise, she is very, very attentive towards her father, very mindful. When shooting for long hours, she would come and say, ‘papa, are you okay? Are you tired? Why don’t you sit down?’ It was lovely to work with both of them.

Given Anil Kapoor’s energy can give 20-year-olds a run for their money, does the fact sink in that Sonam is his daughter?
No, I found it amazing. You forget that they are family. You only see them as artists when you are working. When you are busy acting, you forget real relationships and then some funny moments happen. One such incident was when we were shooting in Punjab and it was very cold. It was three o’clock in the morning. Sonam came and said, ‘I am not shooting anymore’. Shellyji looked at Anilji. He said, ‘I cannot do anything. Don’t expect anything from me. I can’t tell her anything’. It was a really funny incident and it was
very sweet to see him saying that.

You have been an integral part of Bollywood for close to three decades now. How has the industry changed over the years?
It has changed a lot, I would say. The technology has changed. Now-a-days, people write complete scripts. But the heart of the matter remains the same though. Even today,
if the script is not right, no matter how many efforts you put in to make it look great
and how much money you splurge on it, the audience can easily catch the loopholes. But if you spend time putting the script right, then chances of it doing well are more. When
people work like that, I like to work with them.

What kind of scripts are you now looking for?
I was going to do a film with Chintuji (Rishi Kapoor), which I was supposed to start shooting in October. But when we started shooting, Chintuji had to leave for some medical reasons. So, what I am looking for at this time in my career are, of course, great scripts. When a script is enjoyable, and I’m able to hold my attention when listening to it, then I am game for it. When you spend two hours listening to something, you want a good
ending. Even the audience feels cheated if a film does not end on a logical note. So, when a story has a good beginning, middle and end, you feel satisfied.

Your film Darr has recently celebrated 25 years. What do you feel about that?
I feel blessed and I thank god for giving me such wonderful work to do in this life. When I did Darr, I didn’t even think that 25 years later I would be standing here and doing an interview. But here I am today, doing the interview.

Did you think that Darr would become so iconic in years to come?
For me, the iconic part was working with Yashji. When I came to know I was going to be a Yash Chopra heroine, I was numb. I was mind-blown and I was also scared. But, then, I thought, I have to do my best to excel at my part. He made me look so good in the film. Everything worked out beautifully. I was happy to work with him. Then there was Sunnyji (Deol) also, who I looked up to. Shah Rukh (Khan) was also there. I knew him well
as I had done Raju Ban Gaya Gentleman with him. But otherwise, at that time, it was a new and big platform for me.

Do you feel that Hindi cinema does not make the kind of romantic films Yash Chopra used to make any more?
Yes. I miss him. I was thinking about him lately. There is no filmmaker today who makes his heroines look so beautiful. In Yashji’s films, all the heroines were looking fabulous. His
story would also be lovely. Not that he focused only on his heroines, but no one can deny the fact that he presented his heroines in a lovely and romantic  way. Look at his heroines in Chandni, Lamhe and Veer Zara. And these are my favourite films, by the way. I miss that romance, those kinds of songs. Now-a-days, no one makes such films anymore. 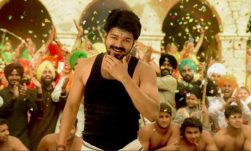 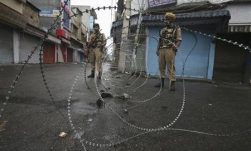 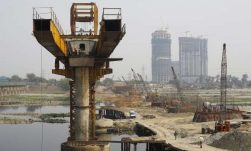 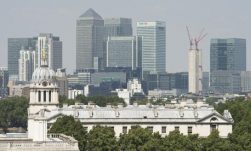 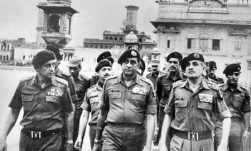