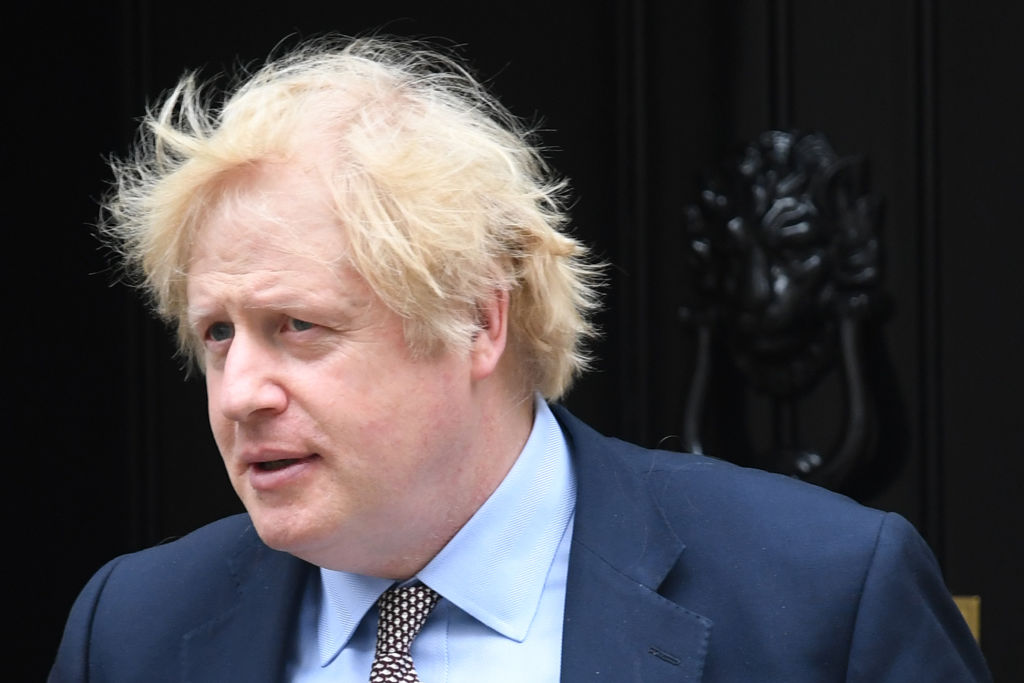 BORIS JOHNSON on Wednesday (3) condemned the killing of George Floyd by police in the US, but declined to say whether he had spoken about the issue with key ally Donald Trump.

“I think what happened in the United States was appalling, inexcusable,” the prime minister told lawmakers in Parliament, in his first public comment on the case.

“We all saw it on our screens and I perfectly understand people’s right to protest what took place,” he added.

“Obviously, I also believe that protests should take place in a lawful and reasonable way.”

Asked by Scottish National Party (SNP) MP Ian Blackford to state plainly that “black lives matter”, Johnson said: “Of course black lives matter, and I totally understand the anger, the grief that is felt not just in America but around the world and in our country as well.

“I totally understand that, and I get that.”

He, however, avoided answering questions as to whether he had raised the matter with the US president, as Britain eyes a post-Brexit trade deal with the US.

Floyd, an unarmed African-American, died last week after a police officer in the US city Minneapolis knelt on his neck, an incident captured on video by a witness. The officer concerned has been charged with third-degree murder.

The killing has prompted waves of angry and sometimes violent protests in cities across the country and around the world.

“We stand alongside all those across the globe who are appalled and horrified by the way George Floyd lost his life,” they said in a joint statement.

“We are also appalled to see the violence and damage that has happened in so many US cities since then.”

The police chiefs appealed for people in Britain to “work with officers” as protests mount over Floyd’s killing, just as a nationwide coronavirus lockdown is being eased.

Hundreds of people defied the virus restrictions and rallied in the British capital on Sunday, including outside the US embassy and in Hyde Park.

The Metropolitan Police said it arrested 23 people, and issued a further 10 people with fines for breaching the rules.

Protests also took place in other cities, including Liverpool and Manchester, and more are expected on Wednesday.

In their statement, police chiefs said they understood “people want to make their voices heard” but appealed to them “to work with officers at this challenging time”.

“The right to lawful protest is a key part of any democracy, which UK police uphold and facilitate,” they added.

“But coronavirus remains a deadly disease and there are still restrictions in place to prevent its spread, which include not gathering outside in groups of more than six people.”

‘Britain is no stranger to racialised police violence’

Britain has its own fraught history of racism within policing, with a landmark 1999 report finding “institutional racism” within London’s police force.

The report was commissioned after the racist murder of a black teenager, Stephen Lawrence, at a bus stop in south London in 1993.

The police investigation was marred by a catalogue of failures that saw no one convicted until 2012.

Despite programmes of reform, a 2015 study by the Runnymede Trust, an educational charity which aims to promote a successful multi-ethnic Britain, found “systemic and institutional racism persists” within British policing.

“Britain is no stranger to racialised police violence,” it noted.

“Black and minority ethnic people are disproportionately represented in the criminal justice system at every level, from arrests to stop and search, to imprisonment, to deaths in custody.”

The London protests saw placards demanding to “Make racists afraid again”, parodying Trump’s election campaign slogan, and also those proclaiming that “The UK is not innocent”.

“It may not be as bad here now, but the racism we see in the UK is usually undercover,” said Leyla, 20.

“As a black woman living in London, I have seen too many times when police abuse their power for stopping and searching black people for no reason.”

“Enough is enough,” said the banner held aloft by Sharlae, 18, among many in the crowd wearing a mask against coronavirus.

“My friends, my family, my brothers, my father, my cousins should be able to walk the street without fear of being killed by police, when they are meant to protect us and keep us safe,” she said.

Sharlae said she had “millions of examples” of friends and family being stopped by police.

“It just something we have to deal with everyday, and we shouldn’t,” she added.