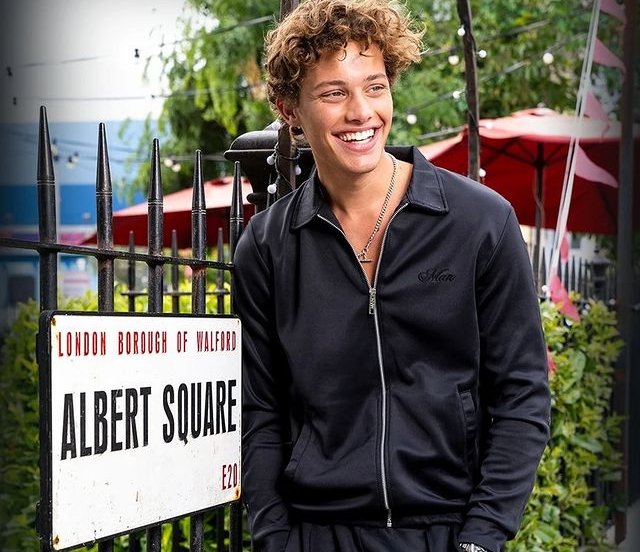 It was announced on Thursday night that the young actor has been cast in the role of Freddie Slater, the son of Little Mo Slater.

“Stepping into the acting world has always been a vision of mine and doing that with EastEnders as a Slater is a blessing,” Brazier said, adding, “I’m very grateful.”

The scenes that Brazier is presently filming will be telecast on the show in the autumn.

Executive producer Chris Clenshaw described Freddie as “chaotic”. “Freddie Slater is a chaotic 18-year-old with a sensitive soul, a modern-day lad who is in touch with his spiritual side,” he said.

Talking about Brazier’s casting as Freddie, Clenshaw said Brazier is “an amazing young addition to the EastEnders cast, who brings heart and humility to the role”.

Freddie was last seen in 2006 when he and Little Mo left to start a new life away from Walford.

Before shifting his focus to acting, the son of Jady and Jeff Brazier focused on his modelling career. When he turned 16, he took the modelling world by storm and made his catwalk debut for fashion giant Dolce and Gabbana in Milan in 2020.

Brazier’s mother Goody died at the age of 27 from cervical cancer, in 2009. Her death led to a 12% spike in women having NHS smear tests.

Goody became a household name after her participation in Big Brother, in 2002, and found herself embroiled in hot waters after hurling racist remarks at Indian actress Shilpa Shetty in the celebrity edition of the reality show.

Talking about her mother, Brazier told a publication, “Like every boy, you want to think your mum would be proud of you.

“I hope she’s looking down on me and smiling, probably laughing, thinking, ‘Look at Bobby lying in a field in his designer gear’.

“I think she’d love the fact I’m doing these fashion shoots, walking catwalks, and trying my best to make something of my life. It makes me smile just thinking about it.”