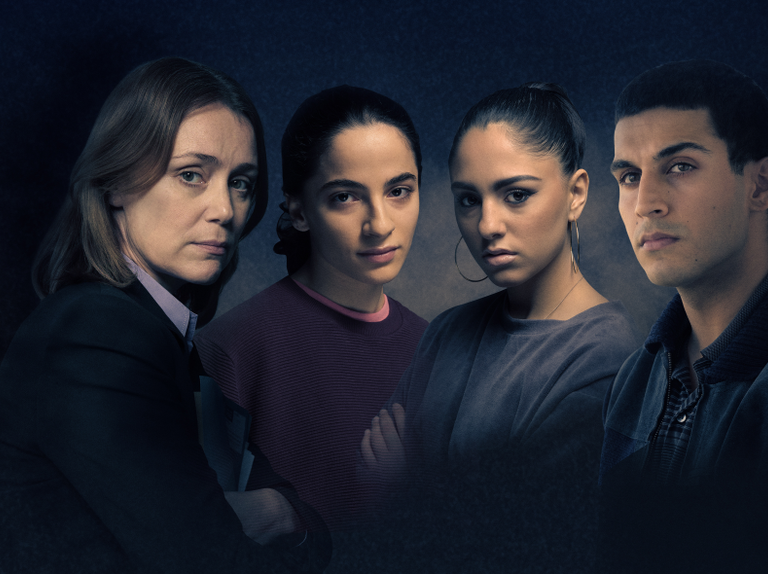 PERSPECTIVES: The primetime film Honour was based on the real-life murder of Banaz Mahmod (Credit: ITV)

LEADING British Asians from the arts, film and television industries have raised concerns about race and the perceptions about minority communities in relation to a recent drama about ‘honour’ killing shown on ITV.

Honour, shown on ITV on September 28 and 29, was based on the 2006 murder of Banaz Mahmod, a 20-year-old Iraqi woman from London. She was killed by her family as they disapproved of her relationship with her lover.

Speaking to Eastern Eye, Gill explained the letter was written to challenge the white saviour theme, which she believes can “reinforce racial stereotypes and existing societal power structures”. Gill, a professor of criminology at the University of Roehampton, stressed it was not an “opportunity for ITV to be defensive with us, but to engage in a dialogue”.

Other key points in the letter included the portrayal of Iraqi Kurdistan, which was “presented as having barbaric values, as if the issue of ‘honour’-based violence had never been addressed there, whereas the UK depicted as enlightened”.

According to more than 130 signatories to the letter, the team behind Honour – producer Liza Marshall, writer Gwyneth Hughes and director Richard Laxton, who are all white – “missed an important opportunity to gain expert perspective from the many women of colour who have worked tirelessly in television and on this issue for decades”.

“Many of us who have signed this letter work in television, film and theatre, and continually face barriers when it comes to accessing the prime-time privileged roles that working on such a drama would have brought,” they said. “Our voices would have and could have brought much to its making.  For years, many of us have been providing critical support services for these women and girls. We have also been involved in assisting prosecutions, training and advising the police, and engaging in action-based research to address systemic and structural intersectional forms of inequalities in society and the criminal justice system.

“We hope that, in drawing this to your attention, we can spark a constructive conversation about the ways in which such issues are handled in the future.”

Although there may have been people of colour working on the production team, Gill argued that the film did not “reflect the diversity of people in these institutions that are intended to serve”. The recommendation, she said, was for the TV industry to “stop reproducing racist and colonialist ideologies around the white saviour tropes”.

According to Gill, an actor who signed the letter claimed they had experienced “similar issues” while working on ITV productions. Another signatory said they were happy to support the letter as Banaz’s story had “stayed with (them) for a long time, and she deserves to be the focus of her own story”.

An ITV spokesperson said the network was “hugely proud” of what Honour had achieved and “fully supported” the programme makers.

The spokesperson said: “(Writer) Gwyneth Hughes researched what happened to Banaz over a six-year period, immersed herself in the police investigation and conducted interviews with witnesses and experts in the field of ‘honour’ killings such as Diana Nammi who is the founder of IKWRO – the Iranian and Kurdish Women’s Rights Organisation.

“She also connected with Banaz’s sisters, Bekhal, and more recently Payzee, who wanted awareness to be brought to this issue as young women are still subject to HBA [‘honour’-based abuse] in Britain today and that clearly should not be the case and is of immense public concern.

“Throughout the production process, the team consulted Karma Nirvana, a charity supporting the victims of ‘honour’-based abuse and forced marriage; former chief prosecutor Nazir Afzal, who acted as legal advisor for the drama; Hannana Siddiqui of Southall Black Sisters who supported Bekhal throughout the trial; and hired a linguist consultant who has knowledge of specific Kurdish dialects and customs. Equally, the production team went to great efforts to appoint a diverse crew with the support of Dandi, the team behind TriForce, and hired a Kurdish casting assistant. They also held an open casting session within the Kurdish community.

“With this editorial approach to telling Banaz’s story, ITV’s audience learned about ‘honour’-based abuse as former DCI Caroline Goode’s investigation unfolded on screen. Very sadly, Caroline Goode didn’t save Banaz. However, she brought Banaz’s killers to justice for the heinous crime they had committed.”