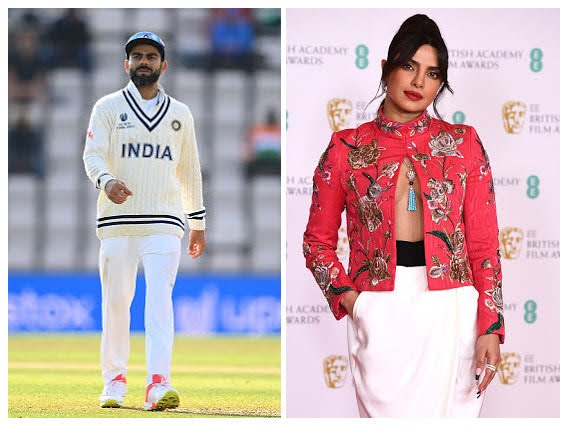 With 125 million followers, the Indian cricket captain is in the top 20 list with a reported earning of £493,000 per post, Hopper HQ’s 2021 Instagram Richlist said. Its list features the world’s top 300 influencers, based on their cost per post on the social media platform.

Kohli is the only sports influencer from Asia to be named in the list, ranking fourth (with a net worth of £43 million). Other sports stars in top 20 list include Lionel Messi, David Beckham and LeBron James.

Actress Priyanka Chopra is ranked 27th, with reported earnings of about £291,846 per post. With 64 million followers on Instagram, the actress has been placed at second among 50 other Asian influencers on the list.

British Asian actress Jameela Jamil, who has more than three million followers, is also 183rd costliest Instagram influencer on the list with her posts earning £10,204.

Hollywood celebrities and pop figures including the Kardashians and the Jenners dominate the list; Dwayne Johnson and Ariane Grande are in second and third spots, respectively.

The top 10 spots are all taken by celebrities, except two sports stars – Ronaldo at the top slot and Messi, ranked seventh.

With 56 per cent spots occupied by women in the top 100, it appears female influencers dominate Instagram. Influencers from Africa and Asia have seen a spike this year as both the regions now account for 25 per cent of the list, having accounted for just 15 per cent in 2020.