Richard Mcerlean was charged with a racially or religiously-aggravated public disorder offence. 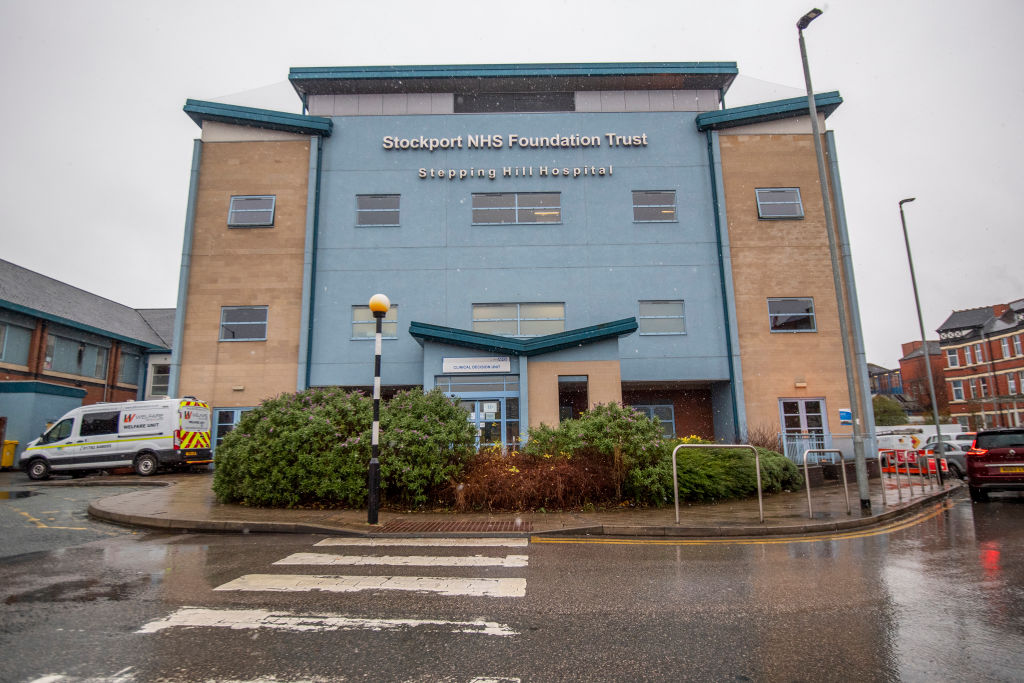 In February 2021, Richard Mcerlean made monkey gestures and noises at a security guard of Stepping Hill Hospital and talked about throwing a banana at him. (Photo by Anthony Devlin/Getty Images)
Follow Us

A racist who had absconded for nearly two years following a public disorder offence has been brought to justice after he allegedly assaulted his ex-wife.

In February 2021, Richard Mcerlean made monkey gestures and noises at a security guard of Stepping Hill Hospital in Stockport and talked about throwing a banana at him.

The 52-year-old man, Wendover Road, Urmston, failed to appear at court over the incident and absconded until January 14 this year, when he was arrested on suspicion of assaulting his former wife at her home in Bredbury.

Mcerlean pleaded guilty to both the public order offence and the assault charges, Manchester Evening reported. He has now been granted bail but subjected to a curfew between 7 pm and 7 am. He will have to appear at Manchester Magistrate’s Court on February 27 when his sentencing is due.

On his public order offence, prosecutor Laura Peers told the court: “He had been found by paramedics in a drunken state and was taken to Stepping Hill Hospital where he became agitated.”

She said Mcerlean “made comments towards a security guard about throwing a banana towards him and making monkey gestures and noises.”

“It was embarrassing and other patients were nearby”, the public prosecutor said.

In his victim impact statement, the security guard said he was “used to getting grief but when I come to try and help someone, I don’t expect to be called names.”

The court also heard how his aggressive behaviour towards his former wife on January 14 this year eventually led to his arrest.

When he allegedly assaulted her, the couple’s son intervened and pinned him to the floor where he lay till police officers turned up.