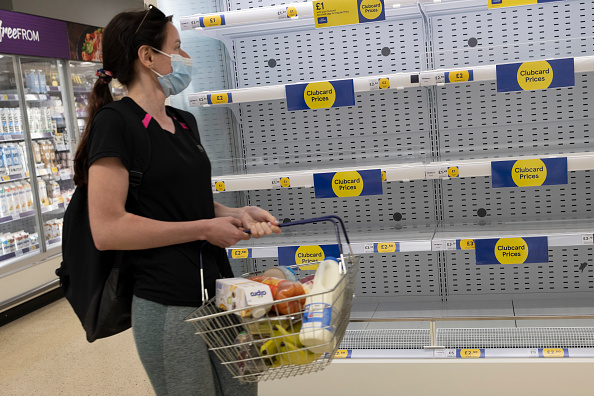 TO solve the labour crisis that led to shortages of goods in the British supermarkets, the government should grant 10,000 EU lorry drivers visas, an industry body said.

Logistics UK, which represents freight firms, says Brexit and Covid-19 caused lorry drivers to leave the UK, but a temporary visa could bring them back and resolve the issue.

However, the government says employers must invest in the UK workforce.

The Road Haulage Association said there was a shortfall of about 60,000 lorry drivers in the UK this summer that led to supply shortages of everything from milk to Haribo sweets.

Meanwhile, supermarkets such as Tesco and Aldi have been offering bonuses and other incentives to lure recruits, but the labour shortage continues.

Alex Veitch, general manager of public policy at Logistics UK, said the thousands of EU drivers who left the UK due to Brexit and the pandemic were important for the movement of goods around the country and beyond, the BBC reported.

“Logistics is facing a long-term shortage of staff, which has been made much worse by the loss of our EU workforce,” he said.

A government spokesperson said in response to the push for temporary visas: “The British people repeatedly voted to end free movement and take back control of our immigration system and employers should invest in our domestic workforce instead of relying on labour from abroad.

“We recently announced a package of measures to help tackle the HGV driver shortage, including plans to streamline the process for new drivers to gain their HGV licence and to increase the number of tests able to be conducted.

“We have also temporarily relaxed drivers’ hours rules to allow HGV drivers to make slightly longer journeys, but these must only be used where necessary and must not compromise driver safety.”