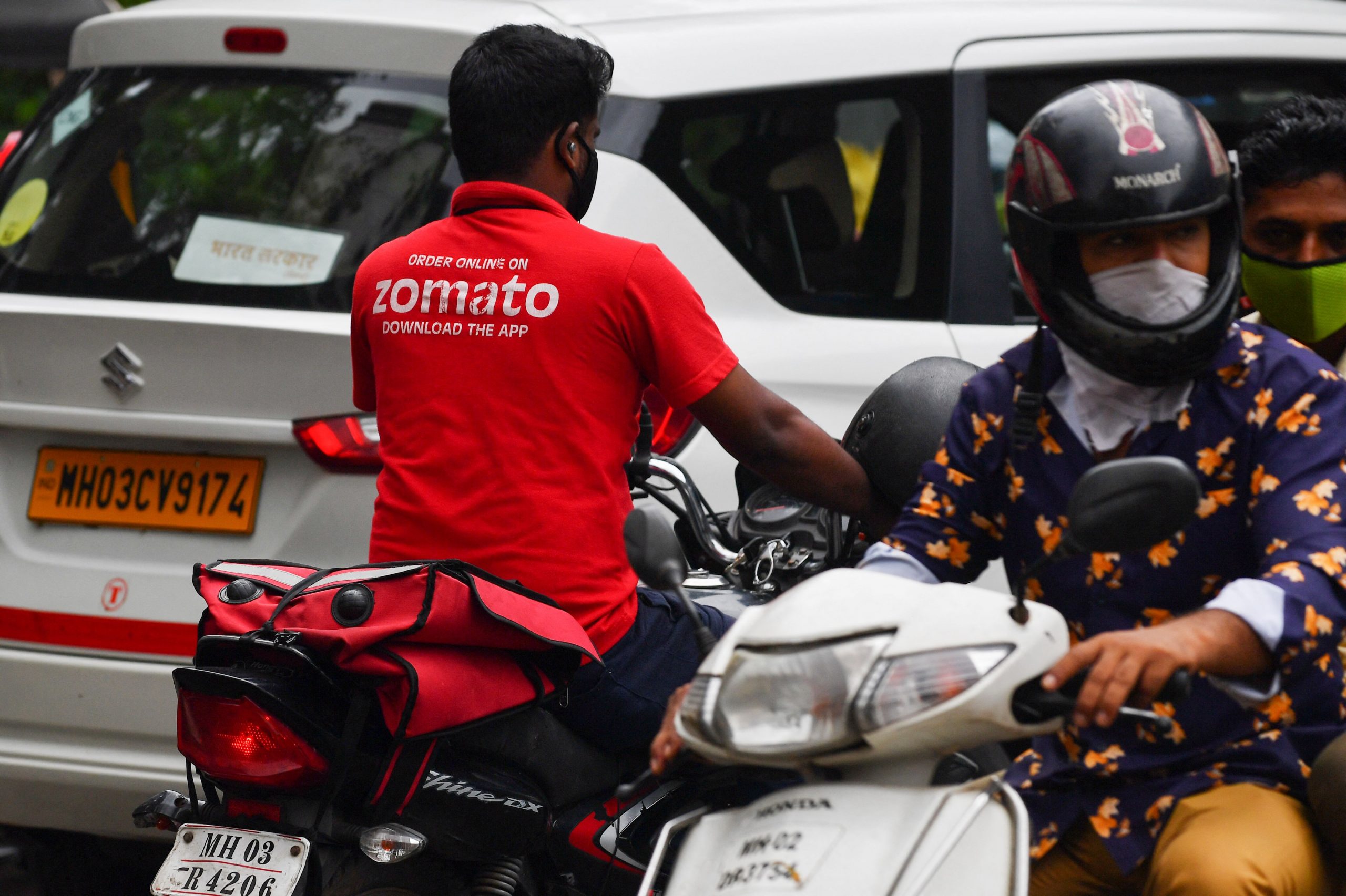 A deliveryman working for Zomato, an online food delivery application, rides a motorbike along a street in Mumbai on July 8, 2021. (Photo by INDRANIL MUKHERJEE/AFP via Getty Images)

The start-up company, backed by Jack Ma’s Ant Group, raised $562.3m (£405m) from institutional investors, as they bid for 35 times more shares than allotted to them.

It is the first of India’s major digital start-ups to offer IPO, with more expected.

Several others, including mobile payments app Paytm and online beauty retailer Nykaa are expected to enter stock market in the coming months.

However, analysts are wary about Zomato’s high valuation and the timing of the IPO, as Indian and global markets are near record high levels.

Meanwhile, Indian economy is dealing with sluggish growth and rising unemployment, which has raised analysts’ fear of a stock market bubble that could strengthen further by launch of high valued IPOs.

Trading in the stock is likely to begin from July 27.

According to stock exchange data, by noon local time on Wednesday (14), investors had subscribed to about 29 per cent of the shares, indicating strong demand from retail investors.

The company had allotted shares worth $562.3m (£405m) to about 200 foreign and domestic investors ahead of the IPO launch. It included major international private equity firms such as Tiger Global and BlackRock, and Indian investment funds from some of the country’s biggest banks such as State Bank of India, Kotak, ICICI and HDFC.

The app service is available in 525 cities. With a monthly customer base of around 6.8 million, Zomato has become a household name in India.

However, the pandemic and subsequent lockdowns to control the spread of Covid-19 across India have hit the business.

Its revenue for the financial year 2020-21 dropped by 23.4 per cent from the previous year.