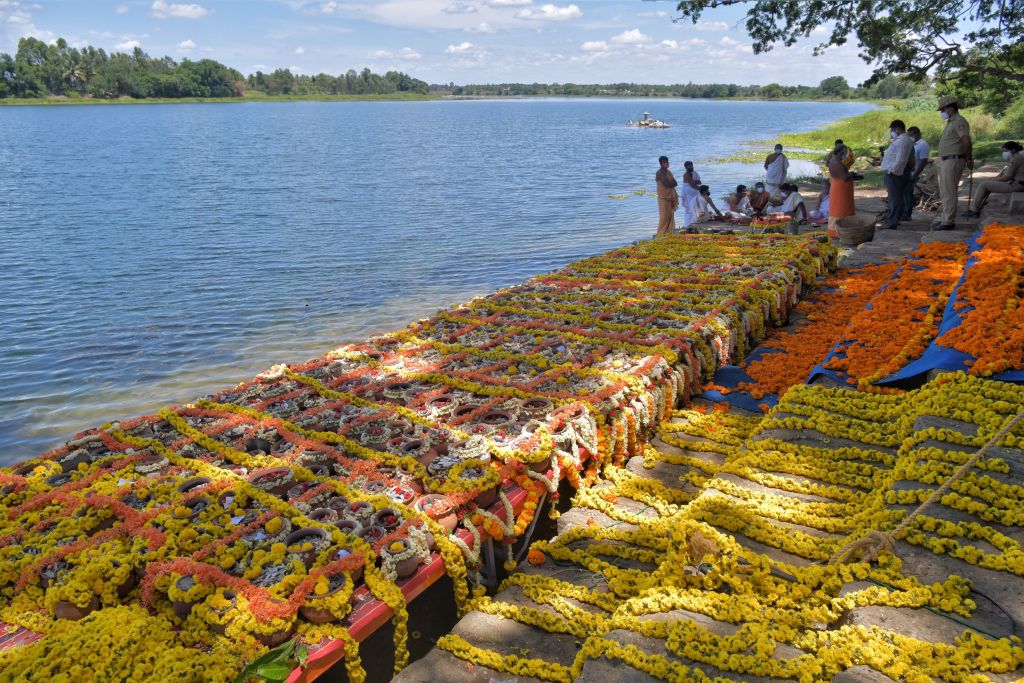 Hindu priests wait next to over 560 unclaimed clay urns containing ashes of people who died due to Covid-19 coronavirus on the banks of river Cauvery before a mass immersion ritual organised by the government of Karnataka, in Belakavadi Village in Mandya District situated about 125 Km from Bangalore on June 2, 2021. (Photo by MANJUNATH KIRAN/AFP via Getty Images)

The South Asian nation’s tally of infections now stands at 28.3 million, while the death toll has reached 335,102, health ministry data showed. The daily positivity rate has further dropped to 6.57 per cent.

The number of people who have recuperated from the disease surged to 26,179,085, while the case fatality rate stands at 1.18 per cent, the data stated.

The active cases were also recorded below two million for the second consecutive day, the ministry said.

The weekly positivity rate has declined to 8.21 per cent.The active cases have reduced to 1,793,645 comprising 6.34 per cent of the total infections, while the national Covid-19 recovery rate has improved to 92.48 per cent.

The health ministry stressed that more than 70 per cent of the deaths occurred due to comorbidities.