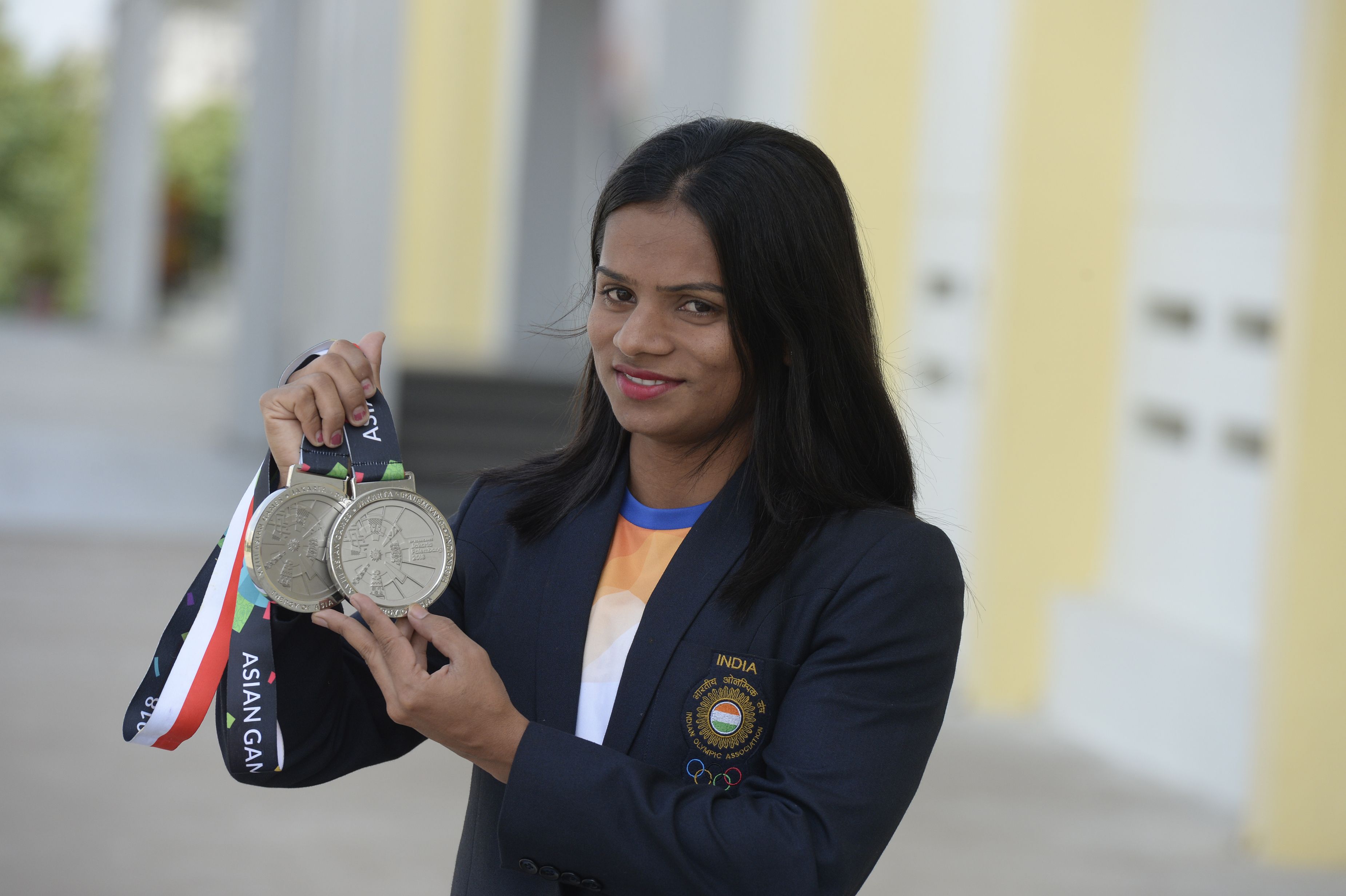 Indian sprinter Dutee Chand poses with her silver medals prior to a press conference in Hyderabad on September 1, 2018. – Dutee Chand won silver medals in 100m and 200m athletics event during the 2018 Asian Games in Jakarta. (Photo by NOAH SEELAM / AFP) (Photo credit should read NOAH SEELAM/AFP/Getty Images)
Follow Us

After battling in court to be able to run and fighting discrimination when she came out as gay, Indian sprinter Dutee Chand now has to overcome the fear of training in a pandemic to maintain her Olympic hopes.

Chand, who was banned from competing internationally because of the hyperandrogenism gene condition, wants the Tokyo Games to go ahead even if she has not yet made the women’s 100 metre qualifying time of 11.15sec.

But running close to other Indian athletes is fraught as the deadly coronavirus spreads across the country of 1.3 billion people.

“There is fear of catching the coronavirus because we train together and if somebody catches it then it is going to spread,” the 24-year-old said.

“I am not going out other than to train. Home-cooked food is the order of the day, I don’t eat out at all.

“Washing hands has become a 24-hour activity. So hopefully we will overcome the crisis.”

But the global sporting lockdown caused by the mounting death toll means there are no races for Chand to run and reach the qualifying time.

Despite mounting doubts about the event, the Games are still scheduled to start on July 24 and time is running out.

“Of course with all the meetings cancelled it has become tough for me to qualify,” said Chand, whose personal best is currently 11.22sec.

“I have to clock 11.15 seconds to make the cut and I am worried how I am going to make it if international events don’t happen.”

With just three reported deaths, India has so far been spared a pandemic that has killed almost 8,000 around the world. But virus fears are widespread and travel is increasingly difficult in the country.

“Training is affected because the state government has shut down all facilities though we have got special permission to train because of the Olympics.

“But it affects us mentally as schools, colleges, offices are closed. We don’t know whether the Olympics will happen or when the next meeting will be.”

One of six children born to a poor family, Chand is not new to beating the odds. Her battle against gender testing when she was a teenager after showing elevated levels of testosterone made international headlines.

On top of her four-year battle with the world athletics body over hyperandrogenism — the same condition that affects South Africa’s two-time Olympic champion Caster Semenya — Chand last year became the first top Indian athlete to reveal she is in a same-sex relationship.

The revelation prompted a backlash in her home village in conservative rural India, and Chand said she had been finding it hard to overcome the prejudice.

At the 2016 Rio Olympics, Chand became only the fifth Indian to participate in the women’s 100m, though she did not get past the heats.

After the Court of Arbitration for Sport definitively ruled in her favour, Chand went to the 2018 Asian Games in Jakarta, where she won silver medals in the 100m and 200m.

Chand said Indian runners want to test themselves against the best at the Olympics.

“We face tough competition from the best athletes from other countries.

“But fingers crossed, we have two months left and if there is a competition, hopefully I can make it.”