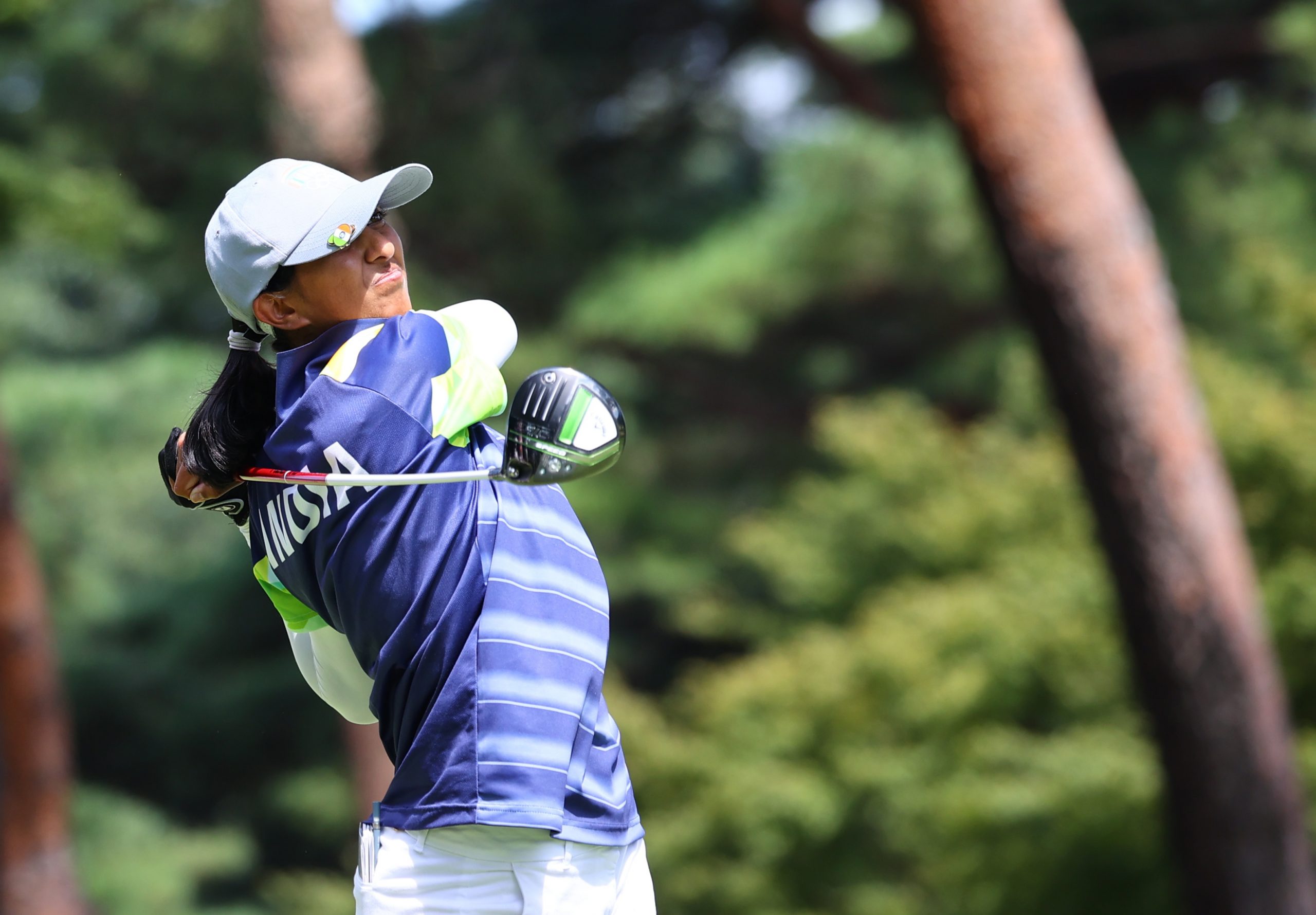 India’s Aditi Ashok in action at the Tokyo Games. (REUTERS/Murad Sezer)
Follow Us

INDIAN golfer Aditi Ashok carded a three-under 67 in the third round to hold on to the second position and remain in strong contention for the country’s maiden Olympic medal in the sport on Friday (6).

Aditi was 12-under 201 after three rounds and is the sole golfer in second position, three strokes adrift of leader Nelly Korda of USA who carded a two-under 69 in the penultimate round.

Aditi fired five birdies and two bogeys on the day. She was three-under after picking up shots on fourth, sixth and seventh holes before bogeys on ninth and 11th pulled her back.

However, she made amends with birdies on the 15th and 17th to keep herself in the hunt for a historic medal.

The other Indian golfer in fray, Diksha Dagar, remained in the lower half of the leaderboard after an erratic one-over 72, her third successive over-par card of the week.

Dagar, who started from the back-nine, managed one birdie against two bogeys in her round on Friday (6).

This is Aditi’s second Olympic appearance. She had finished tied 41st in the 2016 Rio de Janeiro edition.