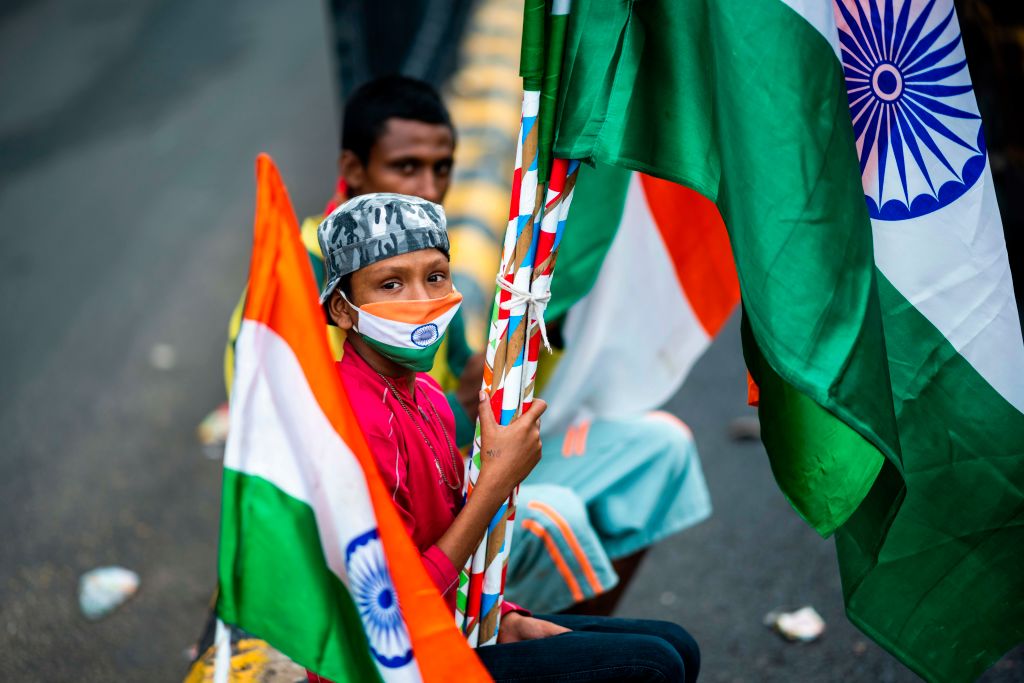 A boy wearing a Indian tricolour facemask as he sells national flags on a street ahead of the country's 74th Independence Day, in New Delhi on August 13, 2020. (Photo: JEWEL SAMAD/AFP via Getty Images)

INDIA’S coronavirus death toll overtook Britain’s to become the fourth-highest in the world with another single-day record increase in cases on Friday (14).

As the global toll crossed 751,000, the UK on Thursday saw its official coronavirus death toll lowered by 5,000 to 41,329, after a review of the calculation methodology.

Health experts say it needs to be higher, given India’s population of about 1.4 billion.

India’s two-month lockdown imposed nationwide in late March kept infections low. But it has eased and is now largely being enforced in high-risk areas.

The new cases spiked after India reopened shops and manufacturing and allowed hundreds of thousands of migrant workers to return to their homes from coronavirus-hit regions.