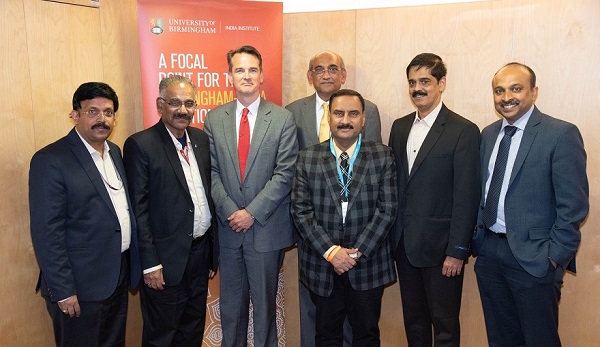 AN Indian delegation visited the University of Birmingham as part of its efforts to promote electric vehicles in the southern Indian state of Kerala.

Led by Kerala state transport minister A K Saseendran, a delegation of senior officials who formulated the state’s policy on electric vehicles met Costas Constantinou, professor of communication electrodynamics and a number of Birmingham scientists.

Hosted by the University’s India Institute, the transport minister and others took part in a round-table discussion with the academics.

Professor Robin Mason, pro-vice-chancellor (international) said: “The University of Birmingham has deep expertise in a number of scientific and engineering specialisms relating to electric vehicles. We hope to work closely with the state government in helping the people of Kerala adopt this environment-friendly form of transport.

“…our University of Birmingham India Institute affirms the University’s deep and continued commitment to the country, and our aim to contribute to Indian society, as our researchers forge links with counterparts to change millions of lives for the better.”

Kerala leads the way among Indian states in achieving UN sustainable development goals and has declared an ambitious e-mobility vision and implementation policy.

The visit to the University of Birmingham was part of a ‘Knowledge Mission’ organised for the state government by the British deputy high commission in Chennai and the UK’s department for international trade (DIT).