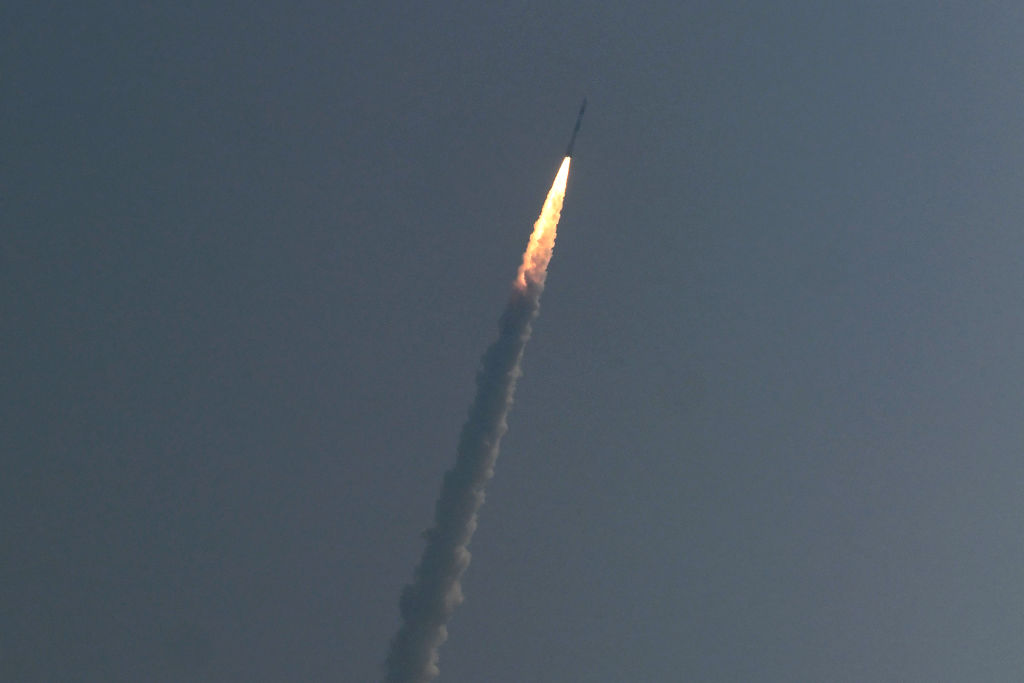 THE Indian Space Research Organisation’s (Isro) second mission of the year to place an earth observation satellite by a GSLV rocket experienced a setback as the mission could not be completed because of a performance anomaly in the cryogenic stage of the rocket, the space agency said on Thursday (12).

The 51.70-metre tall rocket GSLV-F10/EOS-03 successfully lifted off from the second launch pad at the spaceport as scheduled at 05.43 hrs local time soon after the 26-hour countdown ended. The Launch Authorisation Board cleared the decks for a normal lift-off ahead of the launch. The performance of the rocket in the first and second stages was normal, scientists at the Mission Control Centre said.

Minutes later, however, the scientists were seen in discussion and it was announced in the Mission Control Centre by the Range Operations Director “mission could not be accomplished fully due to performance anomaly”.

Scientists were engaged in the filling of propellants for the four-stage rocket at the Satish Dhawan Space Centre, Sriharikota, located about 100 kms from Chennai, Tamil Nadu, once the countdown started.

The objective of Thursday’s mission was to provide near real-time imaging of large area regions at frequent intervals, for quick monitoring of natural disasters, episodic events and obtain spectral signatures for agriculture, forestry, water bodies as well as for weather monitoring. In February, the Isro launched Brazil’s earth observation satellite Amazonia-1 and 18 co-passenger satellites.

Former Isro chairman and veteran space scientist G Madhavan Nair expressed his shock over the unsuccessful launch mission of GSLV-F10 but said the agency is resilient enough to bounce back.

Nair, whose tenure of six years (2003-09) as the Isro chairman saw accomplishment of 25 missions, said such setbacks are not unusual and advised Isro not to lose heart.
“This is a very complex mission. Normally, the cryogenic stage is the most difficult one compared to all other rocket propulsions,” Nair told PTI.

According to him, the Isro had mastered the cryogenic technology over the years and its track record on this count is not that bad compared to European countries and Russia where failure of cryogenic stage was in the range of about 20 per cent. “This is the eighth launch of cryogenic stage. The first one was a problem (unsuccessful). Subsequently, all other launches turned in text-book performance. There is a finite possibility of failure with any such complex system. We need not be disappointed. But at the same time, we should go to the root cause (of the failure) and fix it so that we don’t repeat,” Nair said.

Union minister in-charge of the space department Jitendra Singh said the mission can be rescheduled. He said he had a detailed talk with Isro chairman K Sivan over the mission. He added that the first two stages of the launch were okay but there was a difficulty in the cryogenic upper-stage ignition.

“Spoke to Chairman #ISRO, Dr K Sivan and discussed in detail. The first two stages went off fine, only after that there was a difficulty in cryogenic upper stage ignition. The mission can be re-scheduled some time again,” Singh tweeted.