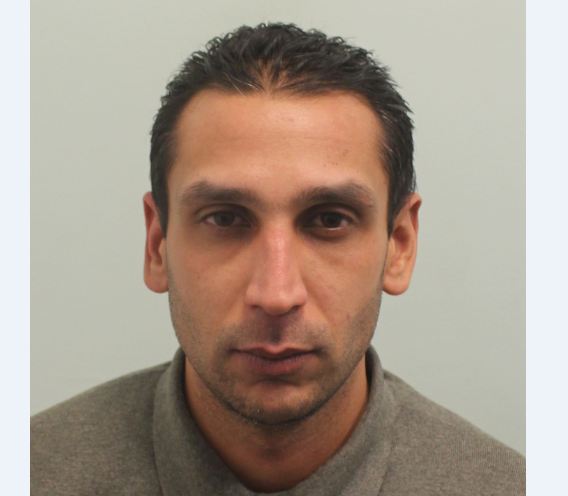 Gurjeet Singh Lall, 36, Southall, attacked Allan Isichei after the pair became involved in a brief verbal row over Lall’s spitting in the street.

AN Indian-origin man was found guilty of manslaughter following a fatal stabbing in Southall in August last year.

On 24 August 2019, Isichei encountered Lall as he walked towards his home on St Mary’s Avenue South after leaving a pub in Tentelow Lane.

Lall was leaning against a wall and the pair fell into a brief verbal disagreement over Lall’s spitting in the street.

Words were exchanged and as Isichei walked away, Lall spat on the ground again, and Allan turned and placed his tablet on the roof of a nearby car.

Later, Lall produced a knife and stabbed Isichei several times in a struggle in which Allan managed to disarm him, the Met police said.

Isichei died later in the evening and the police traced Lall to his home address after following a blood trail from injuries he sustained in the incident.

Lall was released from hospital on 29 August into police custody. Initially, he claimed in a prepared statement that he had been acting in self-defence. He was later charged with murder.

Sentencing will be held on 14 December, a statement said.

“We have suffered from the tragic loss of our father, who was kind, generous and inspirational man to many. To see him described by his assailant as an aggressor just isn’t who he was. He spent his time putting others before himself and the graphic camera footage shown in court clearly shows he was the victim of someone who chose to carry a knife,” said Isichei’s family in a statement.

“Why was a person with a history of carrying knives, who was only arrested while carrying one in January 2019, allowed to be back out on the streets unsupervised to carry out this senseless killing.”

Detective Inspector Jamie Stevenson of the Met’s Specialist Crime, said: “There was no good reason for Lall to have had a knife in his possession that day, and no good reason for him to use it. I am glad that he has been convicted and the jury rejected his claim that he was acting in self-defence.”