THE Central Bureau of Investigation (CBI), has carried out searches at the residence of businessman Aman Lohia who escaped to the UAE with his own toddler daughter in violation of court orders resulting in an Interpol search operation for the girl, officials said on Friday (13).

The Indian federal probe agency, which is frantically looking for the father-daughter, reached residences of Aman and his father Ajay Prakash Lohia in upscale Vasant Vihar locality in New Delhi and their offices in Kolkata last evening, they said.

The officers collected hard drives, travel documents and other incriminating details of the premises, the officials said.

The Interpol has issued a Yellow Notice for the two-and-a-year-old baby, Raina, who was taken away by her father Aman Lohia, amidst a custody battle with his wife and directives of the Delhi High Court to not leave the country.

After a dramatic escape, country’s External Affairs Ministry also issued a note verbale on September 9 to authorities in the UAE to not let Aman Lohia leave the country.

Yellow Notices are issued by the Interpol on the request of member countries to locate missing persons, while Red Corner Notices are a global request to arrest an absconder.

Aman Lohia, son of a noted businessman having family relations with a London-based global steel tycoon, was fighting a custody battle for his daughter Raina with his separated wife Kiran Kaur Lohia in the Delhi High Court.

The high court had handed over the custody to the mother with a parenting plan according to which Aman could meet Raina for some hours on three days of every week.

The court had also asked him to deposit his passport, which he did, the officials said.

Aman Lohia considered it as “gender bias of Indian courts towards women” and in a desperate move decided to escape to the UAE with his daughter.

On August 24 this year, when Raina had come to meet Aman as per the parenting plan, he took her along with family confidant Pawan Kumar and maid Shiuratia Debi Mahato to board a flight to Bagdogra with Delhi Police on their trail.

With his passport deposited in the court, Aman allegedly used a passport acquired from Caribbean country the Commonwealth of Dominica for his escape.

From Bagdogra, they took a taxi to Kathmandu in Nepal from where they went to Dubai via a circuitous route to gulf cities, including Doha, they said.

He reached Dubai where “personal laws enjoin exclusive custody upon the father”, the high court had noted in one of the proceedings. 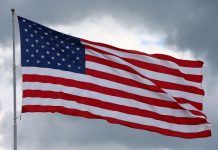 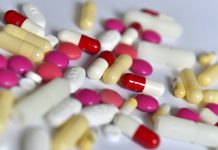 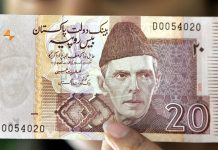