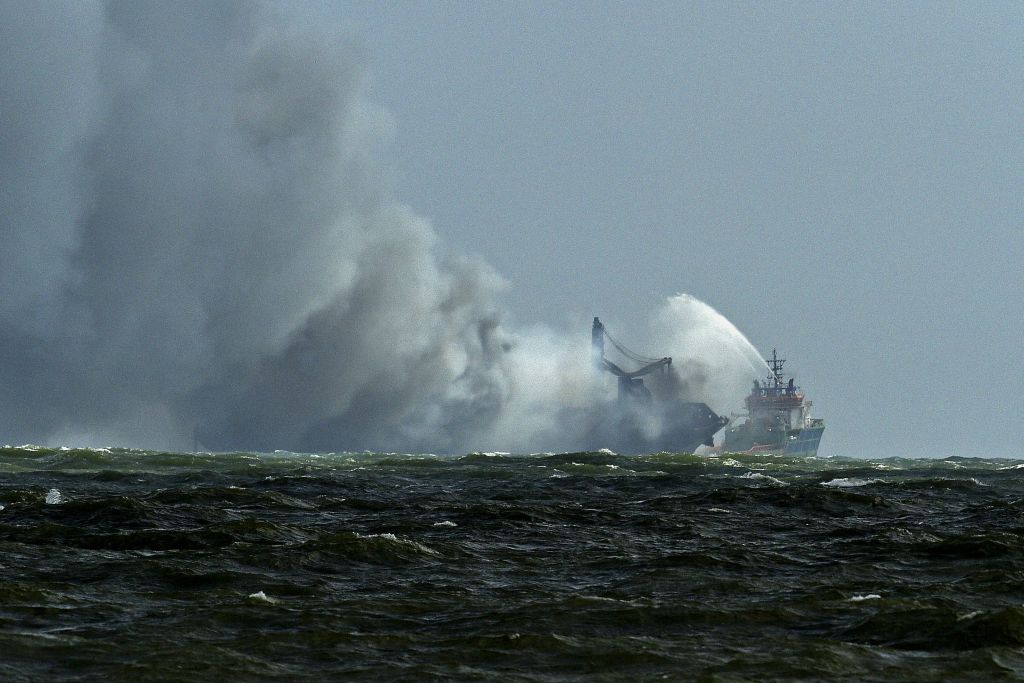 INDIA’S INS Sarvekshak, has surveyed 800 miles of the sea near the Colombo Port and a findings report has been sent to the Sri Lankan ministry of fisheries on Friday (2) to resume safe navigation and commercial fishing.

“Ship Sarvekshak surveying around #MVXPressPearl off #Colombo entered Colombo harbour, post completion of 800 miles of side scan #Sonar survey. The ship was welcomed by the Commander of Western Naval Area,” the Indian high commission in Sri Lanka wrote on Twitter on Saturday (3).

The survey was necessitated in the aftermath of Singapore-flagged cargo vessel MV X-Press Pearl catching fire and sinking in these water earlier in June.

The study aimed to identify underwater debris which could pose a threat to mariners and fishermen.

INS Sarvekshak, described as a state-of-the-art Hydrographic Survey Ship, was dispatched by the Indian Navy on June 23 upon a formal request from the Government of Sri Lanka to conduct a joint safety study along with the Sri Lanka Navy and National Aquatic Resources Research and Development Agency in the waters near and along major navigation routes off the Colombo harbour

At a felicitation ceremony on Friday, high commissioner of India Gopal Baglay handed over the ‘fairsheet’ of the survey to minister of fisheries Douglas Devananda

The ‘fairsheet’ has identified 54 underwater debris and one ship-wreck. The survey data will be used to issue advisories to mariners and fishermen and also to salvors when removing debris, the Colombo Page online news portal reported

Minister Devananda thanked the Indian government for quick response to their call for a joint study. He lauded India for its vision SAGAR (Safety and Growth for All In the Region), according to the daily

Apart from the 325 metric tonnes of fuel in its tanks, the ship was loaded with 25 tonnes of hazardous nitric acid.

Environmentalists have dubbed it as one the worst ecological disasters in the country’s history.