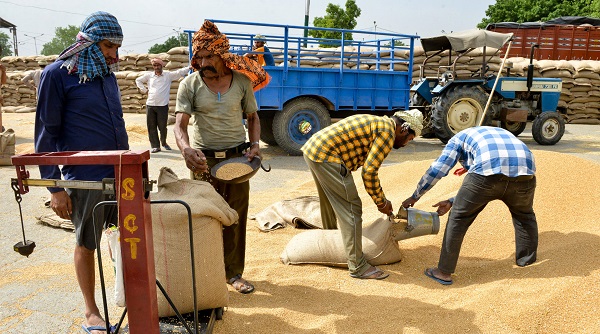 American brokerage Goldman Sachs suggested the land reforms can include transparent auctions and digitisation on the land front, an enabling environment for labour (Photo: NARINDER NANU/AFP/Getty Images).
Follow Us

The people’s verdict – which has the National Democratic Alliance (NDA) cruising to power such that the BJP will itself have a comfortable majority – will ensure in policy continuity, they said.

It added that the economy is undergoing a cyclical downturn at present which has seen a dip in growth to the seven per cent levels.

The agency’s peer Care Ratings said the developments on the political front are extremely positive for the economy as the government can continue to pursue its economic framework “without any legislative hindrance as the majority is absolute”.

It said labour reforms are necessary from the point of industrial flexibility as well as employment generation and asked for it to be looked into in a time-bound manner.

A re-look is needed on land acquisition policies, it said, adding that this will help get investments from foreign and private capital.

American brokerage Goldman Sachs suggested the land reforms can include transparent auctions and digitisation on the land front, an enabling environment for labour.

The government should also look at privatisation – a politically sensitive issue – beyond being a source of revenue, Care Ratings said, adding such a measure will help in efficiency enhancement.

Among other priorities, it should also look at financial sector distress, ease out GST and IBC frameworks and address the distress in the farm sector.

Both the rating agencies said employment creation lack of which was attempted to be exploited by the Opposition in the campaign should be a key focus for the new government.

“Unlike the BJPs first term, where prudence came at the cost of growth, the policy priority in the second term will be reigniting growth with prudence as a secondary priority,” analysts at the Japanese brokerage Nomura said.

Watchers will be keenly looking at the composition of key Cabinet ministers, it added.