A group of Indian-Americans from the Silicon Valley on Thursday held a peaceful demonstration against Congressman Ro Khanna, demanding that he distance himself from anti-Mahatma Gandhi and anti-India activists.

The demonstrators said Khanna’s endorsement of anti-Gandhi activists Amar Shergill and Pieter Frederich through his social media posts have angered many in the community.

“Frederich and his outfit Organization For Minorities In India (OFMI) have been at the forefront of a movement to remove the statues of Gandhi from public places in California,” the protestors said in a statement.

The agitated group of Indian-Americans held the protest on Thursday night outside the town hall venue of Congressman Khanna in Cupertino, California.

An online petition signed by over 1,500 people demanded Khanna distance himself from individuals and groups that oppose Gandhi and have been running anti-India campaign.

“It is ironic that Congressman Khanna who never tires of talking about Gandhi is today standing with the very individuals who are bent upon denigrating Gandhi and erasing his legacy,” said Nikhil Kaale, a resident of Fremont and the author of the petition.

Khanna has denied these allegations.

“Gandhi Ji believed in satyagraha, a belief that the truth will ultimately prevail,” Khanna had recently told PTI, responding to a question on the sentiments against him among a section of Indian-Americans.

“I am confident my record and work will speak for itself. I have worked very hard to strengthen the economic and defence relationship with the US and India and have established great credibility on foreign policy,” he said.

“I will continue to work to strengthen this relationship grounded on the ideals of the American founders and Mahatma Gandhi – ideals of inclusion and respect for every human being,” Khanna said.

Khanna was in news last month when a record number of 230 Indian-American organisations in the US urged the Democratic Congressman to withdraw from the Congressional Caucus on Pakistan, saying it was contrary to both American principles and India’s geo-strategic interests.

Khanna, 42, became the first Indian-American to have joined the Congressional Pakistan Caucus last month. He is also the member Congressional Caucus on India and Indian Americans, which is the largest country-specific caucus in the House of Representatives.

“OFMI, which has links to the Khalistani separatist movement in India had organised a series of protests against the installation of the statue honouring Gandhi’s legacy of nonviolence in the City of Davis three years ago. The statue was eventually installed after the city voted in its favour by three to two. Ro is not walking the talk,” said Reshmi Pillai, a Cupertino resident.

“Writing articles praising Gandhi is one thing; however [Rep Khanna] continues to support those fringe elements and groups who are intolerant and proven anti-Gandhi bigots. What example is this politician setting for American children by engaging in such contradictory behaviour?” she added. 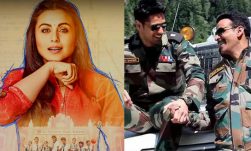 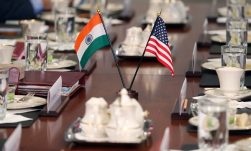