INDIA won a World Trade Organization (WTO) challenge to solar industry incentives in eight US states on Thursday (27), although the US told the panel the ruling would have little or no impact.

India brought the dispute to the WTO in 2016 after a successful US challenge to India’s own solar power policies, which Washington said had cut US solar exports to India by more than 90 per cent.

The WTO panel upheld India’s claim that California, Connecticut, Delaware, Massachusetts, Michigan, Minnesota, Montana, and Washington had broken the rules by incentivising the use of local content, thereby discriminating against Indian and other imported solar suppliers.

But the WTO’s ruling included US arguments which suggested India’s complaint would have little, if any, effect.

“Third, records confirm that nearly half of the measures at issue have fallen into general disuse and are essentially moribund,” it added.

In its legal arguments, India said that it was not relevant whether there had been an actual financial contribution and that it could not be expected to wait until there was a payment under one of the disputed subsidies to bring a WTO dispute. 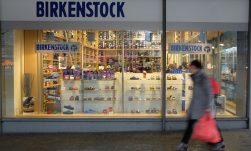