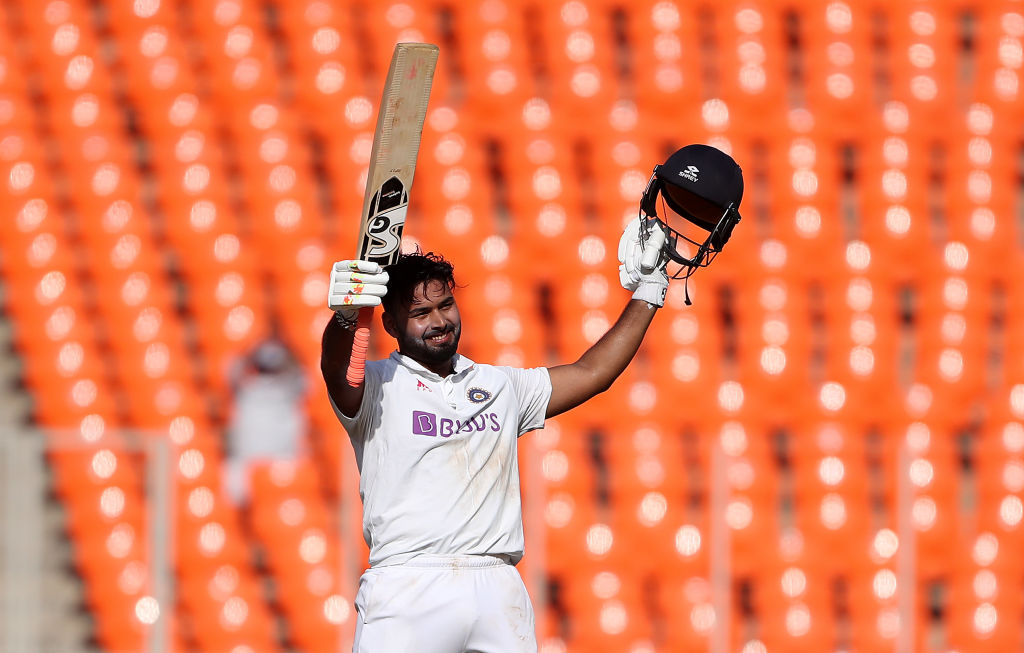 India wicketkeeper-batsman Rishabh Pant is “on his way to recovery” after testing positive for Covid-19 as the squad prepares for a Test series in England, the Board of Control for Cricket in India said Thursday.

India’s players, led by captain Virat Kohli, are currently in London but will enter a bio-secure bubble and leave for Durham later Thursday for a tour match next week.

The first Test begins in Nottingham on August 4.

Pant, 23, posted pictures of himself at a Euro 2020 match last month on his social media accounts.

“Pant, who had not stayed in the team hotel during the break period, tested positive on July 8.

“He is asymptomatic and currently undergoing self-isolation at the place where he reported positive. He is being closely monitored by the BCCI medical team and is on his way to recovery.

“He will be able to join the squad in Durham after returning two negative RT-PCR tests.”

The BCCI also said bowling coach B Arun, Wriddhiman Saha and Abhimanyu Easwaran had been identified as close contacts of Garani, who was in the team hotel when he tested positive.

Those four will undergo a 10-day isolation period and remain in their respective hotel rooms in London.

The BCCI said the entire India squad and staff in England, as well as travelling family members, had received a second Covid vaccine dose in London earlier this month.

The BCCI stressed the India contingent were all taking lateral flow tests on a daily basis to “mitigate any further risks”.

India players were given a 20-day break before regrouping for a five-match series against England which marks the start of the second World Test Championship.

Kohli was unhappy with India’s lack of warm-up games before the WTC final against New Zealand and tour fixtures before the England series were initially removed from the schedule because of Covid concerns.

India, however, will now play a County Select XI in a three-day match at Durham starting on Tuesday.

England have also been hit by the virus and fielded a second-string side, led by Ben Stokes, for their 3-0 one-day international series win against Pakistan.

Former England captain Michael Vaughan warned both English cricket’s new domestic Hundred competition and the India series were at risk if they remained subject to the British government’s current quarantine and isolation regulations.

“I fear for the 100 & the Indian Test series unless the isolation laws change,” Vaughan tweeted…we are bound to have cases as is the case with @RishabhPant17.

“Plus further down the line I fear the Ashes could be hugely affected with players pulling out unless bubbles/quarantine rules change!”