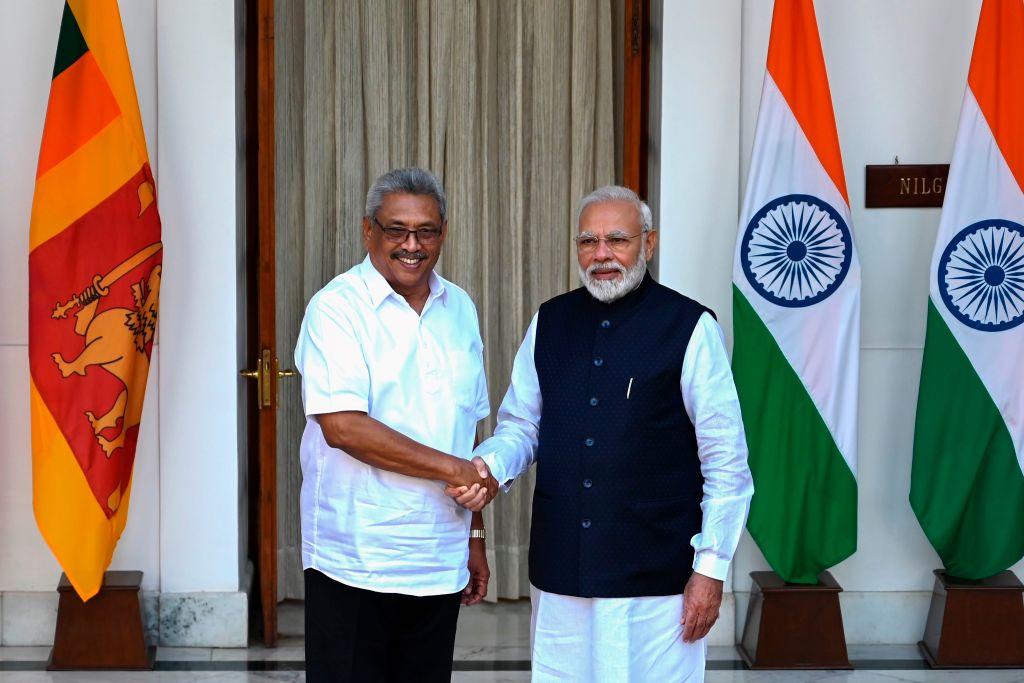 Sri Lanka and India vowed to strengthen military ties and widen maritime links with neighbours after security talks, the president’s office said on Sunday (19), as China’s economic clout increases in the region.

China, a long-time regional rival of India, has been widening its footprint in the region, including building ports and expressways and upgrading airports in Sri Lanka and the Maldives.

It did not give details of the proposed centre, but said other nations in the region should be included as observers.

The meeting followed Rajapaksa’s visit to New Delhi in late November for talks with prime minister Narendra Modi, who offered $450 million in aid to Sri Lanka after his landslide victory in the presidential election.

Local media reports said Rajapaksa will travel to China — his second foreign visit since coming to power — while his prime minister brother Mahinda will visit India on his first overseas trip.

No exact dates have been announced, but official sources said it could happen within weeks.

Sri Lanka has traditionally been allied to India, but China invested and loaned billions of dollars to the island nation during the decade-long reign of Rajapaksa’s elder brother, Mahinda. Chinese investments grew under the previous Colombo government too.

The visit will focus on technology, tourism and infrastructure as well as other areas, the president’s office said last week.

Rajapaksa in December warned India and Western nations that Sri Lanka would be forced to seek more finance from China if they do not invest in the island.

Sri Lanka was forced to hand over the strategic Hambantota port south of Colombo to China in 2017 on a 99-year lease after the government at the time said it was unable to repay loans taken to build it.