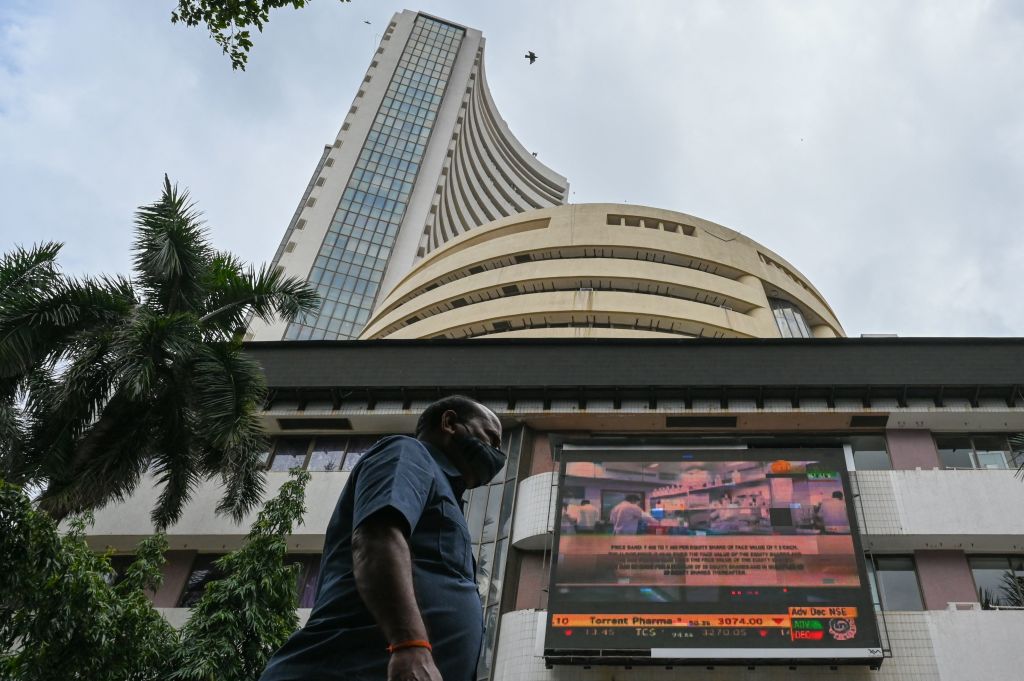 A pedestrian walks past the Bombay Stock Exchange (BSE) in Mumbai on August 4, 2021. (Photo by PUNIT PARANJPE/AFP via Getty Images)

INDIA’s economy expanded by a record 20.1 per cent between April and June, official data showed Tuesday (31), boosted by the manufacturing and construction sectors as growth rebounded from last year’s strict months-long pandemic lockdown.

It was the biggest growth on record since New Delhi started publishing quarterly statistics in 1996, and was broadly expected by analysts after a historic 24.4 per cent contraction in the same period last year when most factories ground to a halt.

“Economic activity has been reviving since July and has picked up momentum,” said Kotak Mahindra Bank senior economist Upasna Bhardwaj.

“As the vaccination pace picks up, we expect momentum to pick up further, although we remain wary on the evolution of Delta variant cases.”

Compared to the previous quarter in 2021 however, Asia’s third-largest economy contracted 16.9 per cent, according to an AFP estimate, reflecting the impact of a record-breaking surge in virus infections and deaths in April and May.

The government does not release quarter-on-quarter economic data.

India’s growth outlook has meanwhile been revised downwards by analysts amid uncertainty over how badly the economy has been hit.

The International Monetary Fund in July downgraded India’s annual growth forecast to 9.5 per cent for the year to March 2022 from its previous projection of 12.5 per cent.

Despite this, the South Asian nation of 1.3 billion people is expected to grow faster than any other country in 2021 due to the previous year’s record contraction of 7.3 per cent.

There are fears that a new wave of coronavirus infections could hit India in the coming months.

Cases have been rising above 40,000 nationwide over the past week, fuelled by a jump in infections in the southern state of Kerala blamed on a major local festival.

Kerala has since imposed a night curfew from next week to stem the rise in cases.

The pace of vaccinations across the country has risen significantly in recent weeks, with authorities giving more than 10 million Covid-19 jabs in a single day for the first time last week.

India has recorded more than 32 million infections and nearly 439,000 deaths, the second-highest in the world after the US.

But experts say that due to underreporting, India’s true toll could be much higher.