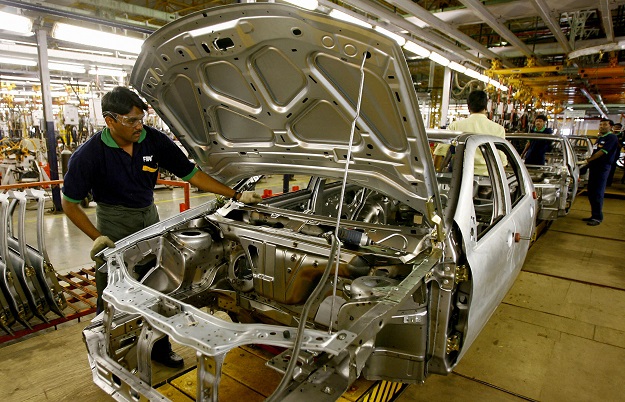 Overall, CEOs are not so positive about their own companies’ prospects for the year ahead, with only 27 per cent of global CEOs saying they are “very confident” in their own organisation’s growth over the next 12 months – the lowest level seen since 2009 and down from 35 per cent last year (Photo: SAJJAD HUSSAIN/AFP via Getty Images).

WITH confidence of CEOs over worldwide economic growth hitting rock bottom, India is their fourth choice after the US, China and Germany as only nine per cent in a global survey favour India for their companies’ growth prospects.

On the other hand, Indian chief executive officers (CEOs) showed second-highest level of confidence at 40 per cent after China’s 45 per cent when it came to overall revenue growth prospects of their own companies, as per the annual PwC CEO survey released here during the World Economic Forum annual meeting.

Overall, CEOs are not so positive about their own companies’ prospects for the year ahead, with only 27 per cent of global CEOs saying they are “very confident” in their own organisation’s growth over the next 12 months – the lowest level seen since 2009 and down from 35 per cent last year.

While confidence levels are generally down across the world, there is a wide variation from country to country.

China and India showed the highest levels of confidence among major economies at 45 per cent and 40 per cent, respectively.

The US was at 36 per cent, Canada at 27 per cent, the UK at 26 per cent, Germany at 20 per cent, France 18 per cent, and Japan having the least optimistic CEOs with only 11 per cent very confident of growing revenues in 2020.

When asked about their own revenue growth prospects, the change in CEO sentiment has proven to be an excellent predictor of global economic growth, PwC said.

Analysing CEO forecasts since 2008, the correlation between CEO confidence in their 12-month revenue growth and the actual growth achieved by the global economy has been very close, it said.

If the analysis continues to hold, global growth could slow to 2.4 per cent in 2020, below many estimates including the 3.4 per cent October growth prediction from the IMF, PwC said.

For the first time, more than half of the CEOs surveyed by PwC said they believe the rate of global GDP growth will decline.

While 53 per cent projected a decline in global economic growth (up sharply from 29 per cent last year), only 22 per cent expected improvement (down from 42 per cent). The survey covered nearly 1,600 CEOs in 83 territories.

It can be noted that IMF lowered its growth projections on Monday itself in an update here in Davos.   PwC said China is looking beyond the US for growth, even as overall the US just retains its lead as the top market CEOs look to for growth over the next 12 months at 30 per cent, one percentage point ahead of China at 29 per cent.

However, ongoing trade conflicts and political tensions have seriously dented the attractiveness of the US for China CEOs.

In 2018, 59 per cent of China CEOs selected the US as one of their top three growth markets, in 2020 this has dropped dramatically to just 11 per cent.

The US loss has been Australia’s gain, with 45 per cent of China CEOs now looking to Australia as a top three key growth market compared with only 9 per cent two years ago.
The other countries making the top five for growth are unchanged from last year – Germany (13 per cent), India (9 per cent) and the UK (9 per cent).

A strong result for the UK given the uncertainty created by Brexit. Australia is just outside the top five boosted by its increased attractiveness for China CEOs.