India fight back with Root wicket after 191 all out 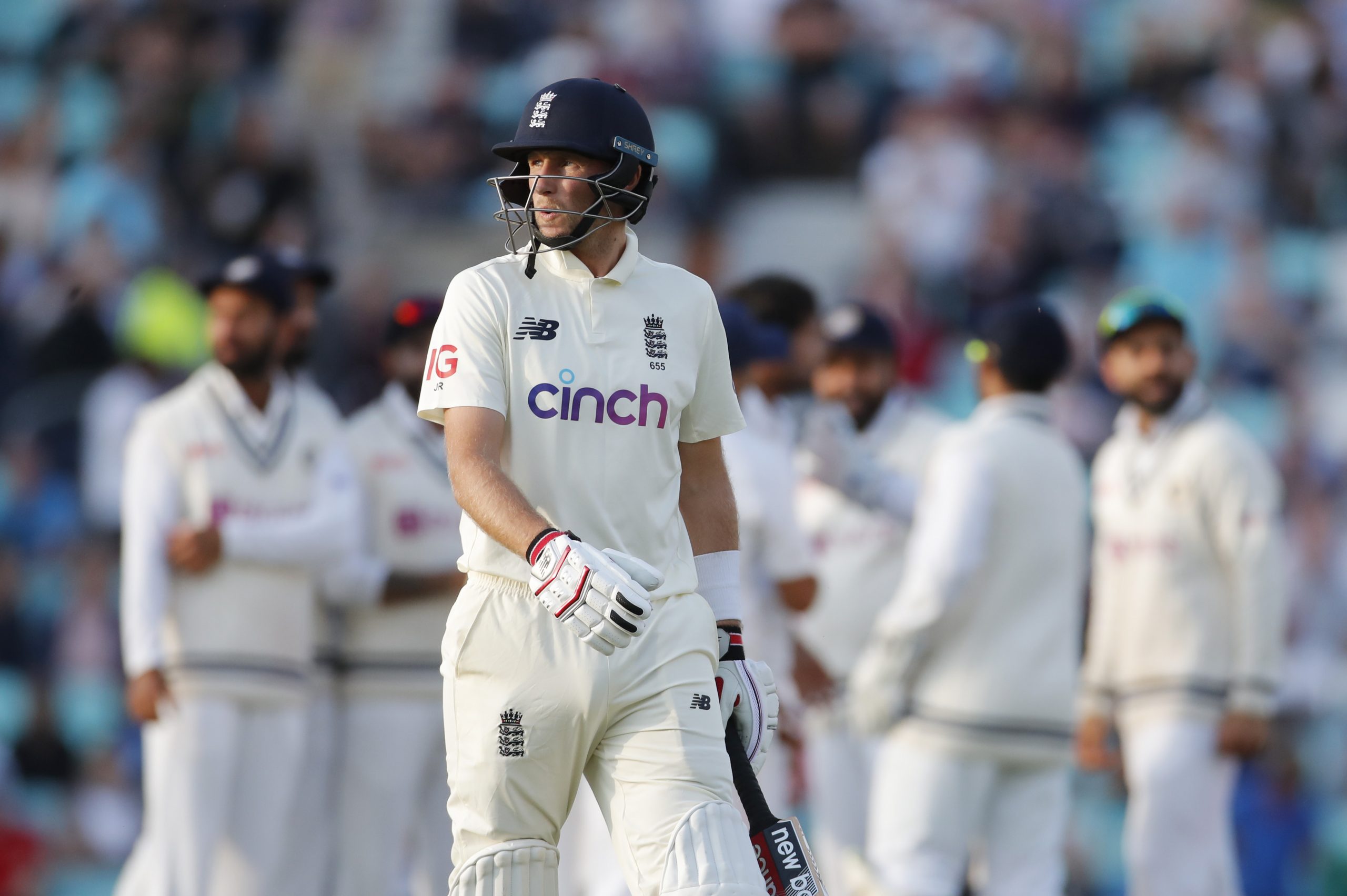 Joe Root walks back after being bowled by Umesh Yadav. (Reuters/Andrew Couldridge)

ENGLAND bowled out India for 191 before suffering a top-order collapse of their own on a bowler-dominated opening day of the fourth Test at The Oval on Thursday (2).

The hosts lost their talismanic captain Joe Root in the penultimate over of the day to concede some of their advantage and were 53 for 3 at stumps.

Dawid Malan was batting on 26 and nightwatchman Craig Overton was one not out with England 138 runs behind.

Earlier, Virat Kohli made 50 but it was number eight batsman Shardul Thakur’s blistering 57 off 36 balls which lent respectability to India’s total after they had been put in to bat.

They were 39 for 3 before Kohli arrested the slide but the touring side slumped to 127 for 7 after the captain’s departure.

Thakur launched a spectacular counter-attack but they still fell short of the 200-mark.

Root took spearhead James Anderson out of the attack after an expensive, wicketless spell and pressed Chris Woakes into service.

Playing his first Test in 12 months, Woakes struck in his first over to trigger a mini-collapse.

The seamer surprised Rohit with extra bounce and Jonny Bairstow, replacing Jos Buttler behind the stumps, took the catch.

The onus was on Kohli to prevent a batting meltdown similar to the third Test in which India were shot out for 78, allowing England to level the five-Test series 1-1.

Luck appeared to favour him too as Kohli got a reprieve on 22 when Root spilled him in the slips after the India captain had edged Woakes.

Kohli could not convert his fifty into a big knock, though, falling caught behind to Robinson.

India sent Ravindra Jadeja in ahead of Ajinkya Rahane and Rishabh Pant in a surprising move but all three fell cheaply.

Thakur reached fifty off 31 balls with his third six before Woakes trapped him lbw.

England were jolted early in their reply as Jasprit Bumrah struck twice in five balls.

Rory Burns played with an angled bat to be bowled for five and Haseeb Hameed produced a rash stroke to be caught behind.

Root, the world’s top-ranked Test batsman, made a fluent 21 but was bowled through the gate by a fine Umesh Yadav delivery.

India left out spinner Ravichandran Ashwin again and brought in seamers Yadav and Thakur to replace the injured Mohammed Shami and Ishant Sharma.

England welcomed back Woakes and batsman Ollie Pope in place of Sam Curran and Buttler.