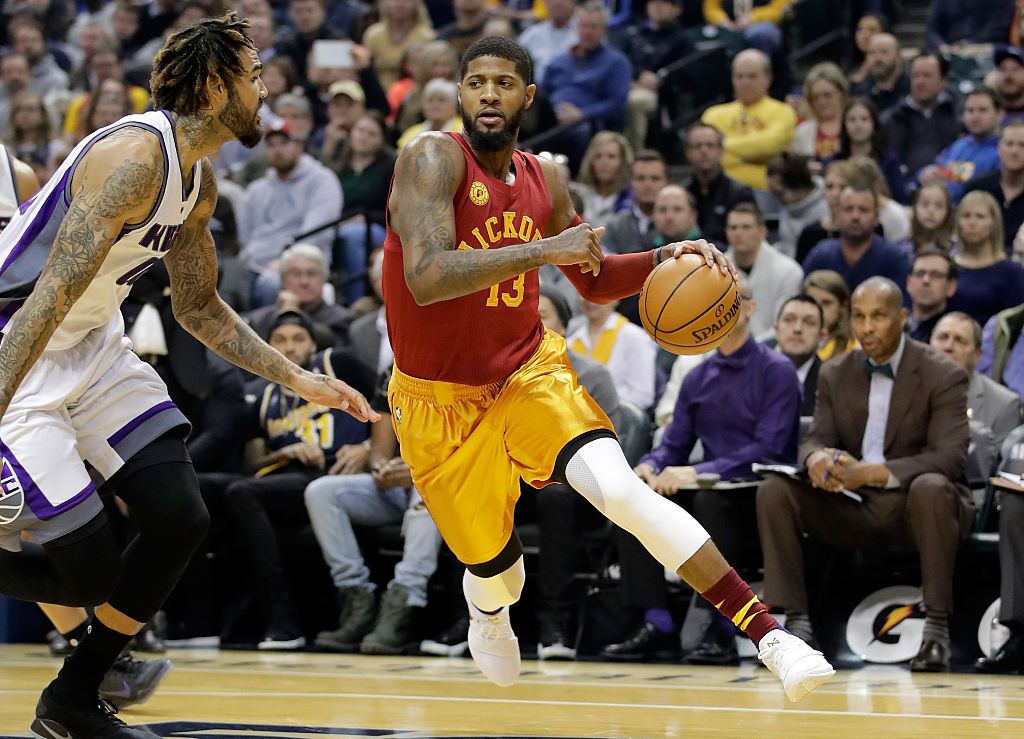 INDIANAPOLIS, IN – JANUARY 27: Paul George #13 of the Indiana Pacers dribbles the ball during the game against the Sacramento Kings at Bankers Life Fieldhouse on January 27, 2017 in Indianapolis, Indiana. NOTE TO USER: User expressly acknowledges and agrees that, by downloading and or using this photograph, User is consenting to the terms and conditions of the Getty Images License Agreement (Photo by Andy Lyons/Getty Images)
Follow Us

Basketball can become as popular in India as it is in neighbouring China and bringing pre-season games to Mumbai can prove a timely catalyst, a top NBA executive has told Reuters.

Cricket-mad India, with its population of 1.3 billion, has been for years on the radar of the National Basketball Association, which has arranged the visits of 35 current and former players in the country since 2006.

The NBA also runs an academy near New Delhi and opened an office in Mumbai in 2011 – one of its 12 offices outside the United States.

On Friday, Indiana Pacers and Sacramento Kings faced off in Mumbai in the first of the two pre-season games in India.

“I have been with NBA for 20 years, I was at those very first games played in China. It reminds me very much of our early days in China,” NBA deputy commissioner Mark Tatum said in an interview.

“Today in China basketball is the number one sport. 300 million people play the game of basketball in China.

“It is very reminiscent of the early days of the NBA in China. And I think that basketball has the same potential here in India.”

Since 2004, 17 NBA teams have played 26 games in Beijing, Guangzhou, Macao, Shanghai, Shenzhen and Taipei and LeBron James’ Los Angeles Lakers will play a pair of exhibition games against the Brooklyn Nets in China this month.

The Lakers, 16-time champions, and Nets will play in Shanghai on Thursday followed by a game in Shenzhen on Oct. 12, extending the trend of NBA squads competing in China.

According to the annual report on the teams’ digital performance, the NBA franchises gained a cumulative 47 million new followers on Chinese social media platforms last season.

The popularity of Chinese basketball icon Yao Ming, who played nine seasons in the NBA with the Houston Rockets, opened the doors for the NBA in his native country but Indian players are yet to make a mark in the league.

“There is no doubt that the presence of Yao helped accelerate our interest in the game of basketball there,” said Tatum, who is also the chief operating office of the NBA.

“And now even after Yao has stopped playing, that passion has been fuelled in Chinese fans and they continue to follow the game in record numbers.”

Besides its academy, the league launched the Reliance Foundation Jr. NBA Program in 2013 to develop the game at the grassroots level in India and Tatum said the NBA was deeply invested in developing talent in the country.

“It’s not to put a time frame on it. There is no doubt that I think in the next five to 10 years we will see an everyday starter in the NBA from India and hopefully an all-star starter in that time frame,” he said.

India is set to overtake China and become the world’s most populous country by 2022 and with its young population and economic growth prospects, the south Asian country is one of the most important markets for the NBA, Tatum said.

While regular-season NBA games are not yet a realistic possibility due to logistical issues, pre-season games might be a regular feature in India.

“So for us we see all of that growing interest and the big macro factors around the country, we see that as a great time to continue to invest in India,” Tatum said.

“I think depending on what we have seen so far, such a tremendous response and a very, very successful trip and experience for our players and the fans, I’d hope there will be more and more pre-season games here.” 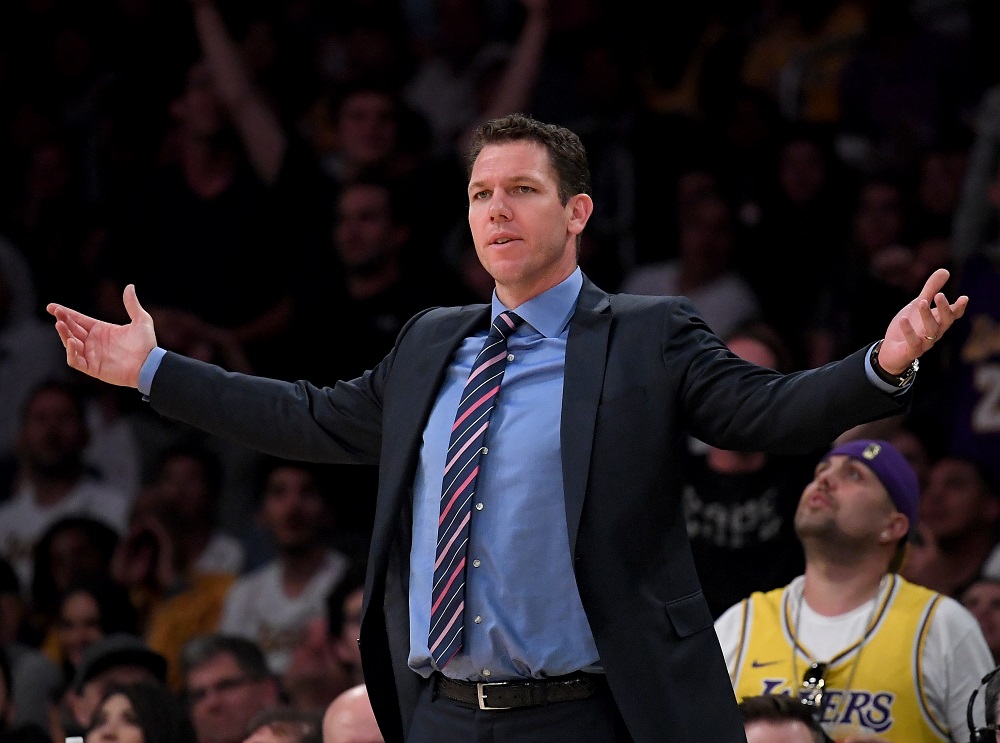 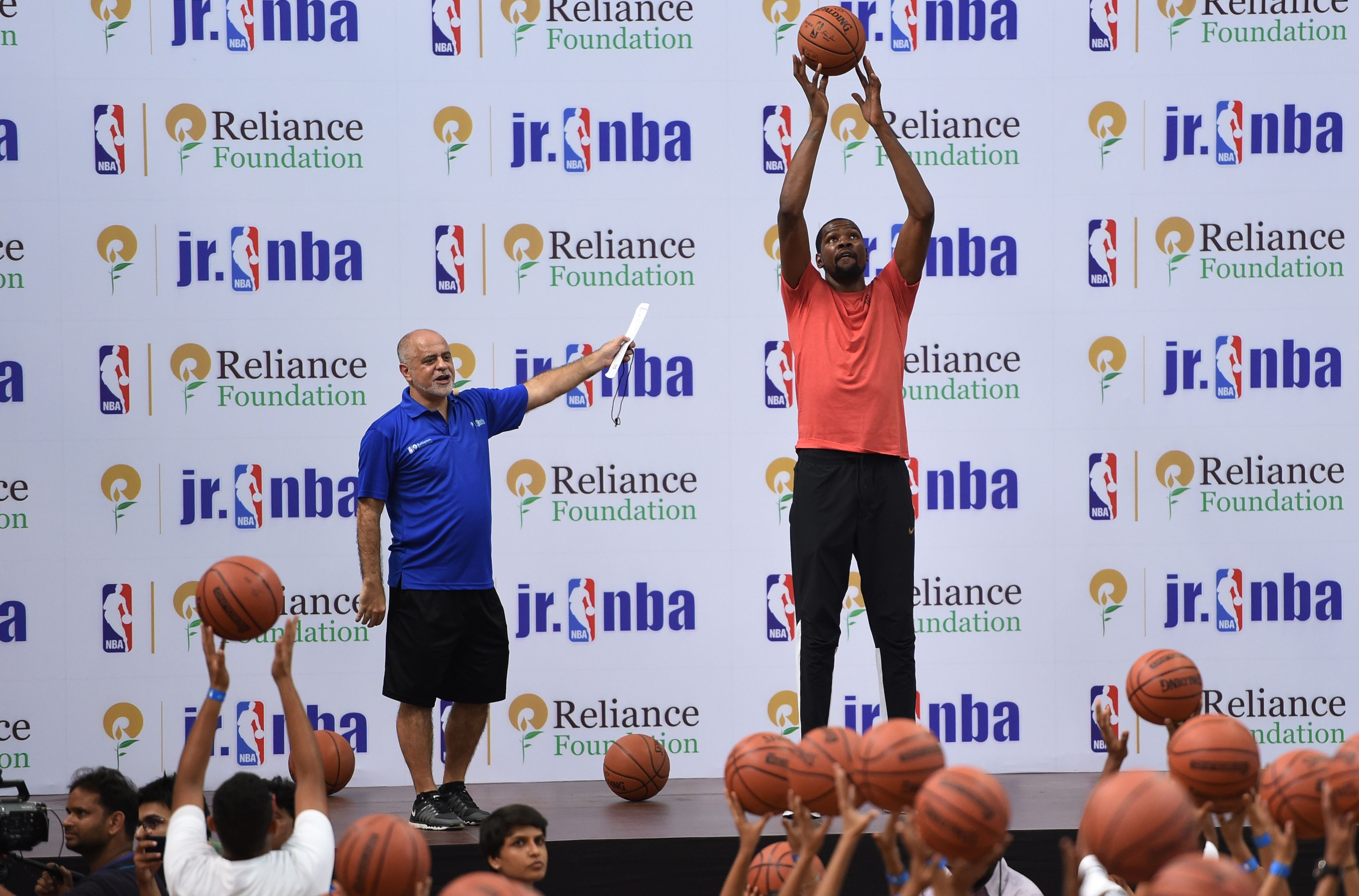