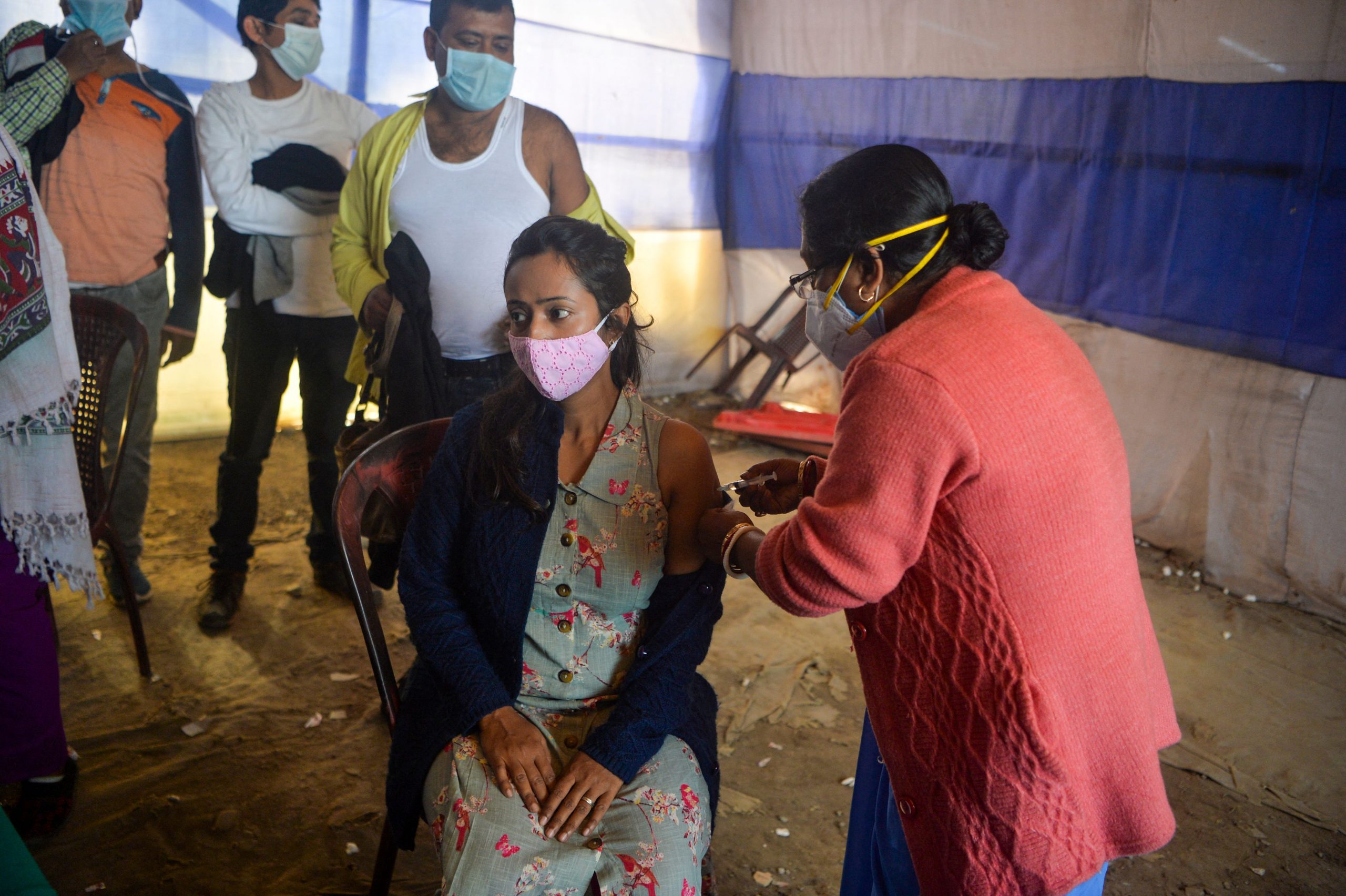 A health worker inoculates a woman with a third “booster” dose of the Covishield vaccine in Siliguri on January 10, 2022, as the country sees an Omicron-driven surge in Covid-19 coronavirus cases. (Photo by Diptendu DUTTA / AFP)

India began a Covid-19 booster shot campaign for frontline workers and vulnerable people aged 60 and above on Monday as authorities grapple with a rapidly escalating outbreak driven by the Omicron variant.

“It’s necessary that we start protecting our population more.”

People aged 60 and above with pre-existing medical conditions, health professionals, and other essential workers are all eligible for a booster nine months after their second jab.

“I want to keep myself safe in this pandemic, that’s why I got it,” said Sunil, a municipal worker who received his latest shot on Monday.

“Nothing happened in the first one, and nothing in the second one, what can go wrong with the third one?”

India appears better placed to weather the Omicron strain than it was ahead of the calamitous Delta wave it suffered last year.

During that period, more than 200,000 people died within a few weeks, according to official figures. Experts believe the real number is several times higher.

In the time since, Indian health workers have injected more than 1.5 billion vaccine doses, with teens aged 15-18 eligible since last week.

As in other countries, deaths are a fraction of those during the Delta wave — with 146 fatalities recorded on Sunday, compared with more than 4,000 per day during last year’s spike.

But experts still fear the number of new infections to come could test the country’s hospitals in a bleak rerun of last year’s catastrophe.

“This could potentially stress out health care systems to levels comparable to or worse than the second wave,” Gautam Menon, a professor at India’s Ashoka University who has worked on Covid infection modelling, told AFP last week.

After a similar surge in cases, neighbouring Nepal has closed schools until the end of January and is considering limiting public gatherings.

The Himalayan nation’s 75-year-old prime minister, Sher Bahadur Deuba, is currently in isolation after other senior politicians tested positive for the virus.