Hate crimes in England and Wales increase during the pandemic: report 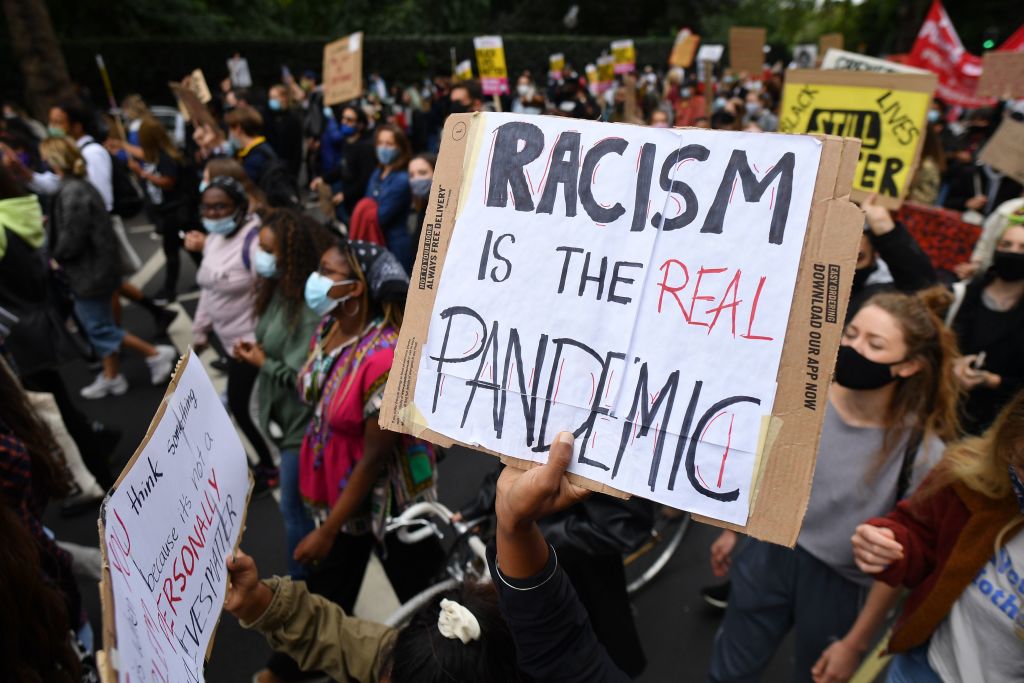 FILE PHOTO: People hold up placards as they take part in the inaugural Million People March march from Notting Hill to Hyde Park in London on August 30, 2020. (Photo by JUSTIN TALLIS/AFP via Getty Images)

A new Home Office report has revealed that reported hate crimes in England and Wales have increased by 9 per cent to a record number of more than 124,000 since the start of the pandemic, reported The Guardian.

Racially motivated crimes, which are nearly three-quarters of the total hate crimes, increased by 12 per cent over the year ending in March 2021, the report added.

According to Home Office, police have improved the way the crimes are recorded, but there have also been “short-term genuine rises in hate crime following certain trigger events”.

“Increases in hate crime were seen around the EU referendum in June 2016 and the terrorist attacks in 2017. There was also an increase in public order hate crimes during the summer of 2020 following the widespread Black Lives Matter protests and far-right counter-protests,” The Guardian reported quoting official figures.

Race campaigners have claimed that a rise in online disinformation and conspiracy theories has been used to promote hate and violence during the pandemic.

Following the death of George Floyd in May 2020, many protesters adopted the US slogan “Black Lives Matter” in the UK and demonstrated against the continued display of statues linked with slavery and colonialism.

The Guardian report pointed out that the release of the figures will raise further questions over the lack of data about hate crimes against women, which are not recognised in the statistics. It follows the national outcry over the murder of Sarah Everard at the hands of a serving policeman.

Campaigners say sex and gender should be added to the list of hate crimes, arguing misogyny is one of the “root causes” of violence against women.

Eleven out of 43 police forces in England and Wales record misogyny as a hate crime, but the prime minister, Boris Johnson, has ruled out changing the law.

The statistics showed that religious hate crimes fell by 18 per cent, in the second successive annual drop since a peak in 2019.

More than half of the hate crimes recorded by the police were for public order offences, including threatening and abusing people in public places, 40 per cent for violence and 5 per cent for criminal damage and arson, the Home Office data revealed.

“It’s unacceptable that so many people are facing abuse and attacks just for being themselves. The shamefully small number of offenders being brought to justice shows how damaging Tory police cuts have been, allowing vile criminals to escape justice yet again,” Thomas-Symonds was quoted as saying by the newspaper.

“The backlash against people standing up to racial injustice shows how far we have to go as a country to defeat hatred.