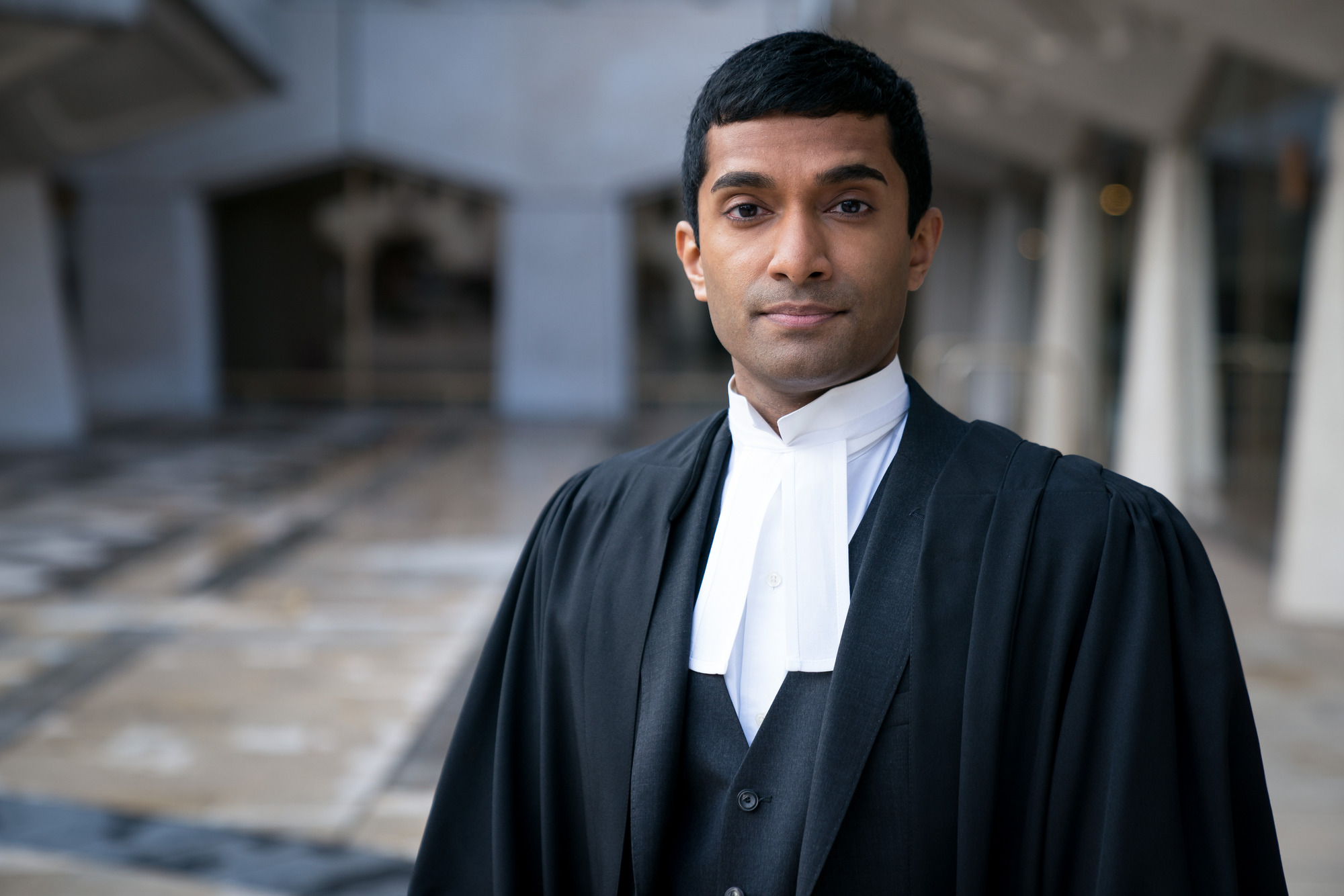 AN ASIAN actor starring as a barrister in a new BBC political thriller has applauded the casting in the series, as he emphasised the importance of seeing ethnic minorities in top professions.

“To see two characters from an ethnic background in a profession that you may not normally see on TV was great,” he told Eastern Eye last Friday (23). “I think the casting of the show is just impeccable across the board.”

In the beginning of his career, Ashok admitted to being typecast in roles portraying Asians in a “negative way”. His early experiences of auditioning saw him being put forward for stereotypical roles, including an array of terrorist characters.

“There would be characters who were falsely accused of terrorism, or those who you don’t think of as the terrorist, but then he becomes one,” Ashok, from east London, recalled. “Those kind of roles are fine if they’re actually adding more to the story, but if they’re telling the same generic ‘oh, he’s an angry Muslim man’ narrative, then I think it gets a bit lazy.”

The BBC series has been released at a time of real-life political turmoil, in the middle of the coronavirus pandemic and on-going Brexit negotiations. Noting the significance, Ashok agreed Roadkill was “quite a timely show”. “Even though it’s all completely fictional, and obviously heightened, politics is such an important part of life at the moment,” he said. “I think many viewers will find (the show) appealing, as it definitely feels relevant.”

In the lead role, Golden Globe winning actor Laurie’s portrayal of Laurence has been widely applauded by critics. The Telegraph praised him for a “charismatic performance”, while the Times singled out Laurie for his “excellent” portrayal of the corrupt politician.

Ashok agreed, describing the 61-year-old actor as being “incredible in everything he does”. “(Laurie’s) portrayal of Peter is brilliant,” he said. “When we did our first read through of the script, it was so compelling to watch him read the part.”

Ashok, whose acting credits include roles in political drama Cobra and crime series CB Strike, said his career has changed the way he views film and television. He admitted finding it difficult to immerse himself in a story as he tended to analyse the actor’s performance instead. “Or I’ll watch something and I’ll focus on the way they have filmed the shot, instead of the story itself,” he laughed. “It’s a bit of a shame because I would rather be engrossed in the show and not be commending the lighting, even though those elements do certainly deserve applause.”

Ashok, who had a starring role in the Pulitzer Prizewinning drama Disgraced, which premiered on Broadway in 2014, was cast in the West End adaptation of Anton Chekhov’s The Seagull prior to lockdown.

Starring Game of Thrones actress Emilia Clarke in the lead role, the play was hugely anticipated and was expected to draw large audiences, but unfortunately for the cast and crew, the show was forced to close in March after only five performances due to the pandemic. “(The cancellation) was heartbreaking,” Ashok said. “But at the same time, we all knew that it was the right thing to do.”

After speaking to Eastern Eye, Ashok was due to catch-up with his The Seagull co-stars via a Zoom call. The cast arranged a monthly catch-up after the show was temporarily closed, he explained. “Once a month, we have a reunion to see what the state of the world is in terms of the theatre industry and if there’s any possibility of opening up at some point soon,” he revealed.

Even when theatres do eventually open, Ashok believes audiences may feel reluctant to visit due to the fear of catching coronavirus. “At the moment, I’m not sure people will want to go and sit in a room with 800 others,” he said.

The actor is optimistic for a solution, however, as he emphasised the importance of arts to the world. “In particular, it’s important for people’s mental health,” Ashok said. “It can allow people to escape
from certain things, by watching something on television or going to
see a show. But the arts are really suffering at the moment, and hopefully, at some point, it will get back on track.”

Roadkill continues on Sunday (1), BBC One at 9pm, and all episodes are available to watch on BBC iPlayer now.