Abhidnya Bhave: I want to be first preference to play roles with substance 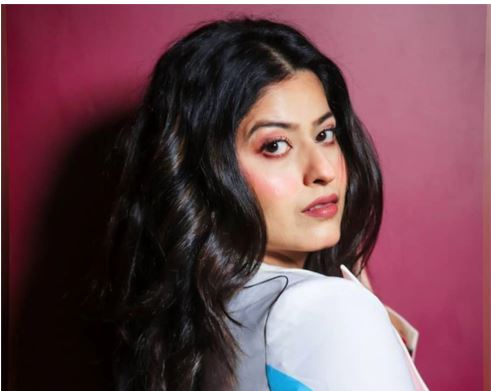 POPULAR actress Abhidnya Bhave started with a couple of cameos in Hindi drama serials, but really made a big name for herself after stepping away from that space and delivering winning performances in Marathi projects.

After a whole host of terrific turns in film and TV shows in the regional language across six years, she made a winning return to Hindi TV recently with the massively popular Pavitra Rishta 2.0, a reboot of the classic drama serial of the same name. She is now looking forward to showing off her impressive range and has multiple paths open to her.

Eastern Eye caught up with the smallscreen star to discuss her interesting acting journey, Pavitra Rishta 2.0 and future hopes.

In some way we all want to step away from our lives and try new things or make some changes to our personality, which is difficult. But being an actor gives you the liberty to think from the other side and get into another person’s shoes. Then as Abhidnya, I can add something to that, keeping in mind how the character would think and react. So, it changes your perspective as a human being and as an actor. You become more selfless and start thinking about others more than yourself. I love that about acting. It allows me to push boundaries and be different every day.

You started out acting in Hindi projects, but quickly switched to Marathi. Why is that?

The characters I played in Hindi were negligible. I switched to Marathi because I got good opportunities and got to be an actor. In Marathi, good characters were written for me, which I am known for. I got back-to-back projects in Marathi and became very busy. Someday I thought I would get back to the Hindi industry and stay. That happened with Pavitra Rishta.

What led towards Pavitra Rishta 2.0?

I did not choose it, this show chose me. I was asked to give an audition, which I did. I later went for a reading and look test and was selected. I think it was all destined. Pavitra Rishta chose me. The characters remain the same, but this new interpretation of the much loved drama serial Pavitra Rishta is very modern and crisp.

Tell us about the experience of playing your character Manjusha in it?

Manjusha is protecting her husband and brother but doesn’t understand she is harming lot of people around her or unintentionally creating hurdles. I kept that in mind so the intentional had to look unintentional, otherwise the character would be different. I hope that thought reaches the viewers.

How does it compare to the original?

You cannot compare the two because the original was unique and so is Pavitra Rishta 2.0. The way the characters are written and portrayed is different. The only comparison would be that Pavitra Rishta then was a brand, and this will also be a brand. Both are individually strong enough to stand on their own.

Did you take any references from the original when preparing for the role?

Yes. I had watched the whole show and knew how Manjusha was in it, but when I started portraying her, I knew I wouldn’t be doing the same thing which she did back then. I wanted to bring my own element and that is what I absolutely tried to do. I got my own thoughts into the character and tried to keep her as real as possible. Even though Manjusha is a little over the top, I did not want to go like that in this series, and so I tried to keep her realistic.

How does this compare to other projects you have done?

In the other projects, I think I could never be this realistic. I have always been attracted to real things, whether it is a film or on television. The biggest challenge was not to wear much make-up on screen, but any insecurities soon vanished. When you present yourself as real, it becomes effortless, because there is nothing between you and your camera, not even make-up.

What is the plan going forward?

The plan is only to do amazing projects and deliver great performances. To let directors and producers know the girl named Abhidnya is ready to take risks. My focus is not to do glamorous roles, but performance-oriented characters audiences will notice, so much so that I would be the first preference for such roles.

What kind of roles do you want?

I have done a lot of grey-shaded characters, so for a change, I want to do something for which I get sympathy. I have never felt or experienced that from audiences because like I said, I usually play characters with shades of grey, and they say ‘you are too bad’. Ultimately, I never keep boundaries and am open for any good opportunity which will challenge and enhance me.

I always wanted to work with Shaheer (Sheikh). When I got to know that he will play Manav in Pavitra Rishta 2.0, my heart skipped a beat. Thankfully I got scenes with him and I want to work with him in future projects. I also want to share the screen with Ranveer Singh because he is such a versatile actor and I want to learn from him.

What kind of content do you enjoy watching as an audience?

What is your idea of happiness?

My idea of happiness is seeing people happy around me, especially those who mean a lot to me. That makes me feel happy and blessed. My world revolves around my parents and husband. When they watch me on screen and feel happy, that makes me happy too. I am happier with their happiness than my own. I work for them, and making them proud are moments I enjoy most in my life. That is what I think I work for.

Finally, why should we tune into Pavitra Rishta 2.0?

You should watch Pavitra Rishta 2.0 because it is Pavitra Rishta. It’s the sweetest
innocent form of what you saw previously. Every actor associated with it has given more than 100 per cent and did it as a tribute to Sushant (Singh Rajput). He had already taken Pavitra Rishta to the next level and set a benchmark for us. We had no option but to live up to that. It is a more realistic version of the drama you were a fan of. Everyone who has worked on it has done a great job. When you watch it, you will know.