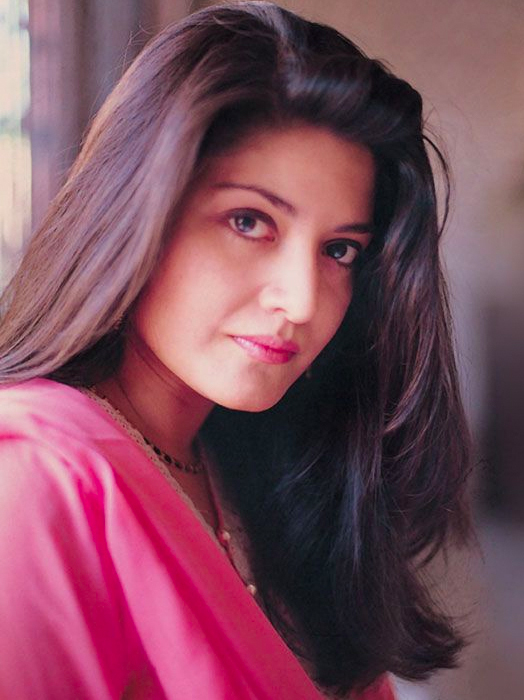 The highest grossing Bollywood release of 1980 starred superstars Feroz Khan, Vinod Khanna and Zeenat Aman, but it was an unknown teenager who made the biggest impact and turned the film into a blockbuster. That youngster was a Pakistani singer named Nazia Hassan and she delivered a game-changing song that would transform the commercial music industry in a way not seen before.

Born in Karachi, Nazia was a child prodigy who started singing at a very young age and had appeared on Pakistani television. Nazia was just 14 when she was introduced to Feroz Khan, who was the producer, director and lead star of Qurbani.

He already had a soundtrack composed with legendary music duo Kalyanji Anandji, but took the inspired decision to add a standalone pop song. He would get Indian music producer Biddu, who had made it big in the west with blockbuster hits like Everybody Was Kung Fu Fighting and team him up with an unknown singer with a unique voice. The result was the song Aap Jaisa Koi, picturised on Zeenat Aman. The disco-inspired song exceeded everyone’s expectations and at the age of 15, Nazia would become the youngest ever recipient of the Filmfare Award for Best Female Playback Singer, a record the late singer still holds. She received the award from legendary actor and filmmaker Raj Kapoor.

But beyond the global success of the song, it would have a transformative effect on sub-continental music not seen before. Before the song had released, the pop industry didn’t exist in India or Pakistan, with film music being dominant. The success of Aap Jaisa Koi led to Biddu teaming up with Nazia for the album Disco Deewane, which would become the biggest selling non-film release in Indian and Pakistani music history, triggering the pop industry in both countries. The album smashed every record in India and Pakistan, but also did well globally in countries, including Russia. After decades spent on investing mostly in movie soundtracks, record labels suddenly realised there was a pop industry waiting to be built.

Teenage sensation Nazia became the sub-continent’s first pop idol. Instead of taking up a big money offer to act in a movie, she teamed up with her talented brother Zoheb Hassan, who had sung on some of the Disco Deewane tracks, for a series of successful albums, including the soundtrack for 1982 Bollywood film Star. Their albums, including Young Tarang and Hotline, would further cement their positions as pop icons. They toured the world, including accompanying Bollywood’s biggest star Amitabh Bachchan during a North American tour in 1984.

The singing success led the superbly talented siblings towards hosting TV show Music 89 on Pakistan’s state run TV channel PTV. The pathbreaking TV series gave the first significant platform to pop talent, giving a big break to future superstars, including Vital Signs, Ali Haider, Sajjad Ali and Strings. The music acts featured on the show hosted by the duo would influence a whole generation of Pakistani music stars and it was such a success that shortly before his death, Aslam Azhar, the founding father of Pakistani television, said it was a significant achievement in his legendary career. 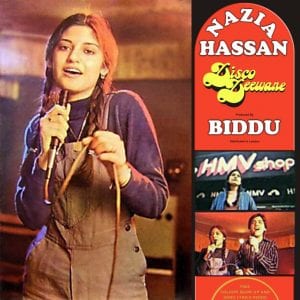 Nazia breaking boundaries, crossing frontiers, smashing glass ceilings and opening doors during the 1980s led to a major pop boom across India and Pakistan during the 1990s. Many artists would make a global mark and transform the music industry in India and Pakistan forever. These artists included Daler Mehndi, Alisha Chinai, Vital Sings, Junoon and many overseas acts, including UK artists like Bally Sagoo and Malkit Singh.

This would subsequently trigger the launch of music channels like MTV India and film music incorporating more pop influences, which resulted in huge sales.

The root of all the pop successes can be traced back to a teenager teaming up with a globally successful music producer for a Bollywood song Aap Jaisa Koi, which celebrates its 40th birthday this week. August marks the 20th death anniversary of Nazia, who stepped away from music at a young age and sadly passed away from cancer in a London hospital in 2000 at the age of 35.

Did you know?
■ Nazia Hassan was first offered the mega-hit Made In India album, but refused it because she didn’t want to offend Pakistanis.

■ Bollywood actress Alia Bhatt has expressed a desire to portray Nazia in a biopic.

■ Nazia was one of the first South Asian celebrities to launch an anti-drugs campaign and her other philanthropic activities included being appointed a UNICEF Goodwill Ambassador.

■ Nazia was once named in a list of the top 50 people, who helped to change the face of India and was named one of 11 female pioneers of Pakistan.

■ In 2014 in the seventh season of massively popular music show Coke Studio Pakistan, Zoheb Hassan teamed up with singer Zoe Viccaji to pay tribute to his late sister Nazia with the
song Jaana.