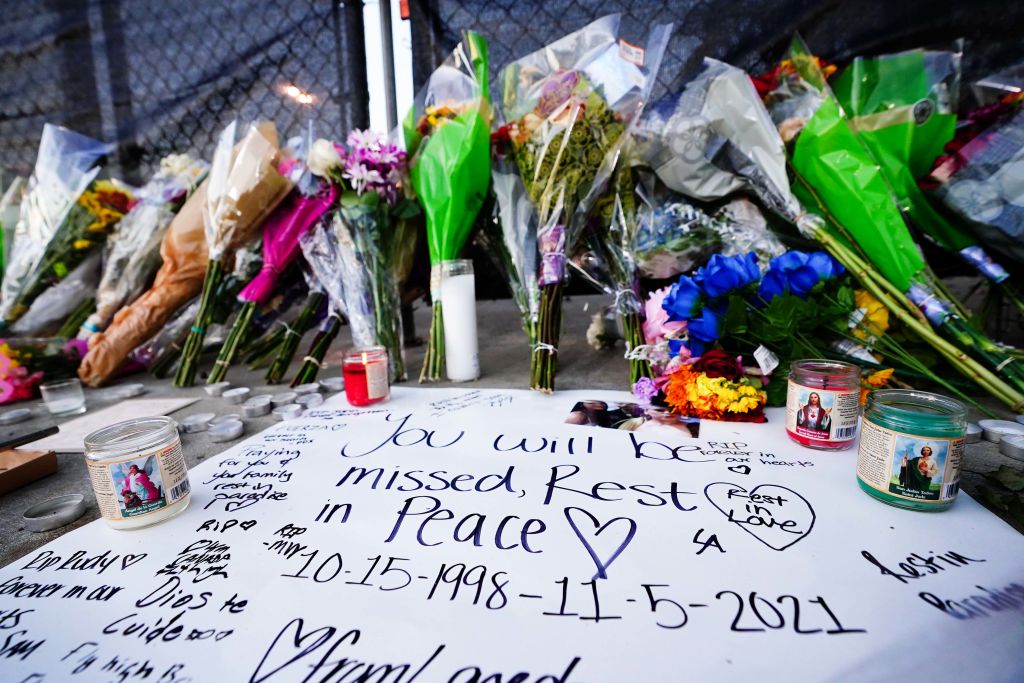 Candles, flowers and letters are placed at a memorial outside of the canceled Astroworld festival at NRG Park on November 7, 2021 in Houston, Texas. According to authorities, eight people died and 17 people were transported to local hospitals after what was described as a crowd surge at the Astroworld festival, a music festival started by Houston-native rapper and musician Travis Scott in 2018. (Photo by Alex Bierens de Haan/Getty Images)

TRIBUTES have been paid to eight people who died as a result of a crush of fans pushing toward the stage while rap star Travis Scott performed at a Houston-area music festival last week.

Around 50,000 people were in the audience at Houston’s NRG Park when the crowd started pushing toward the stage as Scott was performing, triggering chaotic scenes at the Astroworld Festival.

Among those killed was Danish Baig, whose heroic final actions were remembered on Facebook by his brother. Baig died trying to save his fiancé from being crushed.

“My brother Danish Baig (was) a beautiful soul whose smile would light up the room and put everyone before himself. Last night he showed his courageous act to save my sister in law/his fiancé from those horrendous things that were being done. I am lost of words and in true trauma from this event. I was there and I wasn’t able to save my brother,” Basil Mirza Baig wrote on Facebook.

Danish and his fiance, Olivia Swingle, 25, both worked at AT&T Inc, his family told People.com.

Danish, 27, who worked as a company district manager and travelled to the concert from Dallas, was a baby when he moved with his family from Karachi, Pakistan, to Texas.

Basil Baig told reporters that rapper Scott, Live Nation Entertainment Inc and “anybody who was affiliated with the Astroworld festival, they should be held liable and accountable for everything. They have blood on their hands.”

Houston mayor Sylvester Turner said authorities were looking at video footage and talking to witnesses, concert organisers and people who were hospitalised.

He told reporters on Saturday (6) that the eight people killed were aged from 14 to 27, with one person’s age unknown.

Survivors of the incident described chaotic scenes of people squeezed up against one another, with many struggling to breathe.