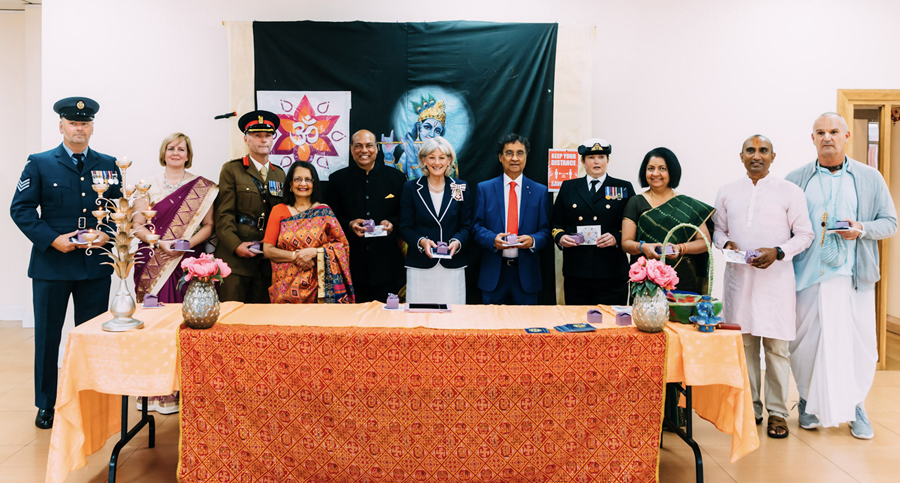 THE Hindu Council of Wales celebrated on Sunday (22) the festival of Raksha Bandhan with members of the armed forces.

The annual ceremony involves sisters of all ages tying a ‘rakhi‘ (amulet) on the wrists of their brothers, symbolically protecting them. The brothers give them gifts in return.

The event was organised by the council along with Indian Honorary Consul to Wales Raj Aggarwal.

The event, like those in previous years, was held to show solidarity with the armed forces, emergency services and community leaders for their valuable contribution to the community.