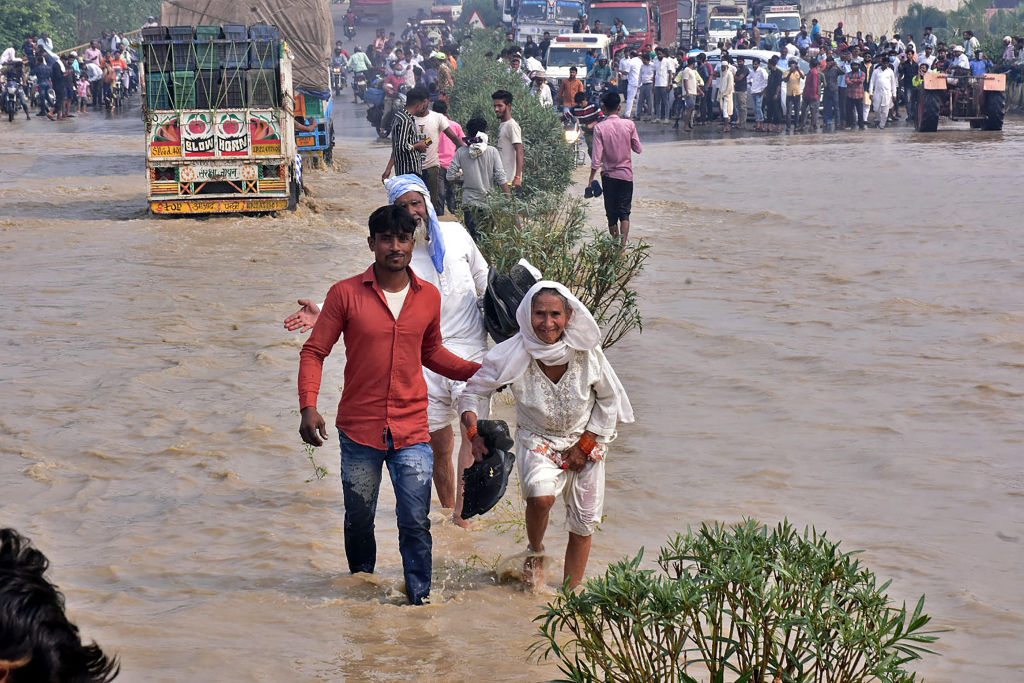 NEARLY 200 people have died in floods and landslides in India and Nepal, officials said Thursday (21), with whole families buried in their homes and two young girls swept away as forecasters warned of yet more heavy rain.

Experts say that they were victims of the ever-more unpredictable and extreme weather that has hit South Asia in recent years caused by climate change and exacerbated by deforestation, damming and excessive development.

The unusually late deluge of rain in the region saw Nepal record the sharpest rise in casualties overnight, with 88 people now dead, among them a family of six whose house was obliterated by an avalanche of soil and debris.

“It doesn’t rain this time of the year,” said Nawaraj Kattel, 37, a local journalist who fled his flooded home in Morang in eastern Nepal.

“There are about 100 families in our area, everyone fled. We are staying at my sister’s house but many don’t have shelters. Many have also lost their harvest.”

In the Himalayan northern Indian state of Uttarakhand, some parts of which recorded the most rain in more than a century, 55 people were confirmed Thursday to have died.

They included five people from a single-family whose house was buried by a massive landslide.

Many bridges and roads have been damaged and many towns have been cut off, and the army has been brought in to restore contact and reach thousands of people stranded. Thousands were without power.

In Kerala in southern India, where 42 people have died since last week, forecasters issued warnings of heavy rains in at least three districts in the state after a respite in recent days.

The flooding in the state adjoining the Arabian Sea — which scientists say is warming — has revived memories of 2018, when nearly 500 people perished in the worst flooding there in a century.

“We have seen death in the face. We are very lucky to be alive,” said Sasidharan, 72, who lost his ancestral house in a landslide and is now in a relief camp.

“We heard the sound of rocks falling and looked outside. I was really scared,” said his granddaughter Nandana, 11.

“Our neighbours are gone. They were my friends. We used to play together.”

Five people died in the eastern Indian state of West Bengal, including two girls aged eight and 10 from the same family swept away as heavy rains pounded the hills of Darjeeling and other districts.

“Mud, rocks and water tumbling down the hills of Darjeeling damaged nearly 400 houses and several thousand people were evacuated away from the swollen rivers on the foothills,” said disaster management minister Javed Amhed Khan.

The Met office issued a red alert for the state, warning that extremely heavy rainfall would continue in Darjeeling, Kalimpong and Alipurdur on Thursday.

The Red Cross said its teams were helping with relief efforts in both countries and warning people living further downstream of further threats from rising floodwaters and landslides.

“Crops and homes have been wiped out, which is a severe blow to families already grappling with the devastating fallout of the Covid-19 pandemic,” it said.

“The people of Nepal and India are sandwiched between the pandemic and worsening climate disasters, heavily impacting millions of lives and livelihoods.”