Johnson was forced to announce his resignation earlier this month after a mass rebellion against the latest. 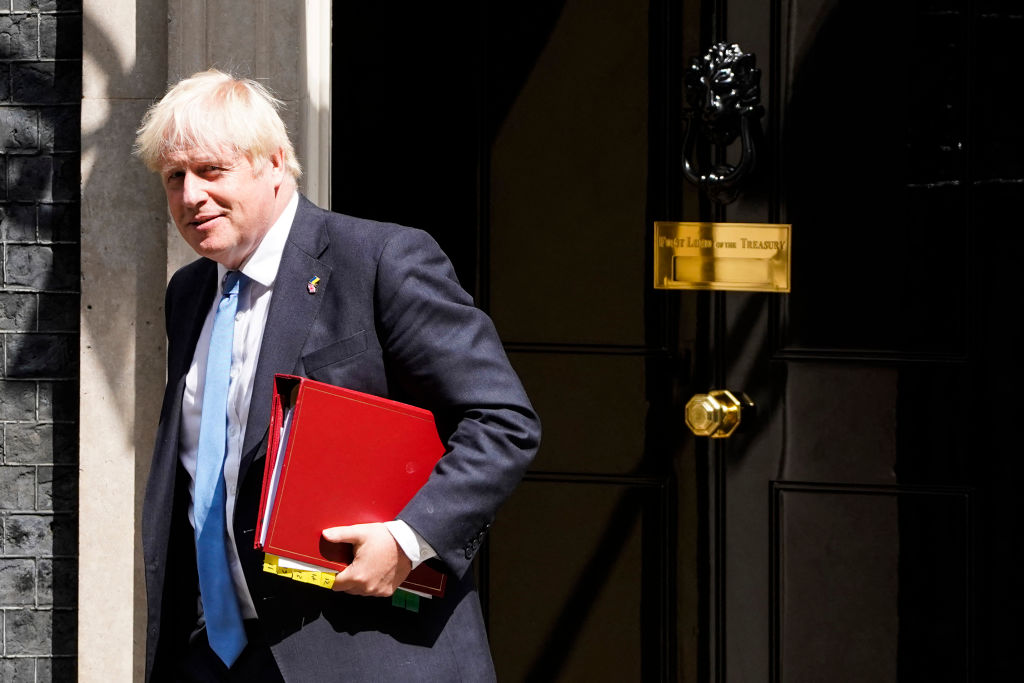 Britain’s Prime Minister Boris Johnson leaves from 10 Downing Street in central London on July 20, 2022 to head to the Houses of Parliament for his last weekly Prime Minister’s Questions (PMQs) session. (Photo by NIKLAS HALLE’N/AFP via Getty Images)
Follow Us

BRITISH Prime Minister Boris Johnson bowed out of his final showpiece parliamentary appearance with a round of applause from his party, jeers from opponents and an enigmatic exit line: “Mission largely accomplished … hasta la vista, baby.”

Johnson was forced to announce his resignation earlier this month after a mass rebellion against the latest in a string of scandals that his party decided had undermined his ability to lead the country any longer after three turbulent years in charge.

Speaking in his final “Prime Minister’s Questions”, the weekly fixture of the political calendar which pits the prime minister against his opponents in rowdy debate, Johnson sought to shape his legacy around the Covid-19 response and his support of Ukraine in its defence against Russia.

“We’ve helped, I’ve helped, get this country through a pandemic and help save another country from barbarism. And frankly, that’s enough to be going on with. Mission largely accomplished,” Johnson said.

“I want to thank everybody here and hasta la vista, baby.”

The line, borrowed from Arnold Schwarzenegger in the 1991 movie “Terminator 2: Judgment Day” and translated as “see you later”, prompted a round of applause from most on his own side.

Only two weeks ago, some of those clapping had resigned from his government, criticised his leadership and demanded he quit. Reporters in the debating chamber said his predecessor, Theresa May, did not stand to clap.

Opponents did not join in the applause either, having earlier used the question-and-answer session to take him to task over a range of policies, from the as-yet unfinished Brexit to his response to soaring living costs.

With an eye on an election due in 2024, opposition leader Keir Starmer sought to highlight division in the ruling party, listing criticisms of government policy set out by the lawmakers from Johnson’s own side who are vying to replace him

“He’s decided to come down from his gold-wallpapered bunker for one last time to tell us that everything is fine. I am going to miss the delusion,” Starmer said.

“Remember, above all, it’s not Twitter that counts, it’s the people that sent us here,” he said.