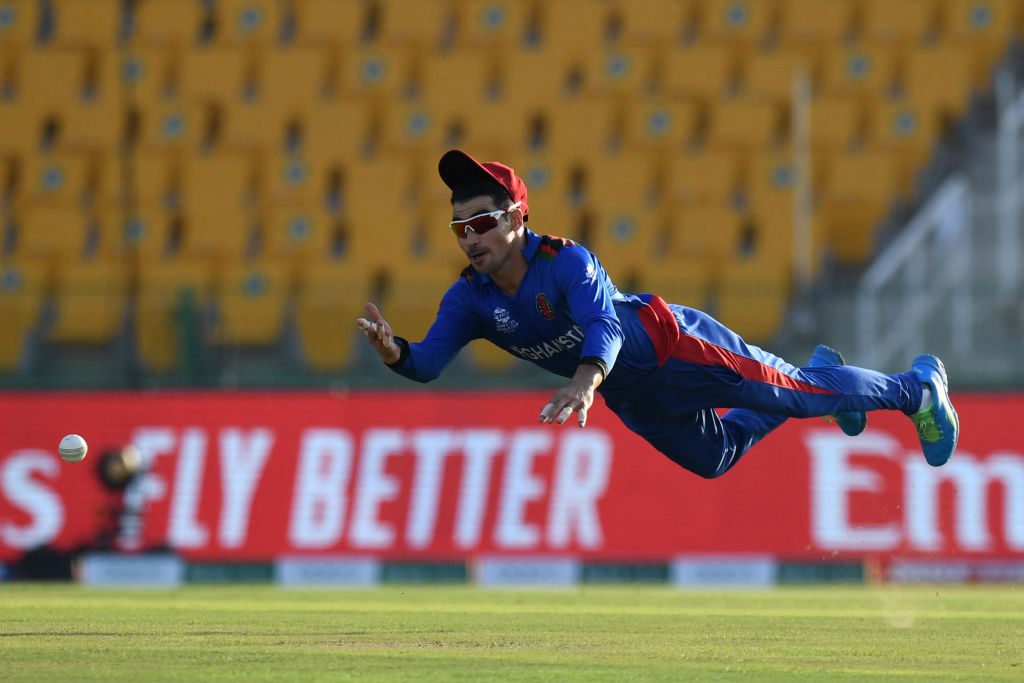 FILE PHOTO: Afghanistan’s Rahmanullah Gurbaz dives for the ball during the ICC mens Twenty20 World Cup cricket match between Afghanistan and Namibia at the Sheikh Zayed Cricket Stadium in Abu Dhabi on October 31, 2021. (Photo by INDRANIL MUKHERJEE/AFP via Getty Images)
Follow Us

Gurbaz, a wicketkeeper-batsman, has played 20 T20 internationals, scoring 534 runs at a strike rate of 138.

The Titans, who are making their IPL debut along with Lucknow Super Giants this season, picked the Afghan player at his base price of $66,000, the franchise said in a press release.

Gurbaz, 20, will be the third Afghanistan cricketer alongside Rashid Khan and Noor Ahmad to feature for the franchise, it added.

The Titans had been looking for a replacement after Roy pulled out of the IPL last month, citing the challenges of staying in the tournament bubble.

The IPL, comprising 70 league matches and four playoffs, will be played over 65 days across four venues in the western state of Maharashtra.

Roy, who has taken an indefinite break from cricket, was bought by Titans at the IPL auction last month for his base price of $266,000.

Gujarat Titans will face Lucknow Super Giants in their first IPL game on March 28 in Mumbai.

The lucrative, money-spinning IPL is regarded as the world’s most valuable cricket tournament.