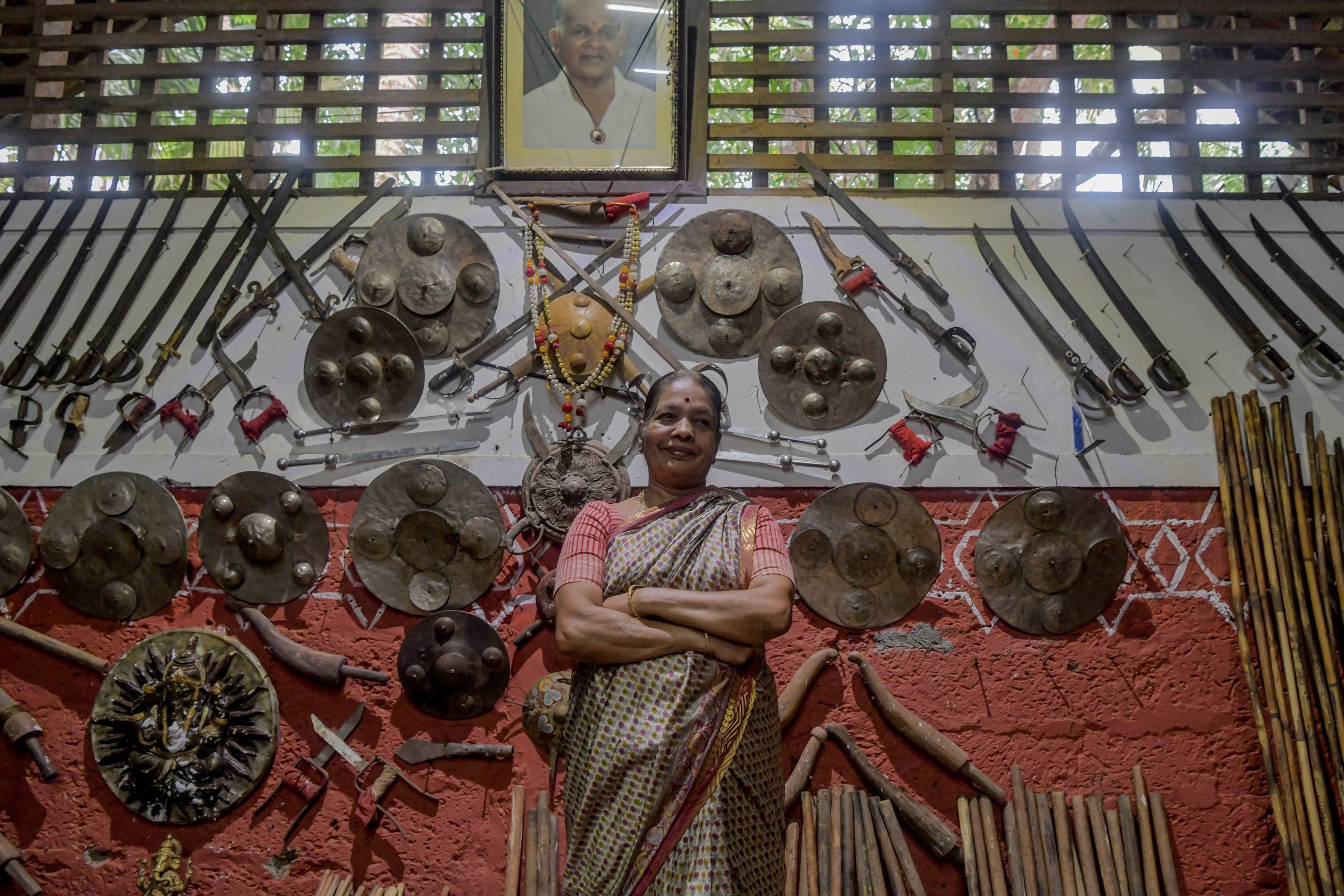 Deftly parrying her son with a bamboo cane, Meenakshi Amma belies her 78 years with her prowess at kalari, thought to be India’s oldest martial art.

The great-grandmother in Kerala, southern India, has been a driving force in the revival of kalaripayattu, as the ancient practice is also known, and in encouraging girls to take it up.

“I started kalari when I was seven years old. I am 78 now. I am still practising, learning and teaching,” said the matriarch of the Kadathanad Kalari Sangham school, founded by her late husband in 1949.

“When you open the newspapers, you only see news of violence against women,” she said.

“When women learn this martial art, they feel physically and mentally strong and it makes them confident to work and travel alone.”

Kalari, which contains elements of dance and yoga, can involve weapons such as swords, shields and staffs. Reputedly 3,000 years old, and mentioned in ancient Hindu scriptures, it remains infused with religion in the present day.

India’s British colonial rulers banned the practice in 1804 but it survived underground before a revival in the early 20th century and after independence in 1947.

In recent decades it has come on in leaps and bounds, thanks in no small measure to Meenakshi, who won a national award in 2017.

Now it is recognised as a sport and practised all over India.

Inside Meenakshi’s kalari hall, her bare-chested son Sanjeev Kumar, a lungi tied around his waist, puts barefoot pupils — boys and girls alike — through their paces on the ochre-red earth floor.

“When totally connected mentally and physically to kalari, then the opponent disappears, the body becomes eyes.”

“It’s a form of poetry,” said civil engineer Alaka S. Kumar, 29, daughter of Kumar and the mother to some of Meenakshi’s many great-grandchildren.

“I am going to teach kalari, with my brother. We have to take over. Otherwise it is gone.”