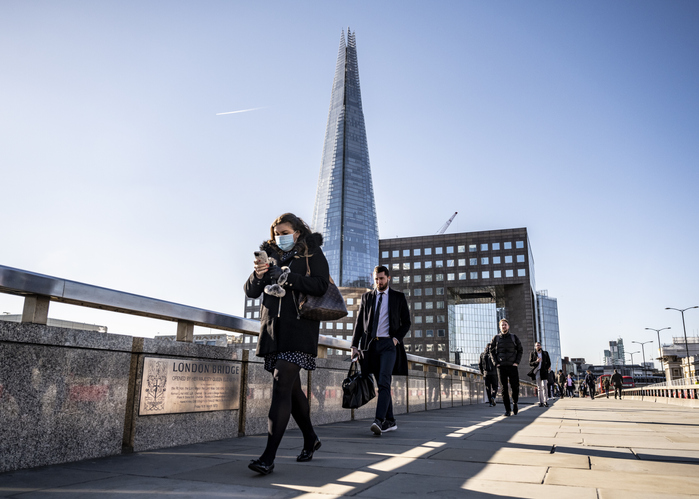 MILLIONS of office staff in Britain may soon be given the right to choose work from home arrangement permanently, media reports claimed, adding that the government is planning to introduce legislation that will bar bosses from forcing employees to come to the workplace.

A reported leaked Whitehall paper suggests that the government is working on a “hybrid model for new normal” under which employees cannot be forced to return to offices even after the Covid restrictions are lifted.

“We are looking at introducing a default right to flexible working. That would cover things like reasonable requests by parents to start late so they can drop their kids at childcare,” Daily Mail quoted a Whitehall source in a report on Wednesday (16).

“But in the case of office workers in particular it would also cover working from home – that would be the default right unless the employer could show good reason why someone should not,” the source said.

The government is said to consult on the plan over the summer while possible legislation may come later this year though such a move is most likely to spark a fierce cabinet battle.

Both prime minister Boris Johnson and Chancellor of exchequer Rishi Sunak are known for being strong proponents of returning to the office and have spoken about the benefits of office life as well as the danger that a permanent home-based culture can create “zombie towns”.

A report from Tony Blair this week also warned that almost six million white-collar jobs are at risk of being shipped abroad if the work-from-home revolution continues.

Former CBI director general and trade minister Digby Jones also warned in a column on Thursday (17) that if the government goes ahead with its plans for the right to “hybrid working”, Britain is at the risk of becoming a “zombie nation that no longer functions as a vibrant, essential destination for international capital and foreign visitors”.

In contrast, cabinet office minister Michael Gove suggested this week on Radio 4 that the UK may not go “back to the status quo”, reportedly referring to a hybrid model that included home working.

At present, employees have the legal right to request flexible working after working for an employer for at least 26 weeks. Employers can reject the application for several reasons.