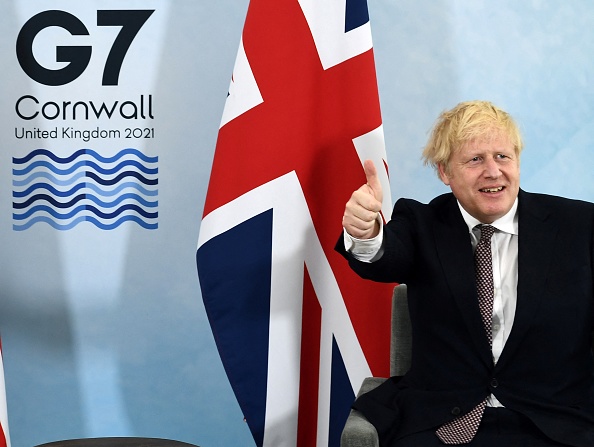 Britain’s prime minister Boris Johnson makes a thumbs-up gesture during a bi-lateral meeting with US President Joe Biden (unseen) at Carbis Bay, Cornwall on June 10, 2021, ahead of the three-day G7 summit being held from 11-13 June. (Photo by Brendan Smialowski / AFP) (Photo by BRENDAN SMIALOWSKI/AFP via Getty Images)

US president Joe Biden said he wanted the US-backed Build Back Better World (B3W) plan to be a higher-quality alternative to a similar Chinese programme.

China’s Belt and Road Initiative (BRI) has helped finance trains, roads, and ports in many countries. However, the programme has been criticised for burdening some with debt.

The US has been particularly critical of China’s so-called “debt diplomacy”.

Meanwhile, the US officials insisted the new plan is about presenting a positive alternative for the world.

In a statement, the G7 leaders said they would offer a “values-driven, high-standard and transparent” partnership.

However, details of how the global infrastructure plan will be financed remained unclear.

German chancellor Angela Merkel said the group was not yet at a stage to release financing for its initiative.

The G7 members also committed to a new plan to stop future pandemics.